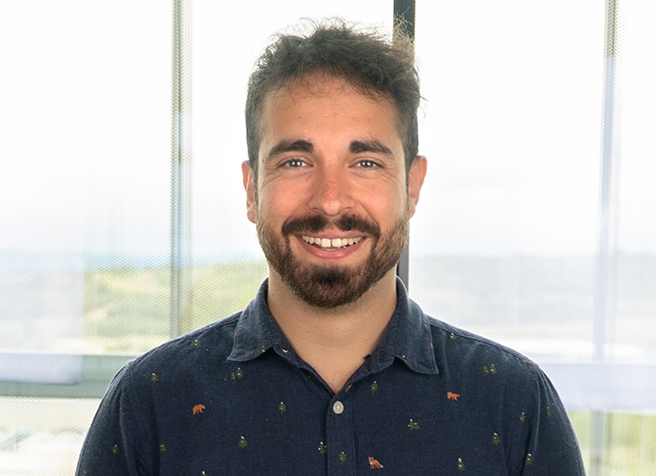 Asier Fernández De Añastro obtained his degree in chemistry at the University of the Basque Country in 2014 and completed his master degree in new advanced materials in 2015 between the University of Cantabria and the University of the Basque Country. During his career, he worked at the FAES FARMA pharmaceutical company as an R&D researcher and he became part of a junior company to launch a new drink known as “Gik”. Asier completed the master´s thesis at CIC energiGUNE (Vitoria-Gasteiz, Spain) developing new polymeric electrolytes for sodium batteries.

In 2015 he received the “global training” grant, which gave him the opportunity to go to Melbourne (Australia) to continue his research. Asier spent 6 months working at the “Institute for Frontier Materials” in Maria Forsyth´s group (Deakin University, Melbourne) developing polymer electrolytes for zinc batteries.

In 2016 Asier began his PhD thesis at the POLYMAT institute under the supervision of Professor David Mecerreyes in collaboration with the "Institute for Frontier Materials" in Australia and CIC energigune in Spain. During the thesis Asier developed a wide variety of polymer electrolytes based on mixtures of different polymers and ionic liquids for energy storage applications. During the thesis, he made his second stay in Melbourne, Australia at the “Institute for Frontier Materials” and finish his thesis in 2019.

Once the thesis was completed, Asier joined “Papelera Guipuzcoana Zicuñaga S.A. (IBERPAPEL group) ”as head of production of the fiber line of the celulose factory in Hernani (Guipúzcoa). During his stay in the factory, he was involved in the project of the new fiber line, as well as the group of people responsible for the pulp production.

In June 2020 Asier joined CIC energigune as a postdoctoral researcher in the polymer electrolyte line.