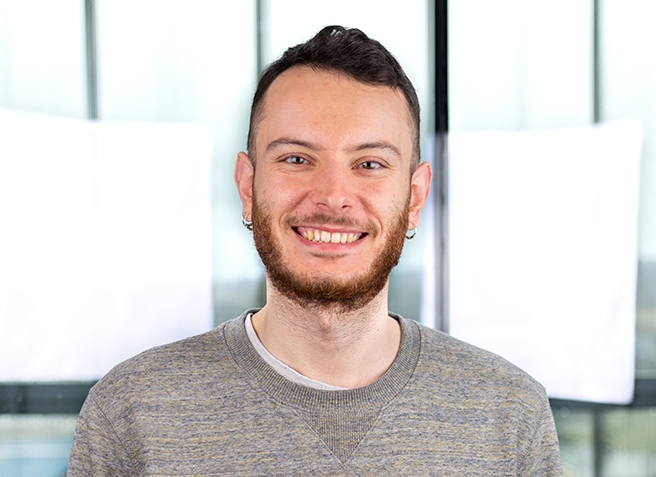 Eduardo Gil Jiménez obtained his Chemistry degree in 2018 from the University of La Rioja. He did his Final Degree Project in the “Biological Chemistry” research group of the same University, conducting a research project on the synthesis of several fluorescent derivatives, namely, reproducing the chemical reaction that is produced inside the body of fireflies. Subsequently, he continued his academic career pursuing a Master’s Degree in Synthetic and Industrial Chemistry at the University of the Basque Country. He developed his Master´s thesis in the “New Synthetic Methodologies” research group, performing aromatic ring´s one-pot trifunctionalisation reactions catalyzed by palladium. After completing his studies, he worked as a researcher for Faes Farma, a Spanish pharmaceutical company, synthesizing different precursors of untested drugs. Besides this, he has also worked as quality control and laboratory technician in Cocatech, being responsible for the quality assurance processes and testing of products. Nowadays, Eduardo is working at CIC energiGUNE as a laboratory technician in the “Polymer-Rich Electrolyte Batteries” research line.