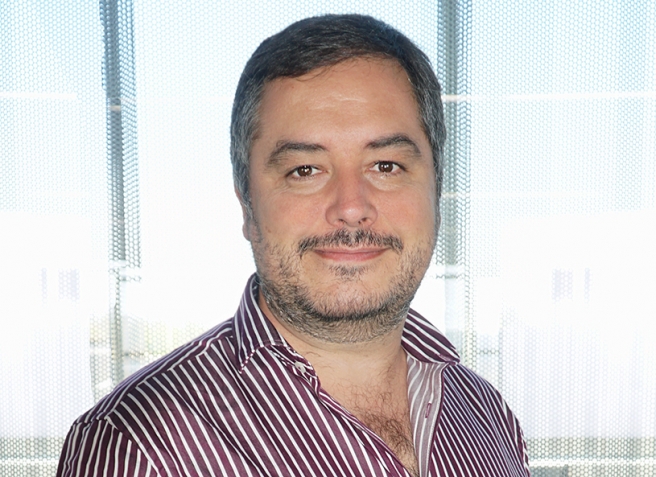 Miguel Ángel Muñoz Márquez is the Group Leader of Advanced Interfacial Analysis and the Head of the Surface Analysis Platform in CIC energiGUNE. He obtained his BSc in Physics in 2002 from the University of Valencia (Spain) and PhD in Physics in 2005 from the University of Warwick (UK). After postdoctoral stages in the Materials Science Institute of Seville and University of the Basque Country in Spain and the University of Western Ontario in Canada, he joined CIC Energigune in 2011. Ever since, he has been focused on the interfacial phenomena of electric energy storage devices, e.g. Li-ion, Na-ion, solid state and Li-metal batteries. Following a multitechnique approach based on surface specific techniques such as photoelectron spectroscopy, scanning probe microscopies and optical spectroscopies correlated with electrochemical testing he has investigated the driving factors of the electrochemical performance beyond the intrinsic electroactive material properties namely SEI formation and evolution, modification of electrode surfaces and development of thin film batteries. All this research has been carried out within the framework of European, national and regional projects, as well as industrial collaborations. Up to date his research at CIC energiGUNE has attracted more than 2,500,000 € funding that, among others, have allowed to explore the application of thin film batteries in nanosatellites, the development of Li-metal anodes and the use of laser technologies for improving battery performance. Since 2015, Miguel Ángel is professor of the Physics PhD Program in the Applied Physics Department of the University of the Basque Country, supervising several PhD and MSc thesis.