Enric Brillas, of the University of Barcelona, winner of the 2019 “CIC energiGUNE Scientific Research” Award

Teófilo Rojo and Asier Urzelai, Scientific Director of the Electrochemical Area and HR Director at CIC energiGUNE respectively, presented the award at the ceremony held this Wednesday in Huelva, Spain, at the XL Meeting of the Spanish Royal Society of Chemistry.

Enric Brillas, a researcher at the University of Barcelona, has today been presented with the 2019 “CIC energiGUNE Scientific Research” Award of the Spanish Royal Society of Chemistry (RSEQ) Group of Electrochemistry. The awards ceremony, held in Huelva on the occasion of the XL Meeting of the RSEQ, was attended by Teófilo Rojo, Scientific Director of the Electrochemical Area and Asier Urzelai, CIC energiGUNE HR Director at the Basque research centre.

The award, worth 4,000 euros, is designed to promote scientific study, technological development and industrial innovation in the field of electrochemistry. The jury considered that the project submitted by Enric Brillas Coso, of the University of Barcelona, deserved this recognition. 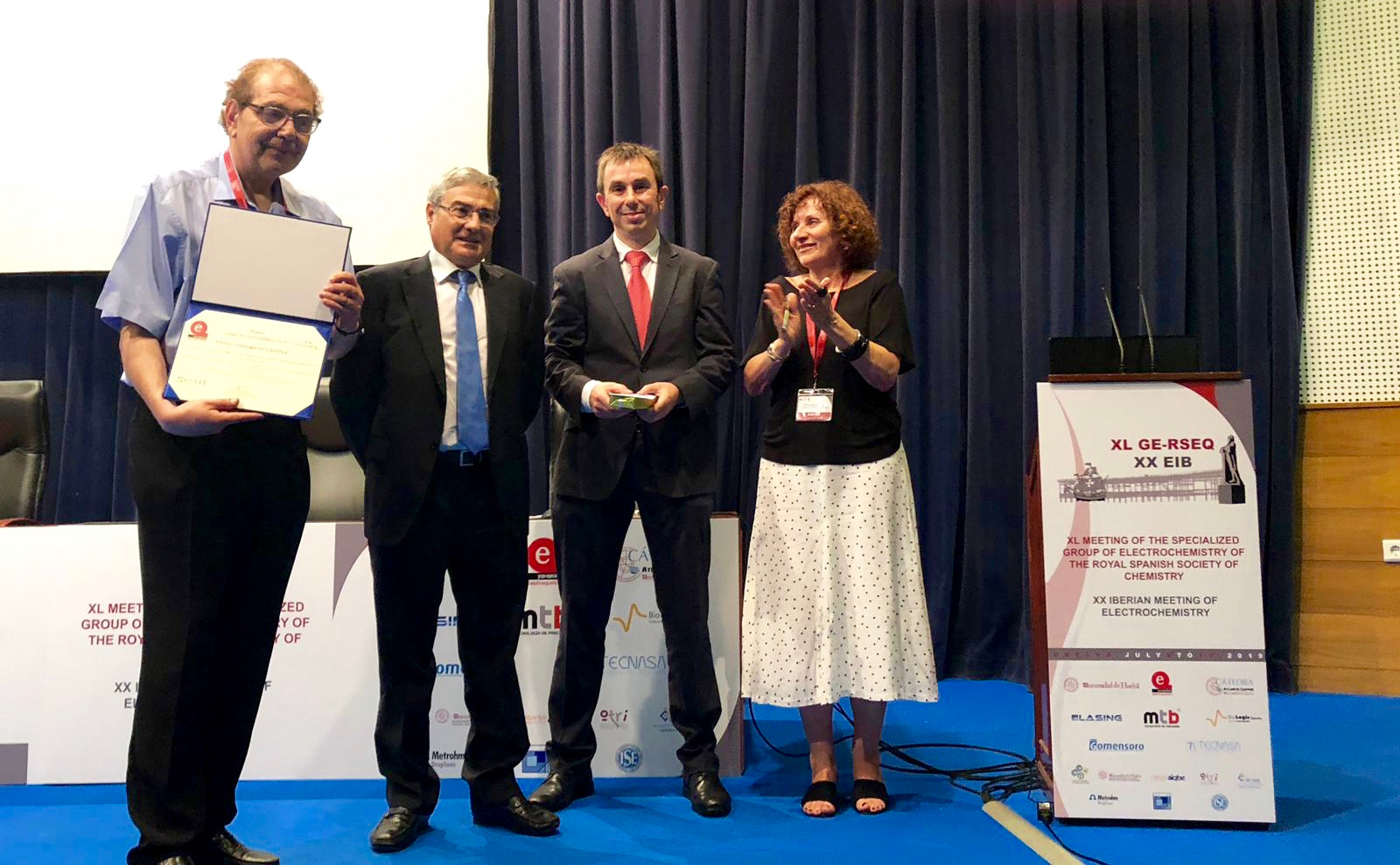 The awards ceremony, held in the Jacobo del Barco Building of the University of Huelva, was held as part of the XL Meeting of the Spanish Royal Society of Chemistry (RSEQ) Group of Electrochemistry and the XX Iberian Meeting of Electrochemistry, attended by academic experts in this field. CIC energiGUNE has been represented by Teófilo Rojo, Scientific Director of the Electrochemical Area and Asier Urzelai, HR Director, who have also been jury members.