Michel Armand, reference researcher at CIC energiGUNE, distinguished in Atlanta with the “Fellow of The Electrochemical Society” award

The prestigious “Electrochemical Society”, founded in 1902 and celebrating its 242nd congress this week in the United States, recognizes with this award “the scientific achievement and service to society” of the French scientist, considered the “father” of solid-state batteries.

Michel Armand, refernce researcher at CIC energiGUNE, has been awarded the “Fellow of the Electrochemical Society” prize, granted by this prestigious association in recognition of “scientific achievements and service to society”. Armand has received the award during the celebration of the 242nd Congress of the Electrochemical Society (ECS), which is taking place this week in Atlanta (USA).

“This award is a mark of high distinction given by the scientific community itself in recognition of the most outstanding technological contributions in the field of electrochemistry”, said ECS. The award, which Armand has received from ECS president, Turgut Gür, during the Plenary Session of the Congress, was established in 1989 and is awarded each year to 15 renowned researchers.

Armand’s candidacy was presented by Stefano Passerini, member of the Board of Directors of the Helmotz Institute Ulm (HIU) for Electrochemical Energy Storage and renowned player in the European battery ecosystem, to whom the CIC energiGUNE scientist has had words of gratitude. 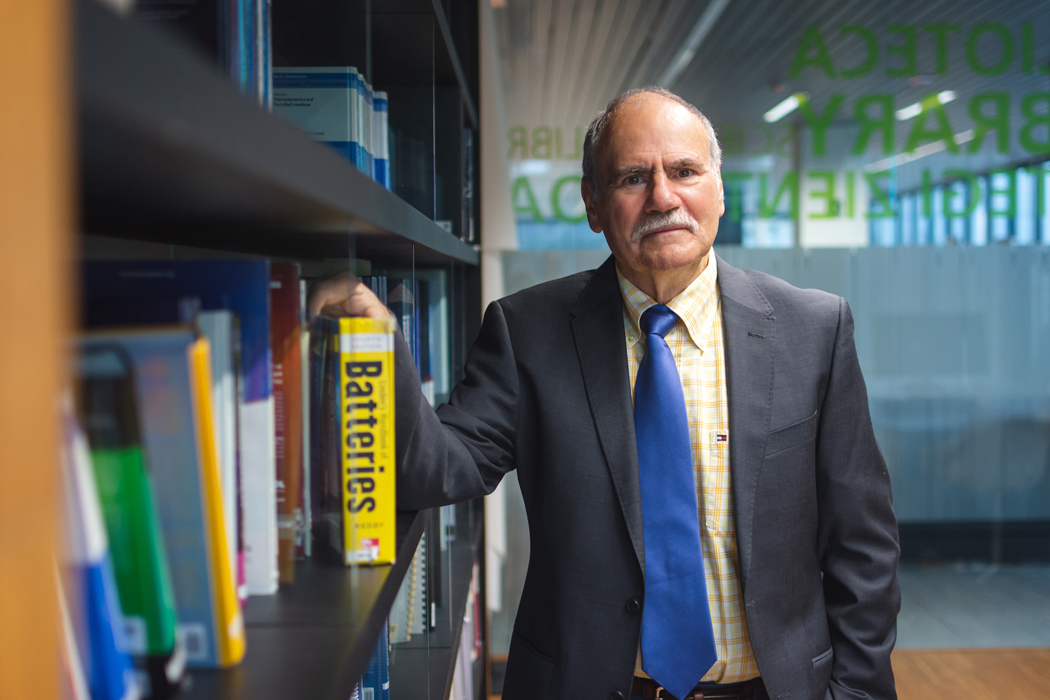 In this sense, it is worth remembering that Michel Armand is considered by the scientific community as the “father” of solid-state batteries and the “ideologist” of many conventional lithium-ion technologies. Born in France in 1946, Armand began research on rechargeable lithium-ion batteries in the late 80’s –through the combination with solid-polymer electrolyte- which has led to the development of the main technologies associated, among others, with electric vehicles. He is currently in charge of the solid electrolyte research area at CIC energiGUNE, where he coordinates a working team focused on achieving the solid-state battery for the electric vehicle of the future.

The “Electrochemical Society”, for its part, has led the international field of electrochemistry since 1902 as a non-profit professional association promoting scientific theory and practice by publishing cutting-edge research, organizing prestigious meetings, and promoting training and education.