From tomorrow, the Europa Conference and Exhibition Centre will host the 4th International Forum on Progress and Trends in Battery and Capacitor Technologies under the title “Power Our Future”. This conference, organised by CIC energiGUNE and running through to 5 July, will be attended by over 150 professionals from around the world, and will showcase the main technological advances on an international level in the field of electrochemical energy storage.

The opening day will be attended by Iosu Madariaga, Director of Technology and Strategy of the Basque Government, and Maider Etxebarria, First Deputy Mayor and Councillor for Economic Promotion, Employment, Trade and Tourism of the City Council of Vitoria-Gasteiz, as well as by all the members of the Scientific Advisory Committee of CIC energiGUNE who, in addition to their participation in the congress, have travelled to Vitoria-Gasteiz to conduct their biannual assessment of the state of research at the Centre. 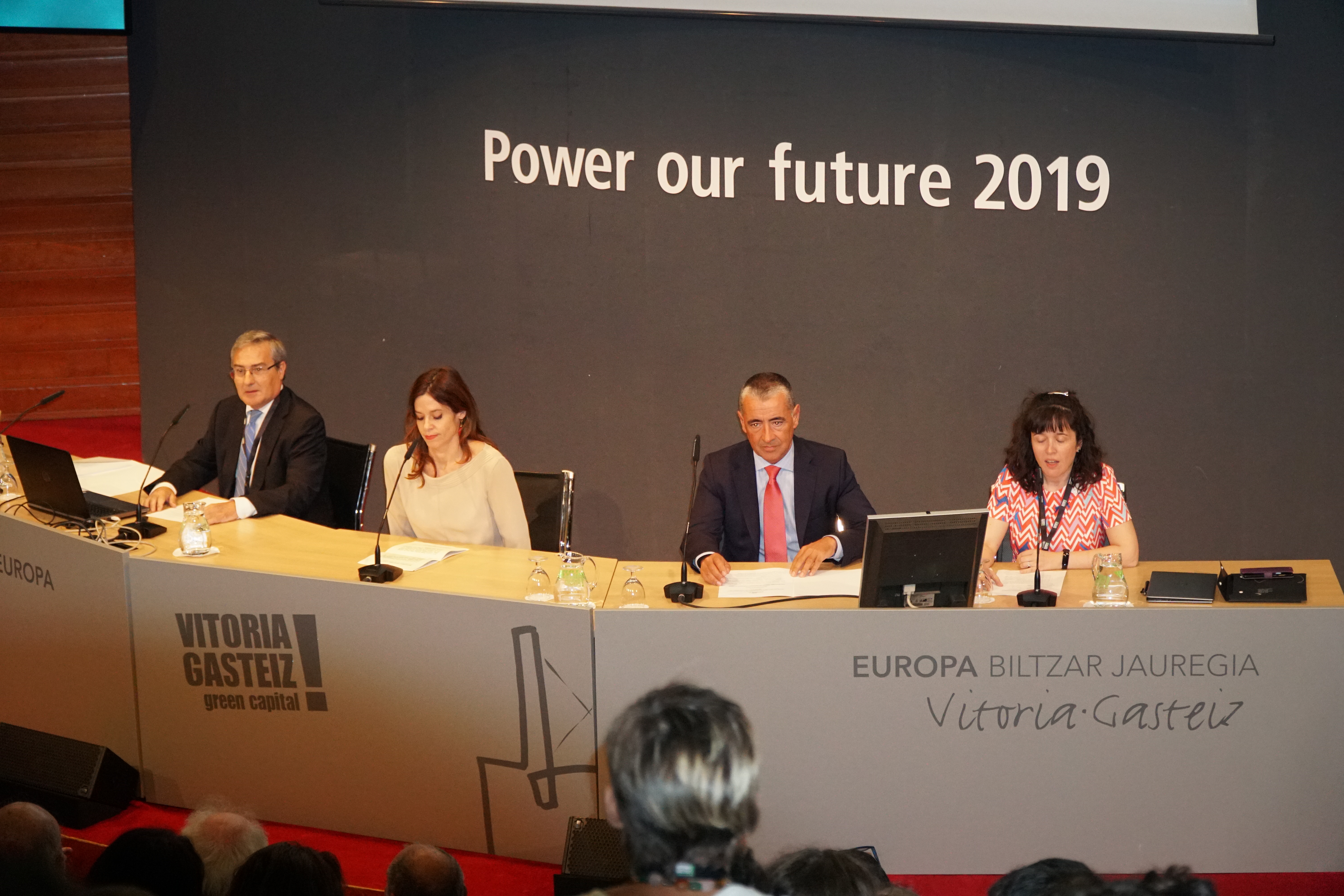 Professor Michel Armand, "father" of the technologies that have driven the development of the most efficient batteries for electric vehicles, will be the keynote speaker of the opening session with a lecture focusing on the development of solid-state batteries. Prof. Armand is currently leading the CIC energiGUNE research line on polymer electrolytes, a field in which the Basque research centre has become a major reference internationally.

In addition to Michel Armand, other keynote speakers at the “Power Our Future” conference include researchers of the calibre of the American John R. Miller, President and founder of JME, Inc., fellow American Steven Visco, an expert in lithium batteries and fuel cells with over 200 registered patents, Professor Claude Delmas (University of Bordeaux, France), Professor John Owen (University of Southampton, U.K.) and Professor Petr Novak (The Paul Scherrer Institute, Switzerland).

The topics to be addressed in Power Our Future 2019 are related to all aspects surrounding research and technological developments of batteries and capacitors, with the added advantage of the presence of leading international experts. After the inaugural session, debate on subsequent days will focus on issues such as solid electrolytes or super capacitors.

Power Our Future was launched in 2012, on the initiative of CIC energiGUNE, as a meeting point for the different players working in the area of electrochemical energy storage and with the aim of moving towards a sustainable energy future. The three editions held to date have regularly attracted over a hundred professionals from both industry and academia and from all over the world to Vitoria-Gasteiz, most of whom have returned year after year.