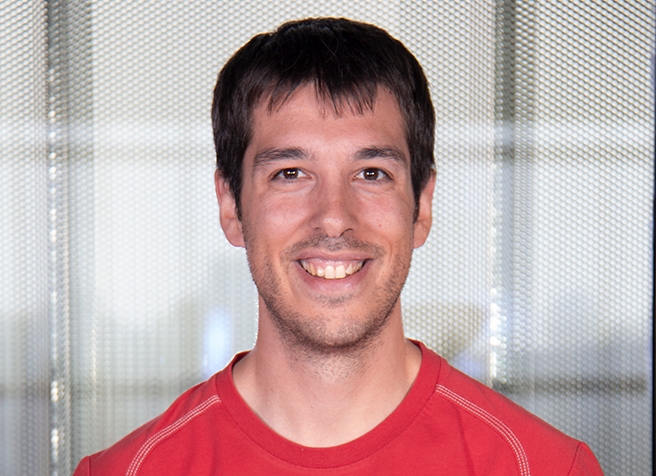 Alexander Santiago obtained a degree in Chemistry, specialized in polymers, from the University of the Basque Country in 2010. During the degree, Alexander obtained a collaboration grant in order to introduce himself in the research world in the Polymer Science and Technology department. Before obtaining a predoctoral grant from the Basque Government in 2011, he was hired as researcher by the University of the Basque Country. He completed his PhD in Applied Chemistry and Polymeric Materials in March 2016 at the University of the Basque Country (San Sebastian, Spain), under the supervision of Professors María Lourdes Irusta and Alba González. During the doctorade research, he published four articles as first author related to the synthesis and characterization of hybrid Inorganic-Organic coatings with specific surface properties. Meanwhile, he did a stay of three months at the IBM Almaden Research Center in San Jose, California, under the supervision of Professors Geraud Dubois and Dan Sanders. His thesis work was focused on the synthesis and characterization of polymeric coatings made from hybrid organic-inorganic precursors. After his PhD, Alexander went on researching in Polymat research group at University of the Basque Country with a temporary contract for recent doctors focused on the development of polymeric materials for coating applications. On September 2016, he is enlisted in the Standard Profil Company, dedicated to the production of polymeric materials for the competitive automobile industry, as a laboratory technician in charge of the development of new materials. In July 2018, he was hired by CIC energiGUNE as Post-Doctoral researcher in Lithium-Sulphur and Polymer Electrolytes lines under the supervision of Dr Heng Zhang and Dra. Chunmei Li. During the period he has been at the center, in addition to getting two publications in high-impact journals, he is supervising the master degree of a student.