Why does the future rely on heat pumps?

Business Thermal
Suscribe to our newsletter

Heat pumps are set to become the universal technological solution to meet domestic and industrial heating needs with a much lower carbon footprint than today´s gas boilers. However, they are currently installed in only 10% of buildings globally. What are the obstacles to their full deployment?

The current invasion of Ukraine has shown that Europe is highly dependent on gas. It is the continent´s second largest source of energy, with the aggravating factor that, in addition, 90% of what is consumed comes from abroad.

For this reason, organizations such as the International Energy Agency are encouraging the electrification of heating through heat pumps, as this would not only allow Europe to become independent of Russian gas, but would also put us on the road to achieving the decarbonization targets set for 2050.

However, the task is arduous, and progressing slower than expected, since, to achieve that goal, 1.8 billion heat pumps must be installed in buildings by 2050, which would cover 55% of global heating energy demand. Compared to the state of the market in 2020, only 180 million heat pumps had been installed, providing only 7% of heating energy.

Moreover, in the race to meet the IEA targets, the European continent was not even at the top of the list; the majority of heat pumps were installed in China (33%), followed by North America (23%), with Europe in third place (12%).

In addition, the data revealed that the market share of these installations had a higher penetration in colder countries. Hence, 60% of heat pumps were installed in Norway, 43% in Sweden, 41% in Finland and 34% in Estonia.

However, this slowdown from the previous year´s growth of just 3% in 2020 - influenced in part by the pandemic - experienced a strong recovery in 2021, achieving - according to the European Heat Pump Association - a 34% growth in heat pump sales in Europe; a figure that had never been reached before.

In total, 2.18 million heat pumps were sold in 21 countries (560,000 units more than the previous year), although only 10 countries accounted for 87% of total sales: France, Italy, Germany, Spain, Sweden, Finland, Norway, Poland, Denmark and the Netherlands, respectively.

This record, according to Thomas Nowak, secretary general of the European Heat Pump Association, is mainly due to three reasons: firstly, European policies that are driving governments to pursue strategies to decarbonize the economy; secondly, the advances that have been made in heat pump technology; and finally, the confinement effect of the pandemic, which has led citizens to consider improving the comfort of their homes.

However, despite this historical record, the total number of heat pumps installed still stands at around 17 million, which is not remarkable when compared to the 20 million gas boilers installed in Germany alone.

So what are the barriers to the mass deployment of heat pumps?

Support for the deployment of heat pumps

Reaching the figures proposed by the International Energy Agency involves witnessing such an ambitious growth trajectory that it would be very difficult to achieve on its own. It requires financial incentives, energy policies and regulatory frameworks to accompany it in the process.

Heat pumps use electricity to move heat from the outside air to the inside of a building in a process so efficient that it is capable of delivering three to four units of heat for every unit of electricity needed to operate it. That means that the medium-term energy savings are very high.

However, the initial investment required to install a heat pump means that not everyone can afford it. So, in order to make heat pumps more affordable and reach all levels of society, tax exemptions or subsidies are needed to encourage homeowners to opt for this technology.

In this regard, the European Commission has launched the REPowerEU initiative, which, among other measures, aims to install 30 million new heat pumps by 2030, saving 35 billion cubic meters of gas consumption per year.

In addition, establishing energy policies for existing buildings, through the development of energy codes that favor those that are more efficient, would also accelerate the conversion to electricity.

Although heat pumps are a possible answer to reducing Europe´s dependence on gas, installing them in inefficient homes could overload the electricity grid by increasing electricity demand for optimal levels of comfort in the home. Hence, improving the insulation of buildings is considered a prerequisite for the installation of heat pumps.

On the other hand, regulatory action such as a ban on gas boilers in newly constructed houses would also encourage a switch in favor of heat pumps.

Some European countries have already started to place limitations on fossil fuel heating, not only in new buildings but also in existing ones.

The German government has announced that, from 2026, all heating systems will have to run on at least 65% renewable energy. Countries such as Denmark, Norway, Sweden and Finland have announced bans on oil-based heating systems. So have Ireland, Flanders (Belgium) and Austria, which have banned oil-fired boilers in new buildings, and the Netherlands, which no longer allows new homes to be connected to the gas grid.

All the measures mentioned above will undoubtedly help the proliferation of heat pumps. But not only that, but also to reach the target of zero net emissions by 2050, since, as mentioned above, heat pumps deliver between 3-4 units of heat per unit of energy (as opposed to gas boilers that deliver 0.9 units of heat per unit of energy), thus reducing energy demand and mitigating their impact in terms of emissions.

In fact, a heat pump installed in a house avoids 1313 kg of CO2 emissions per year. This means that, in less than a year and a half, a heat pump starts saving carbon emissions compared to a gas boiler. 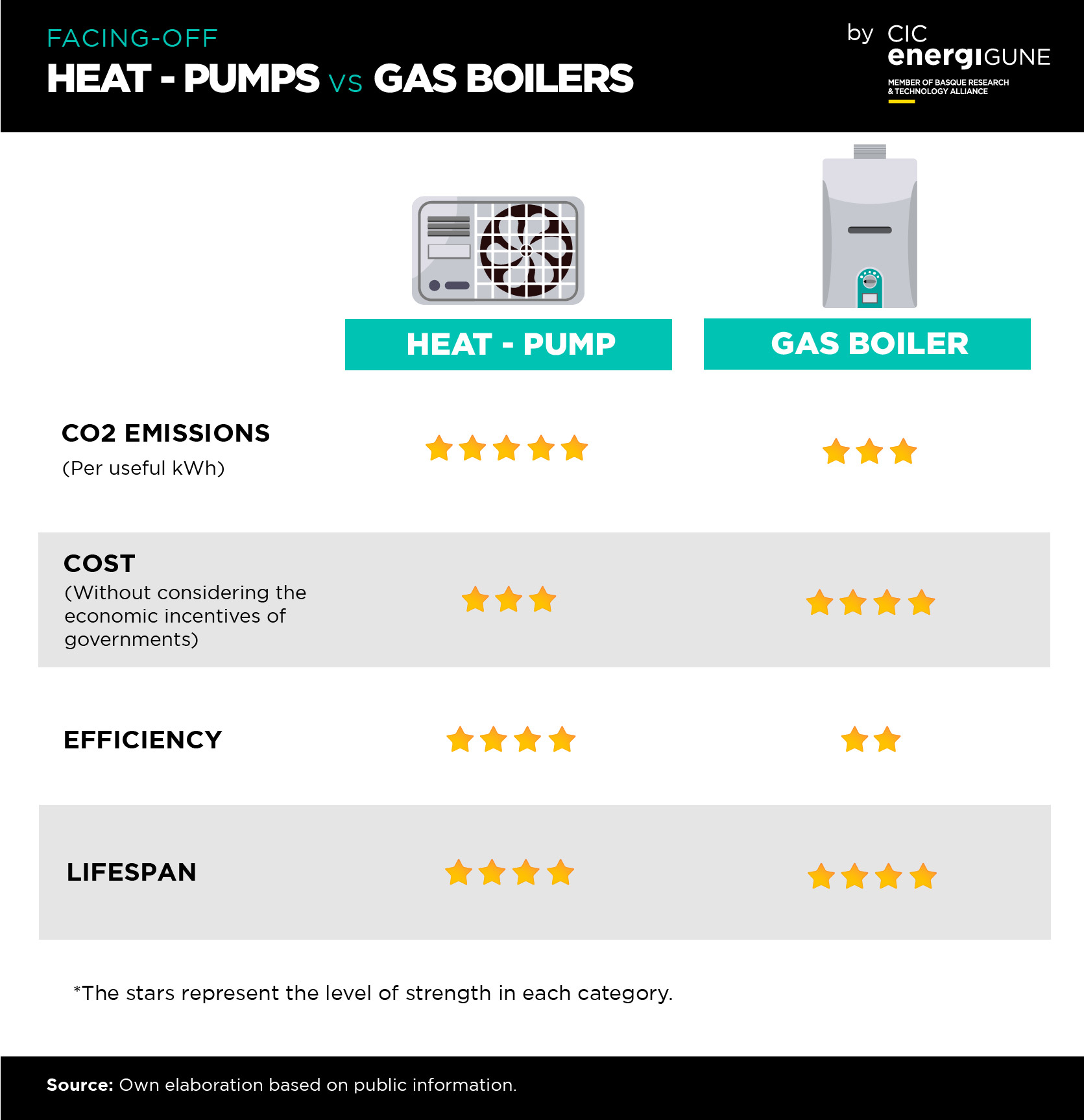 Heat pumps with storage systems to avoid overloading the grid

Although heat pumps are being positioned as the technological solution to combat climate change, at the same time, connecting 1.8 billion heat pumps could jeopardize the stability of the grid and lead to electricity saturation, especially in the most isolated urban areas.

This is why new technological strategies are being developed to solve this problem without affecting the deployment of heat pumps or reducing the level of comfort for users: advanced thermal storage systems.

This is a low-cost solution that can be simply adapted to the operation of a heat pump and offers a highly manageable and efficient HVAC solution that helps to decouple the need for heat from electricity consumption.

While the simplest and most cost-effective thermal storage systems are based on a simple water tank, the challenges associated with space constraints in homes have led to work on more compact advanced solutions that are based on the principles of phase change materials (PCM), offering energy storage densities 3 to 5 times greater than those offered by water.

CIC energiGUNE´s own Thermal Energy Solutions area is working intensively on the development of an air conditioning system for buildings based on a heat pump plus storage with phase change materials. Specifically, it has developed a computational model, together with the company Airlan, which allows to accurately determine the energy and economic improvement provided by the incorporation of a storage system to the heat pump. Thanks to this, the system can store the heat produced during periods of low demand, in order to make use of it during the coldest times of the day, thus displacing peak demand.

As a result of this development, it has been proven that these storage systems reduce the risk of grid saturation and help to achieve the goal of decarbonizing air-conditioning systems globally. 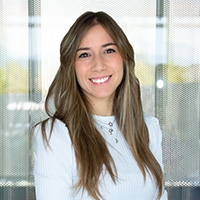