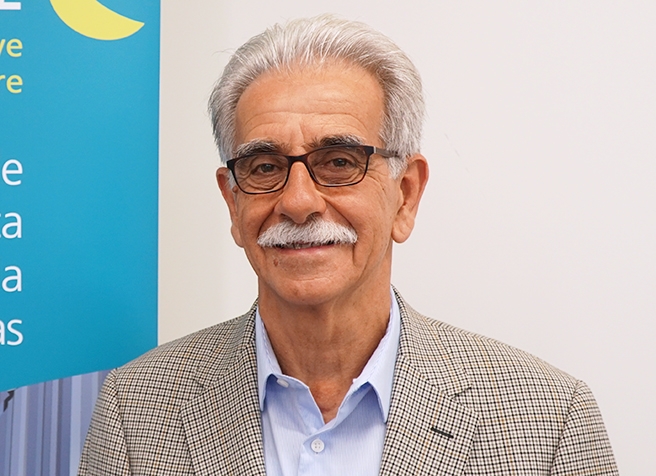 Claude Delmas is CNRS research director at the Bordeaux Institute of Condensed-Matter Chemistry (ICMCB), located on the campus of the University of Bordeaux in France. His current research interests deal with layered oxides and hydroxides, as well as positive electrodes for lithium and alkaline batteries. His most successful studies have involved stabilization of metastable phases and of unusual oxidation states, determination of structural derivations, and characterization of extended defects. He received his DSc degree in solid-state chemistry at the University of Bordeaux in 1976. In 1985, he became the head of the Solid-State Ionics Group at ICMCB, and in 2002, he became deputy director of the institute. He has authored or co-authored more than 200 scientific publications and holds 13 patents.