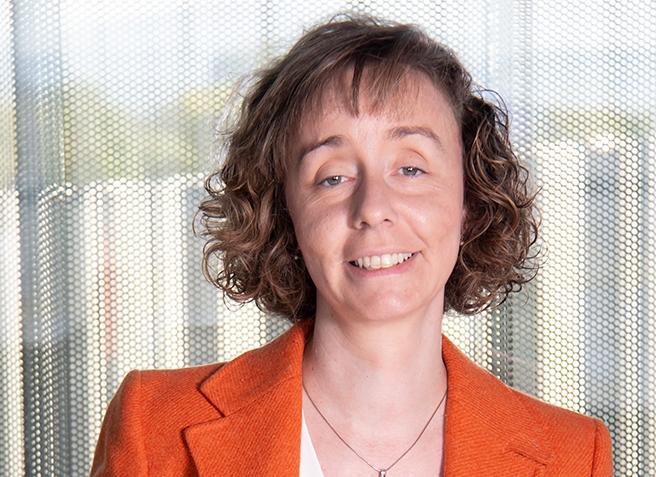 Dr. Elena C. Gonzalo received her PhD in 2011 for her research into the development of lithium ion battery cathode materials, carried out at Complutense University (Madrid, Spain). Her PhD thesis, supervised by Prof. Flaviano García-Alvarado and Prof. Alois Kuhn from the University San Pablo CEU, was titled "Transition Metal Fluorides and Chlorides as electrodes for lithium batteries with high specific energy: synthesis, structural characterization and electrochemical features". During the period of her doctoral studies, she undertook three research stays: the first for 6 months at the Ångström Laboratory in Uppsala University (Uppsala, Sweden, 2006) to work on Li ion batteries with Professor Josh Thomas; the second for two months in the Prof. H.-J. Meyer group at the University of Tubingen (Tubingen, Germany, 2007) where she learnt new synthesis methods to obtain Nb-cluster compounds; and the third for two months at Professor S. Islam´s group (University of Bath, Bath, United Kingdom, 2010) where she used simulation methods to study Li-Fe-F based compounds. As a result of her strong dedication to research, she was awarded the best PhD thesis in the 2011-2012 course at the Complutense University, Chemistry Faculty. After this period, she worked as a Post-Doctoral Researcher at Complutense University and as an assistant lecturer for the 1st course of Pharmacy Degree in the General Chemistry and Inorganic Chemistry subjects at Universidad San Pablo CEU. First joining CIC energiGUNE in 2012 as a Postdoctoral researcher, she was promoted to Associate Researcher in 2017. During this time she undertook a research stay at Professor Peter Bruce´s group at the University of Oxford (Oxford, United Kingdom, 2016) where she designed and developed a new cathode material for sodium ion batteries. Currently her research interests are focused on new Li- and Na- based electrode materials for rechargeable batteries, and in studying the interphases between all cell components. Dr. Gonzalo has written more than 40 research papers published in internationally recognized and high impact journals, has two patents, and has worked as a key member of several Regional, National and European competitive Research projects.