Emeritus Professor in Electrochemistry within Chemistry at the University of Southampton, UK 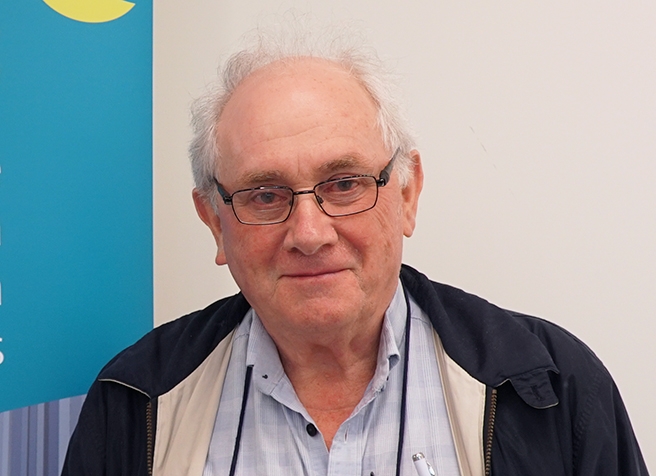 Dr. John Owen obtained his first degree in Chemistry from Imperial College, London, where he also studied for his Ph.D. in Organic Electro-optic Crystals under the late E.A.D. White. He then worked on Solar Energy at the Materials and Energy Research Centre in Iran until in 1979 revolution brought him back to the Wolfson Centre for Solid State Ionics in Imperial College as Wolfson Fellow working on polymer electrolytes. In 1984 he was appointed lecturer in the Department of Chemistry and Applied Chemistry at the University of Salford before joining the School of Chemistry at Southampton in 1990 where he is now a Professor in the Southampton Electrochemistry Group and leader of the Solid State Electrochemistry Group which investigates electrode and polymer electrolyte materials for batteries, supercapacitors, fuel cells and electrochromic devices.

John is a Fellow of the Royal Society of Chemistry and a member of the Editorial Board of the Journal of Power Sources. He has authored some 100 publications on electrochemical materials relevant to batteries and chaired the Batteries and Supercapacitors symposium of the International Society of Electrochemistry meeting in 2006. Since then he has given invited lectures on nanomaterials, high throughput techniques for lithium ion, 3D microbatteries, lithium-air batteries, in Argentina, Australia, Canada, China,  Germany, Japan,  Singapore, Sweden and USA. He is a co-founder of Nanotecture PLC, a spin-out company of the University.