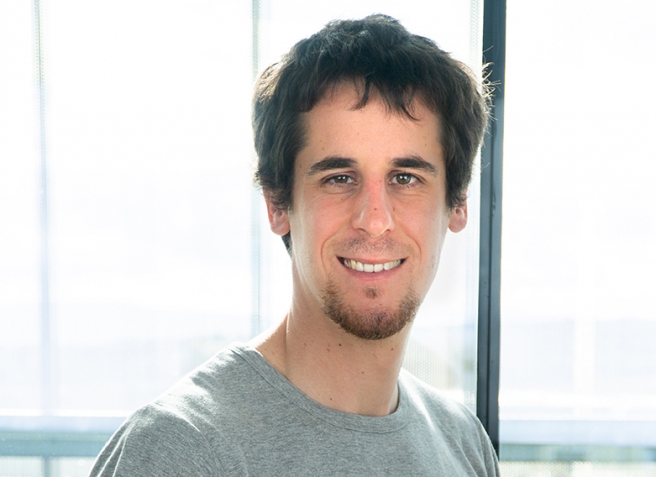 Jon Serrano obtained his degree in chemistry at the University of the Basque Country (UPV/EHU) in 2014. During this period he worked as summer student in the department of organic chemistry at the UPV/EHU (2013) and at CIC energiGUNE (2014). Later, he coursed a master´s in new materials delivered by the UPV/EHU in collaboration with the university of Cantabria (2015), doing the master thesis project at CIC energiGUNE. Later, he began the doctoral thesis under the supervisión of Montse Casas and Amaia Saracibar, which was defended in November 2019. The thesis topic was the study of lithium rich layered oxides batteries. With this work, Jon gained expertise in diverse techniques such as X-ray diffraction (XRD), solid-state nuclear magnetic resonance (NMR) or density functional theory (DFT) calculations. In addition, Jon realized a three month stay at the University of Ilinois at Chicago under the supervisión of professor Jordi Cabana and two short stays at the ICMCB under the supervision of professor Dany Carlier. Ulteriorly Jon was a postdoctoral researcher at the ICMCB (Bordeaux) in collaboration with CIC energiGUNE under Alistore European project. At present, he is working as a postdoctoral researcher in the X-ray diffraction platform in the sodium ion research line in the synthesis and characterization of hard carbons as anode materials in Na-ion batteries.