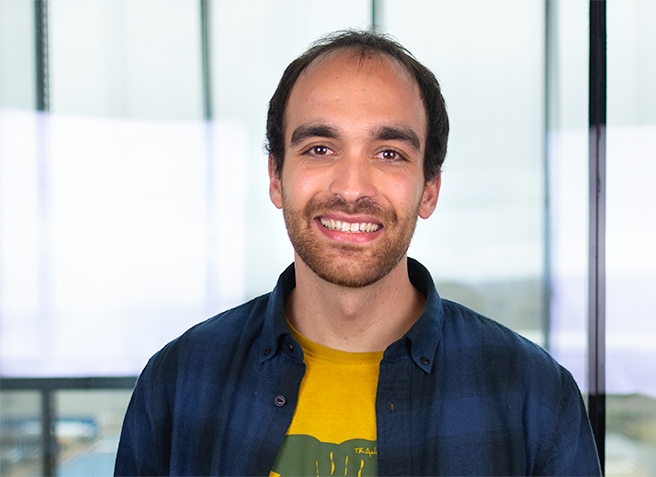 Jorge L. López Morales obtained his degree in Chemistry at the University of Zaragoza in 2020. During his final year of the degree, he carried out bibliographic research of homogeneous catalysts for the dehydrogenation of formic acid for his final degree thesis, directed by Dr. Manuel Iglesias. Then, he took a master´s degree in Molecular Chemistry and Homogeneous Catalysis at the ISQCH, whose master´s thesis consisted of the synthesis and characterization of rhodium and iridium complexes with NSi-type ligands for the dehydrogenation of formic acid and the dimerization of alkynes, directed by Dr. Francisco J. Fernández Alvarez. In 2021 he was awarded with the JAE-Intro-ICU grant at the Institute of Carbochemistry (ICB) where he carried out the study of hydrogen production processes through improved glycerol reforming and redox loop for sorbent regeneration, in bed fixed reactors, and where he also carried out the synthesis of heterogeneous catalysts based on iron, nickel and aluminum oxide, under the direction of Dr. Gemma Grasa.

In 2022 he joined CIC energiGUNE with Dr. Eduardo J. García Suarez as a predoctoral researcher to carry out his doctoral thesis on the design, synthesis, and characterization of sustainable ionic liquids with applicability in the field of energy storage.