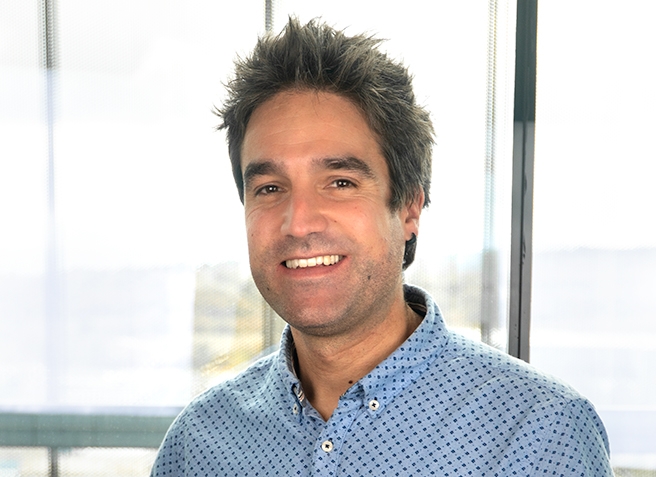 Joseba Orive received his BSc (Geology, 2005) and PhD (Sciences, 2011) from the University of the Basque Country (UPV/EHU), where he worked as a postdoctoral researcher in the Crystallography group headed by Professor María Isabel Arriortua.

His thesis work was focused on the search for materials with new structural archetypes with potential technological applications, involving the structural resolution of complex systems by X-ray diffraction, in both powder and single crystal, and the analysis of the spectroscopic, luminescent, magnetic, and catalytic properties of zeotypes based on novel transition metal phosphites. The introduction of short organic ligands provided flexibility to the structural design which allowed exploring laminar hybrid systems with intercalated alkaline cations for electrochemical applications. From 2015 to 2017, he developed a postdoctoral project at the University of Chile, where he worked on polyoxoanionic structures based on new mixed valency vanadium oxides with interlayer spacing modulation. During the project, he undertook a research stay at Center for Biomolecular Nanotechnologies, Istituto Italiano di Tecnologia (IIT) in Lecce (Italy) where he worked in the preparation and the electrochemical characterization of mesoporous electrodes constituted of TiO2(B) and carbon nanotubes composites as intercalation anodes for Li-ion hybrid capacitors. In October 2017, he joined the Millennium Nucleus of Multifunctional Materials for Applied Surface Science as young researcher at the University of Chile, where the main goal was to nucleate a center of excellence in the field of nanostructured surface systems with expertise in their modeling, design, synthesis and characterization, with lithium ion batteries as primary research field. During this stage, he also worked on materials characterization projects linked to national companies such as Molymet. In August 2020, he joined CIC energiGUNE as postdoctoral researcher where he is currently working on the EU project CoFBAT and the industrial project Umicore.