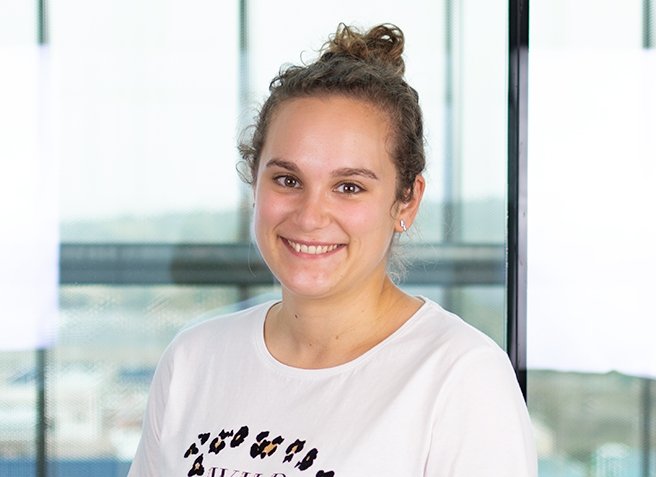 Lorena García finished the Degree in Chemistry in 2014 in University of Basque Country. She performed her graduated thesis in the Department of Organic Chemistry carrying out the synthesis of chiral phosphoric acids precursors. After graduating, she continued her career studying the Master´s Degree in Synthetic and Industrial Chemistry by the same University, performing the Master´s thesis in the same research group working in the development of the asymmetric version of a carbon-nitrogen rearrangement employing chiral auxiliaries. She completed her studies carrying out the PhD in the Group of Asymmetric Synthesis of the University of Basque Country, focusing her research in the development of novel stereoselective transformations under Lewis base catalysis. In 2017, she spent three months in University Rovira I Virgili (Tarragona) in the group of Prof. Elena Fernández working on the metal-free borylation of allenamides. In 2018, she spent another three months in the University of Vienna under the supervision of Nuno Maulide, carrying out the synthesis of chiral isochromanones.

After finishing her PhD, she joined CIC energiGUNE in 2021 as a postdoctoral researcher in the “Advanced Electrolytes and Cells integration” group.