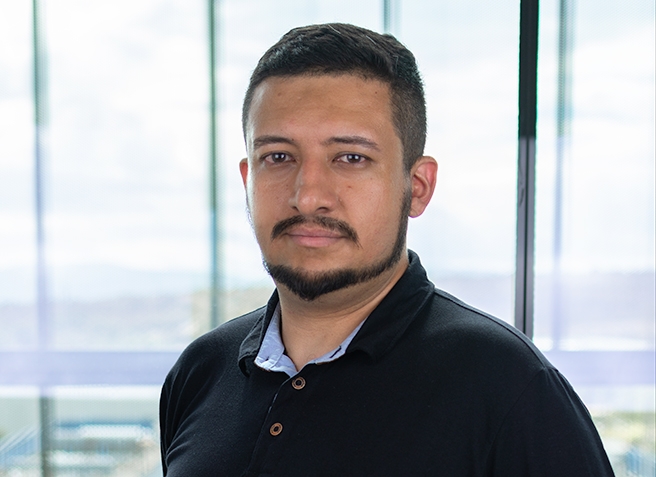 Manuel Jonathan Pinzón Cárdenas graduated in Mechatronics Engineering from the National University of Colombia (Bogotá, Colombia) in 2011 with a thesis on machining of biological grade titanium for prosthetics. He then joined the Master´s in Materials and Processes at the same University in 2011, where he worked on a thesis on protective coatings against corrosion, developed by magnetron sputtering techniques. In the development of the characterization of said coatings, different types of analysis were carried out with both electrochemical techniques (potentiodynamic polarization, EIS, Linear polarization resistance) and physical-chemical techniques (XPS, XRD, RBS, SEM), in different laboratories both in Colombia in the groups of professors Jhon Jairo Olaya and José Edgar Alfonso, like Spain in the physical chemistry institute of Rocasolano in the group of Doctor José Francisco Marco Sanz (Scientific Researcher - CSIC), and in South Africa in the South African laboratories for sciences based on accelerators (iThemba Labs) in the group of Doctor Carlos Pineda-Vargas.

In 2019, he began his Ph.D. studies at the State University of Campinas - UNICAMP (Campinas, Sao Paulo, Brazil). His doctoral project aims to study the effects of Water-in-Salt type electrolytes (high concentration), on the performance of EDLC-type supercapacitors and pseudocapacitors.

In September 2022, Manuel Jonathan Pinzón Cárdenas came to CIC energiGUNE to collaborate with the Advanced Electrolytes and Cells integration group of the Electrochemical Energy Storage area.