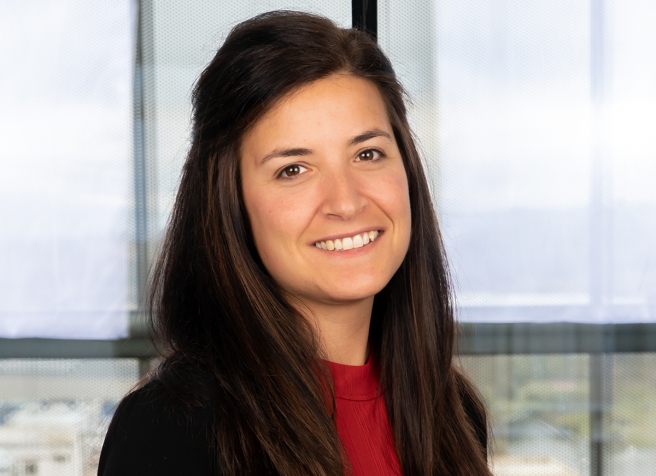 María Martínez obtained her degree in Chemistry from the University of the Basque Country (San Sebastian, Spain) in 2010. She completed her PhD in Applied Chemistry and Polymeric Materials in 2015 in the same institution. Meanwhile, she did a stay of six months at the New Jersey Center for Biomaterials (USA). After her PhD, she went on researching in Polymat research group at University of the Basque Country. In 2017 she joined Cells and Electrochemical Testing group at CIC energiGUNE, where her research activities have been mainly focused on the development of polymer electrolytes for all-solid-state lithium batteries. During this time she did a stay in the Institute for Frontier Materials (IFM), Deakin University (Melbourne, Australia) as a part of the research collaboration between both institutions. Since 2014 she has published 14 articles, 2 reviews and 1 book chapter with a total of 162 citations, and h index of 8. She has presented her work in 6 international and 4 national conferences. Moreover, she has participated in 2 competitive projects and 4 industrial projects, one of which her role is Project Responsible.