The consolidation of the Basque research center´s position as the main European reference in solid state batteries has been achieved through the work of its team of professionals, led by renowned researchers such as Michel Armand, and its state-of-the-art facilities, which include the most advanced prototyping laboratories in Southern Europe.

CIC energiGUNE, the Basque research centre of reference in electrochemical and thermal energy storage, has ended 2019 as one of the three most important research centres in Europe in its sector. With more than 600 publications and 13 patents accumulated up to this year, the Basque centre is involved in flagship initiatives in Europe (BatteRIes Europe and Batteries 2030+), and has consolidated its position as the leading reference in Southern Europe.

“This situation has come about through the combined efforts of a great team, the sustained commitment of institutions, collaboration with other stakeholders and the work done in partnership with benchmark companies that have shown no hesitation in placing their trust in us”, said Nuria Gisbert, Director General of CIC energiGUNE. In her opinion, one of the main strengths of the organisation is its ability to attract talent, thanks to a team of top-level professionals - headed by the prestigious Michel Armand - and to its state-of-the-art facilities, including its battery prototyping facilities and its thermal storage system prototyping laboratory (equipped with air and oil thermal loops, amongst others).

"Batteries Summit 2019", the European summit meeting held last September in the Álava Technology Park, was a milestone in the activity of the centre, which was endorsed shortly afterwards with EU approval of 5 of the 11 projects submitted to the Horizon 2020 programme, under the heading "New Generation of Batteries". In fact, the Basque research centre secured the most funding in the whole of Spain, with a success rate of 46%, well above the Spanish average of 12.1%. 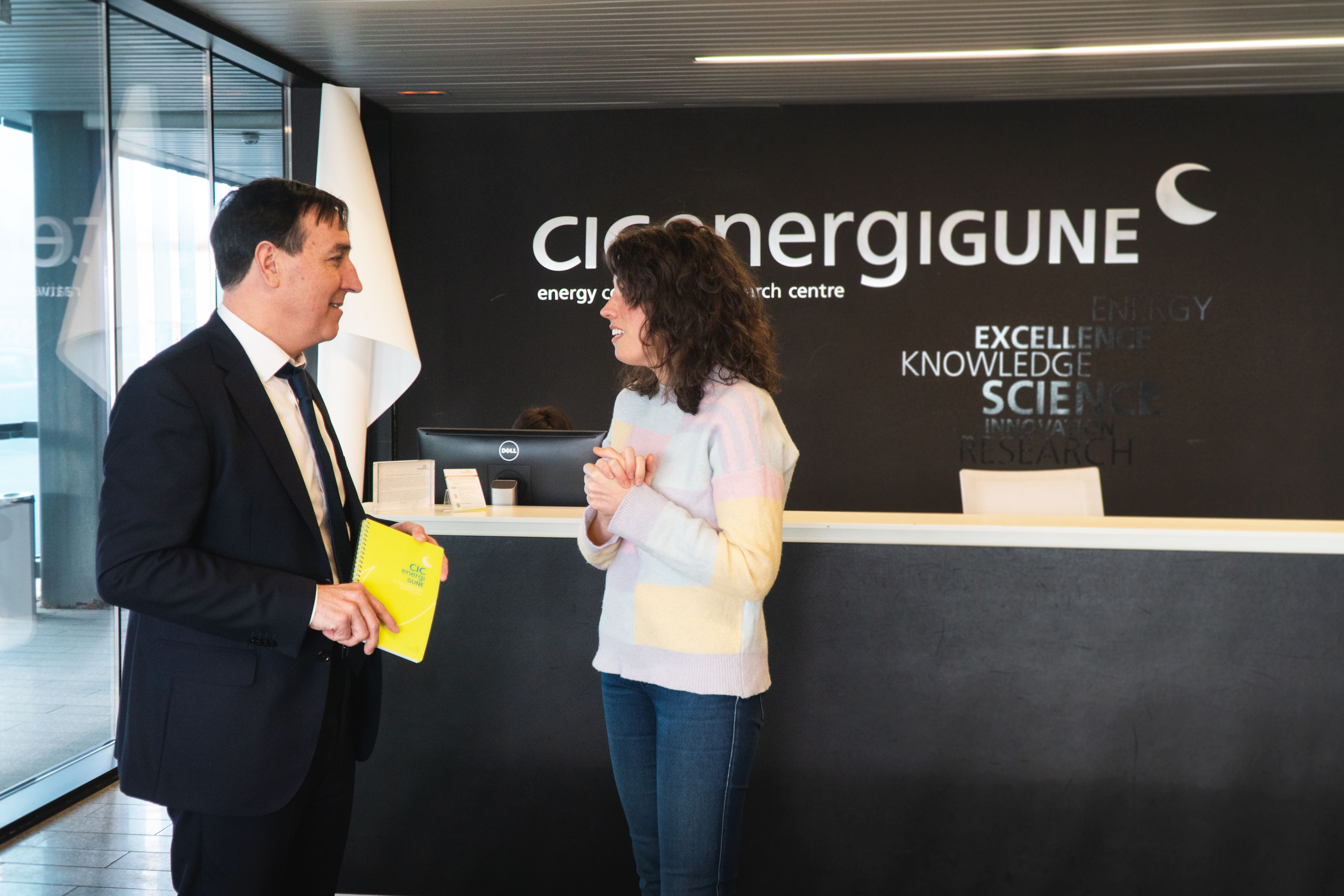 "We have done an excellent job this year, but the most important thing is that we have laid the foundations to address the immediate challenges facing Basque and European industry, and we cannot let this opportunity slip away", added Nuria Gisbert. In this sense, the Director General reiterated that Europe is going to need a battery production capacity of over 400Gwh in the short/medium term, and that frontline companies in the automotive industry such as BMW, Daimler and Volkswagen are leading the development of future battery technologies. "CIC energiGUNE is very well positioned in the development of upcoming battery technologies and is working hand in hand with the leading lights in the industry in Europe. At the same time, we must not forget that a particular strength of the Basque Country lies in its ability to industrialise new developments. The European Battery Alliance is insisting that the time to act is now; it is expected that Europe will have a market share of over 25% of the total battery market by 2028, and the greatest strength of southern Europe, due to its particular ecosystem of companies and relevant players, lies in the Basque Country", said Gisbert.

A diverse and gender-balanced workforce

With regard to staffing, the centre currently boasts 120 researchers, with parity in terms of gender and balance as regards countries of origin. In fact, 50% of the staff are from outside the Basque Country, with 14 different nationalities. The presence of renowned researchers such as Elena Palomo and Michel Armand, considered the top scientist in Spain in the field of energy, helps to attract and retain talent.

In the past year, CIC energiGUNE has been recognised as a reference centre in solid-state Nuclear Magnetic Resonance (NMR) techniques, and has been certified for management excellence under the European Commission´s HR Excellence in Research standard and for compliance with the UNE 166002:2014 management model for excellence in research and transfer.

Furthermore, this year CIC energiGUNE also became a member of the Basque Research and Technology Alliance BRTA, alongside a further 15 organisations from the field of science and technology and the Basque Government, the Provincial Governments and SPRI. The aim of the BRTA is to ensure a dynamic of cooperation which enables the future technological and industrial challenges facing the Basque Country to be met, and its international standing and impact improved.