The General Manager of the spin-off created in CIC energiGUNE, Soraya Romo, has brought to the main agents of the sector of Intelligent Electricity Grids the advances obtained in the development of batteries´ health diagnosis models, which allow for a safe exploration of the batteries, as well as reducing costs and extending their lifetime.

Soraya Romo, General Manager of BCARE, spin off emerging from CIC energiGUNE in order to offer added value services to the industry on matters of energy storage, has presented today at the VII Smart Grids Conference the monitoring and real-time diagnosis system of the state of health of the substation batteries and Smart Grids, that has been developed and implemented successfully for i-DE Grupo Iberdrola.

“The essential innovation of the project is based on the design and validating method of the diagnosis model, which uses as an identification strategy the correlations between measurable variables and electrochemical parameters of each battery” has pointed out Soraya Romo. “In this sense, it is very important to have been able to utilize an analysis protocol with individual characterization and aging trials in every model of battery that has been analyzed, as well as the following Post-Mortem diagnosis, which has been developed at CIC energiGUNE”.

The presentation done by Soraya Romo at the conference, which has been celebrated entirely online, is specifically based on the article “Optimization of the TCO in batteries by real-time monitoring of the state of health with advanced models”. The article gathers the work done for i-DE Grupo Iberdrola for the management of its substation batteries and Smart Grids based on predictive electrochemical models, in which a state of health diagnosis is implemented with the objective of facilitating the maintenance, minimizing costs and elongating their lifetime. 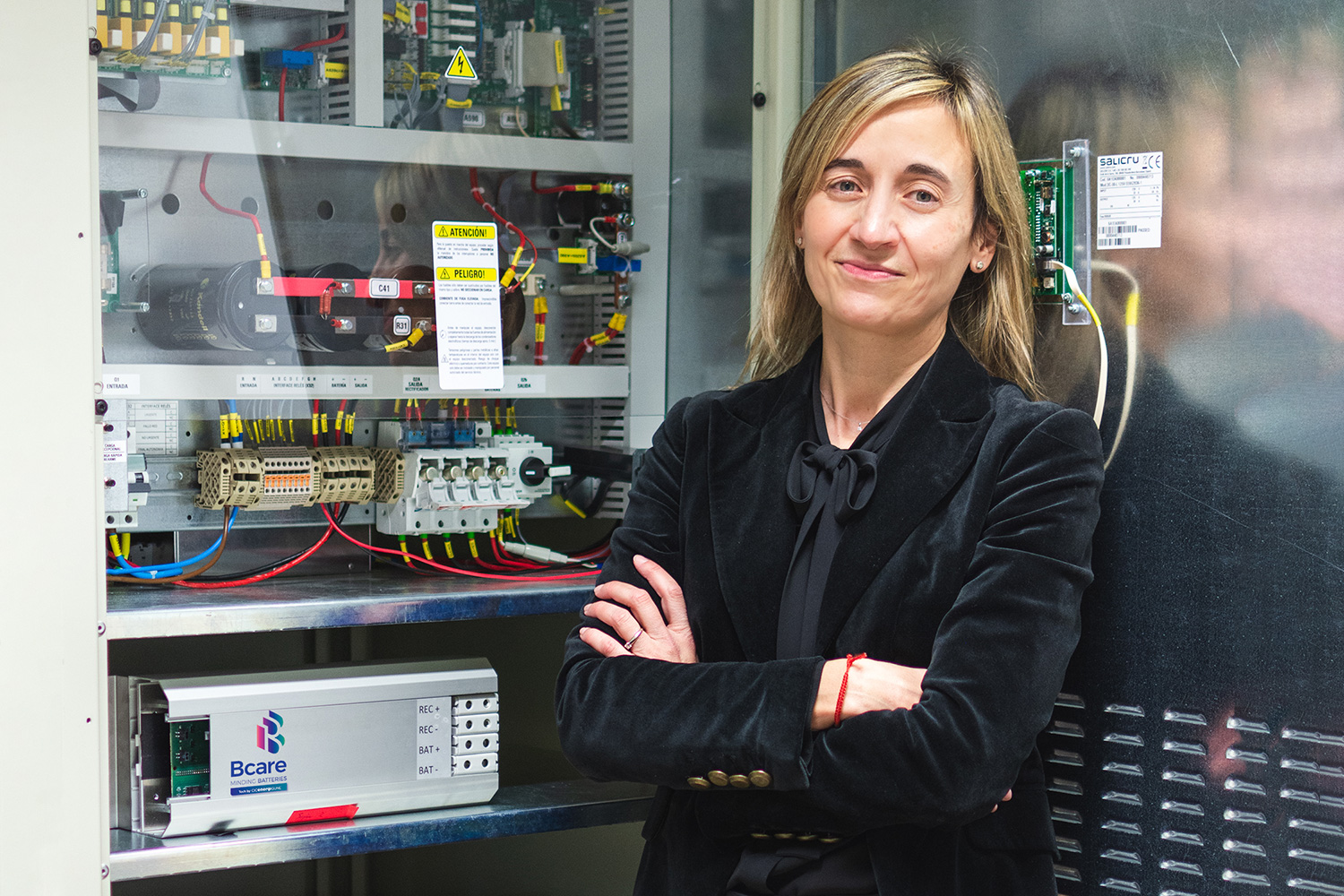 As a result of the work that has been developed, and with the close collaboration of i-DE, BCARE has been able to offer a fundamental improvement in the management of design and exploitation of the battery park, as well as the launch of a management and monitoring system of the batteries, both in substations and Smart Grids, guaranteeing the election of the best technologies and the best manufacturers for each application.

As a conclusion, the General Manager of BCARE has highlighted the importance of analyzing meticulously the necessities and requisites of each case in order to optimize the strategies of election, management and care of the batteries, according to the real demands of each application.

The VII Smart Grids Conference, which has dealt with the primary aspects that affect the future of the Intelligent Electric Grids both in state and European contexts, has taken place at a time of maximum interest after the approval of the new normative frameworks on energy matters in Spain, which aspire to propel the economic reactivation and the energetic transition to a favorable stage for the development of the Smart Grids.