The aim of the European HIGREEW project, led by the Basque research centre, is to develop redox organic flow batteries that are environmentally sustainable, have a high energy and power density, are more efficient, have a longer service life and are capable of reducing current costs.

CIC energiGUNE, the Basque research centre of reference in electrochemical and thermal energy storage, is leading the HIGREEW project to design redox organic flow batteries which, coupled with renewable energy systems, will help to mitigate the impact of climate change, as they will favour the use of more economical energy storage systems with enhanced technical performance and greater efficiency.

The aim of CIC energiGUNE is to develop a new low-cost water-based organic electrolyte that will be integrated into a flow battery with an advanced plant control system. This will enable a cost of 0.05 euros/kWh/cycle to be achieved by 2030, which is the technical-economic challenge set by the European Commission in its European Strategic Energy Technology (SET) Plan to drive the transition towards a climate-neutral energy system.

The HIGREEW project consortium is composed of 9 reference bodies in materials, storage systems and renewable energy. The Autonomous University of Madrid and the University of Bohemia (Czech Republic) are collaborating with the Basque research centre in developing the key materials (membrane, electrolyte and electrode) to improve their technical performance, extend their service life and facilitate their recycling. These materials will be integrated into a cell for the initial validation tests to be performed by C-TECH, a British engineering firm with experience in electrochemical equipment design, and the Czech firm Pinflow, which specialises in vanadium flow batteries. 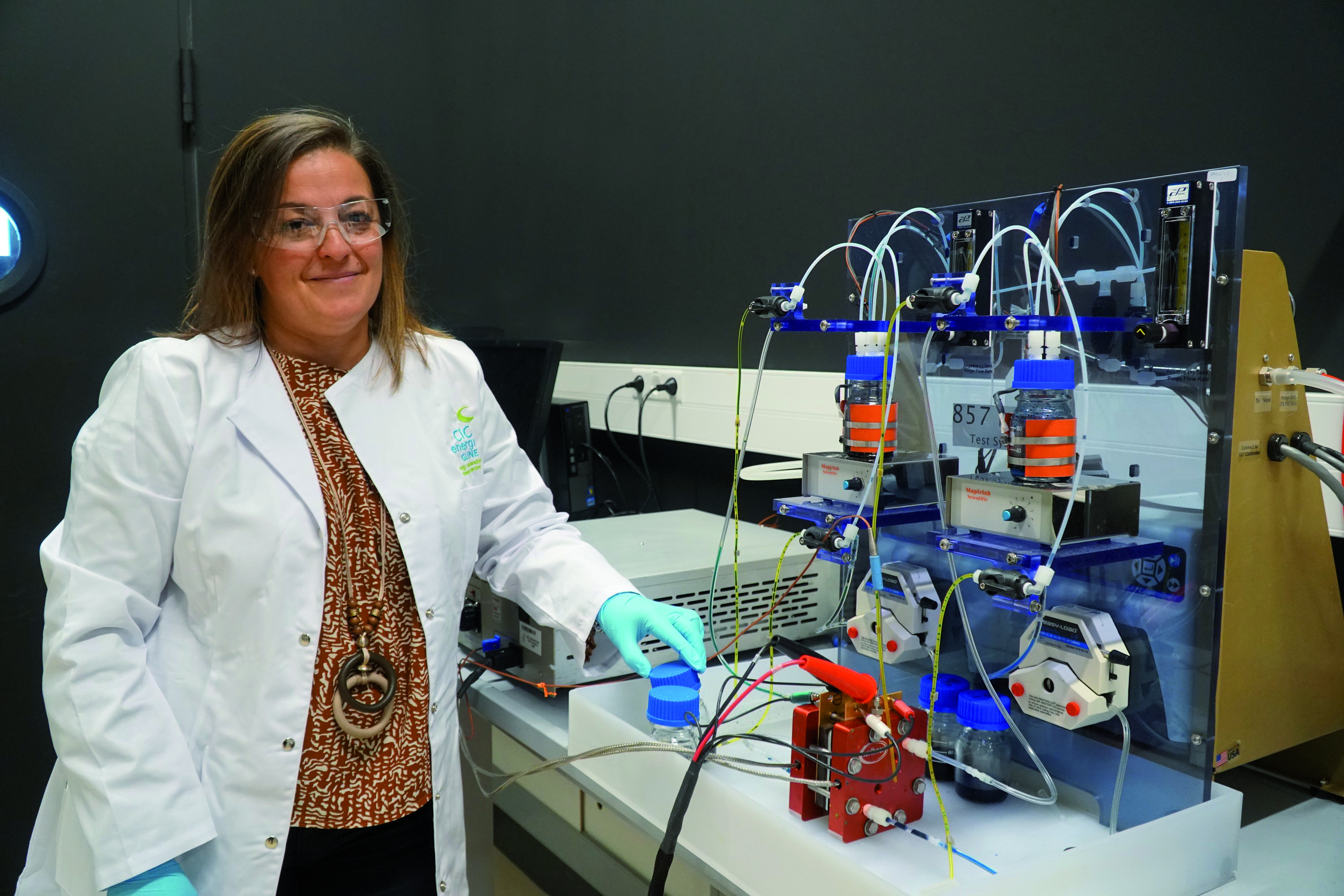 In 2021, work will begin on integrating the new developments into a prototype designed by the British engineering firm Heights and by Gamesa Electric, a leading Basque partner in renewable energies. Finally, the developed system will be tested and validated at the Siemens Gamesa plant in La Plana (Valladolid), where safety, technical-economic feasibility and life cycle analyses will be conducted.

The consortium will work for 40 months  to develop organic flow batteries which, from the outset, have been designed for easy recycling, with an energy and power density exceeding current technology, and to improve efficiency, extending the service life of the batteries and reducing costs. The project aims to demonstrate that organic flow batteries can be a sustainable alternative to vanadium batteries, a material included in the list of critical raw materials by the European Commission.

HIGREEW is funded through the European Commission´s Horizon 2020 Programme with 3.78M euros, to be implemented between November 2019 and February 2023. The project will culminate in a conference organised by CIC energiGUNE.

This initiative is one of five projects in which CIC energiGUNE is involved and which were approved in the 2019 call of the European Commission´s Horizon 2020 Programme, within the "New Battery Generation" section. Of these, two are led by the Basque research centre and have a joint budget for the CIC of over 4 million euros.

The approval of these five projects makes CIC energiGUNE the organization that has obtained the most funding in the whole of Spain in the 2019 call for the H2020 programme for batteries. In fact, of the 11 proposals submitted, 5 have been approved, thus achieving a success rate of 45%. This figure is well above the average success rate per organisation in Spain, which stands at 12,1%.

In addition, two of the approved projects will be led directly by CIC energiGUNE and will involve other BRTA (Basque Research and Technology Alliance) partners, such as IKERLAN and CIDETEC, as well as Basque companies such as Gamesa Electric, and large international companies such as Toyota, Renault and Varta.