The facilities of the Basque center are exploited within ERC proof of concept project NODRY, during which water intrusion and extrusion experiments will be carried out for most common nanoporous materials of liquid chromatography separation technique paving the way for the use of pure water instead of environmentally-damaging liquids as a solvent.

CIC energiGUNE, the Basque research center of reference in thermal energy, battery storage and hydrogen technologies, will take active part in the development of a groundbreaking initiative that will evaluate the kinetics of the dehydration of High-Performance Liquid Chromatography (HPLC) columns. The research is framed within the NODRY project, coordinated by Prof. Alberto Giacomello from the Sapienza University of Rome, and will be carried out using the equipment and knowledge of the Interfacial phenomena, Colloids and Porous Media group at CIC energiGUNE directed by Dr Yaroslav Grosu, who will conduct an experimental cutting-edge characterization.

“This project has a very relevant projection and the fact that the test bed will be carried out in our facilities brings to light the excellence and capacity of our laboratory”, says Yaroslav Grosu, noting that the development of this idea is supported by the ERC Proof of Concept grant from European Commission.

NODRY will center on the most used methodology of substance separation in the field of research and industry, the high-performance liquid chromatography (HPLC), and will address the main challenge that has so far limited the use of water as a principal solvent in this technique: the phenomenon of dehydration in the column. In this sense, the extrusion from this stationary phase of HPLC – the formation of bubbles in the nanoporous hydrophobic material— makes it unavailable to the substances that must be separated (“loss of retention”). 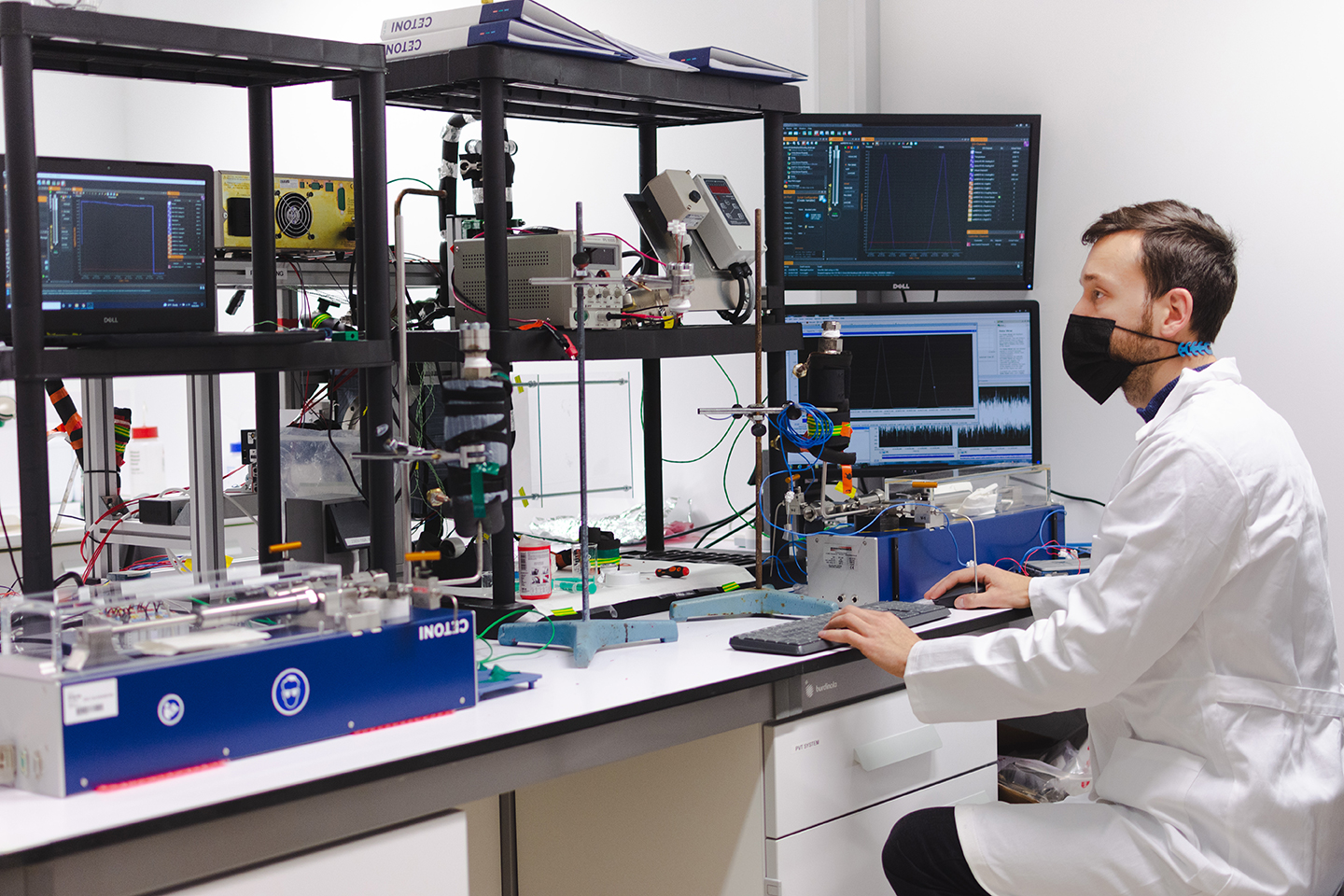 Simulation tools at Sapienza and experiments at the Basque center, will result in development of HPLC protocols capable of eliminating or mitigating the problem of the dehydration that is observed in the majority of the columns of HPLC, when pure water is used as a solvent.

“As opposed to the current semi-empirical approaches used by the HPLC community, the idea of this project will be validated both by advanced simulations at Sapienza as well as by cutting-edge experimental characterization through water intrusion/extrusion experiments by our group”, has assured Dr Grosu.

It is worth mentioning that intrusion/extrusion of liquids into porous systems is important not only for chromatography, but for many technological applications, among which are energy damping, conversion and storage, as well as thermal actuation and negative compressibility. In particular, NODRY project is tightly linked with the ERC starting grant HyGate leaded by Prof. Giacomello and has synergetic connection with the FET-proactive Electro-intrusion project coordinated by Dr. Grosu.

The final objective of the NODRY project is to advance toward an ecological and energetically efficient liquid chromatography. “Water is the ideal mobile phase, with respect to the environment, that will open up the path to the ecological HPLC”, explains Yaroslav Grosu. “The success of NODRY will reduce the negative impact on the environment, with the use of water instead of organic solvents that are potentially-dangerous and damaging for the environment”.

Also known as high performance liquid chromatography (HPLC), is a technique used to identify, quantify, separate and purify the distinct compounds of a mixture, and it is widely used in industry and research, particularly, chemistry, biochemistry or biology. The components are distributed into two phases, a mobile phase, and a stationary phase. The stationary phase is contained within a chromatographic column, where the dehydration process happens when using pure water as the mobile phase.