The prize recognizes the role of women who develop their professional career in the field of science, with a reputed research trajectory, and who have contributed in a determining manner to scientific progress within their area of expertise.

Elena Palomo, scientific director of the Thermal Energy Storage Area at CIC energiGUNE, the Basque research center of reference in battery storage, thermal energy solutions, and hydrogen technologies, and member of the Basque Research & Technology Alliance-BRTA, has been awarded with the “Women in Science” prize, given by the Professional and Business Women Association of Álava (AMPEA). This prize is part of the “Prizes for Feminine Talent” of the AMPEA and wants to expressly recognize the role of women who develop their professional careers within the field of science, standing out for a reputed research trajectory and who have contributed in a determining manner to scientific progress within their area of expertise.

Elena Palomo is a doctor in Physics from the Universidad Complutense in Madrid and has an extensive research career in the field of energy, which she has developed in Spain as well as in other renowned research centers and universities in France. She is a Research Professor at the University of Bordeaux since 2001 and Ikerbasque Research Professor since 2017. As the scientific director of the thermal storage area at CIC energiGUNE, she coordinates the research of the groups “Solid-state reactions”, “Phase transitions and critical behaviors”, “Interphases, colloids and porous media” and “Intensification of heat transference”. The activity of the area combines basic and applied research and is oriented towards key technological objectives for the energetic transition, such as the ultra compact thermal energy storage, the generation of green hydrogen through thermochemical and catalytic means, the conversion of undesirable vibrations into electricity or the development of advanced heat pumps. 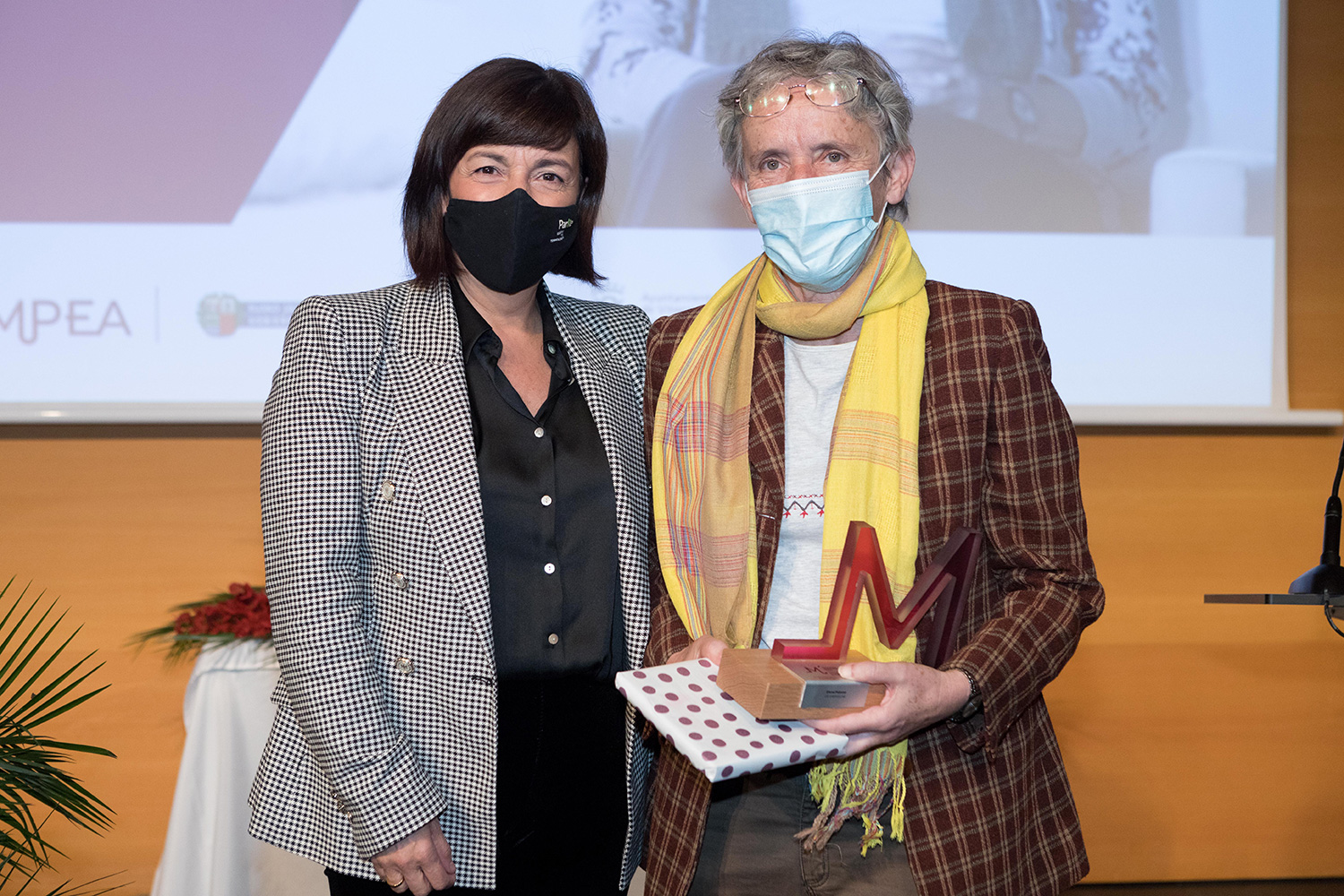 Elena Palomo is highly involved in research at a European level. She has led seven big-scale research projects and has been a member for assessment of the programs FP6, FP7 and H2020. At an international scale, she has been the French delegate of the executive committee of the program “Energy Conversion through Energy Storage” of the International Energy Agency (2006-2017) and has driven for 6 years the most important R&D international network in thermal storage (“Compact Thermal Energy Storage” – programs SHC/ECES IEA). She has combined all of this with her collaboration with the industry of the sector, leading more than 20 projects with companies.

According to the recent “Ranking of the World Scientists”, carried out by Stanford University and Elsevier, Elena Palomo is listed for the second consecutive year as the most important researcher in the Basque Country and the sixth in Spain within her field of expertise.