The Mayor of Vitoria-Gasteiz receives Michel Armand, ranked as the top researcher in Spain in the field of energy

A collaborator of the Miñano innovation center since its inception, the scientist shares patents and research with two winners of the 2019 Nobel Prize in Chemistry - John Goodenough and Stanley Whittingham - and is considered by the international scientific community to be the "next great father of the batteries of the future".

Michel Armand, CIC energiGUNE scientist ranked, according to the list of the world´s top 100,000 scientists published by Stanford University, as the top researcher in Spain in the field of energy, was hosted on Friday 13 December by the Mayor of Vitoria-Gasteiz, Gorka Urtaran, and the Deputy Mayor and Councillor for Land Use and Climate Action, Ana Oregi. The ranking of the prestigious Californian university, which analyses the work of over 7 million scientists worldwide, is the main international reference for professionals in the field of Science and Research.

At the event held at the City Hall, the scientist was accompanied by his wife, Maryse Armand. Also present were the members of the Steering Committee of CIC energiGUNE, namely Nuria Gisbert, Teófilo Rojo, Sara Ortiz, Asier Urzelai, Raquel Ferret, Javier Olarte and Daniel Bielsa. 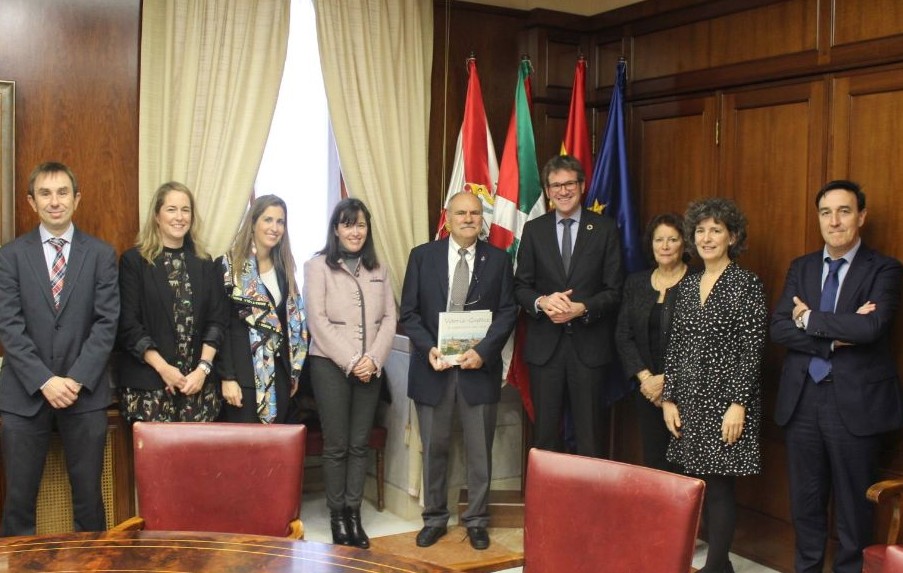 Michel Armand shares patents and research with two winners of the 2019 Nobel Prize in Chemistry - John Goodenough and Stanley Whittingham - and is considered by the international scientific community to be the "next great father of the batteries of the future" for his work in developing a type of battery destined to lead the way in electric mobility.

The mayor highlighted "the importance of research centres such as CIC energiGUNE, where key projects are being taken forward and led by scientists such as Mr. Armand, and which place the Álava Technology Park and the city of Vitoria-Gasteiz at the forefront of innovation internationally". Furthermore, he emphasized that "we are very aware of the added value provided by this important work destined to lead the way in sustainable mobility, one of the pillars of the ´Vitoria-Gasteiz Green Deal´, a plan designed to reduce greenhouse gas emissions, generate new and quality employment and promote entrepreneurship and technological innovation, specifically the transition to the green economy, the energy transition, by boosting sustainable energy, the extension of green values and culture, strengthening social cohesion and the balance between neighbourhoods".

Born in France in 1946, Michel Armand began research into rechargeable lithium batteries - in combination with a solid polymer electrolyte - at the end of the 1980s. This research has subsequently enabled the development of the main technologies associated, amongst other things, with the electric vehicle. He is currently leader of the solid electrolyte research area in CIC energiGUNE, where he coordinates a research group focused on achieving the solid state battery of the electric vehicle of the future.