Seven researchers from Basque centres, among the world´s most influential scientists

The list includes scientists who have demonstrated significant influence through the publication of articles, highly cited by their fellow researchers.

Seven researchers from Basque centres have been included in the 2019 edition of the Highly Cited Researchers (HCR) list, which recognises the most internationally quoted researchers and is produced by the Web of Science Group of Clarivate Analytics. The list includes Luis Liz Marzán (CIC biomaGUNE), Wolfgang Parak (CIC biomaGUNE), Unai Pascual (BC3), Javier Aizpurua (Centro de Física de Materiales), Michel Armand (CIC energiGUNE), Francisco Guinea (DIPC) and Francisco J. García Vidal (DIPC). This list points out the "most influential researchers in the world due to the exceptional nature of their research", as they have works situated between 1% of the most cited in their field of study during the same year.

Among the researchers on this list are 23 Nobel Prize winners, including three announced this year: Gregg L. Semenza of Johns Hopkins University (Physiology or Medicine), John B. Goodenough of the University of Texas at Austin (Chemistry), and Esther Duflo of the Massachusetts Institute of Technology (Economics).

The Web of Science Group is the tool that for more than two decades has served as the central basis for compiling the more than 2,000,000 publications registered each year in the scientific community. Clarivate Analytics extracts annually from this database the results with which it elaborates this list of international recognition. Considering the world population of scientists, one in every 1,000 are considered Highly Cited Researchers by Clarivate Analytics. 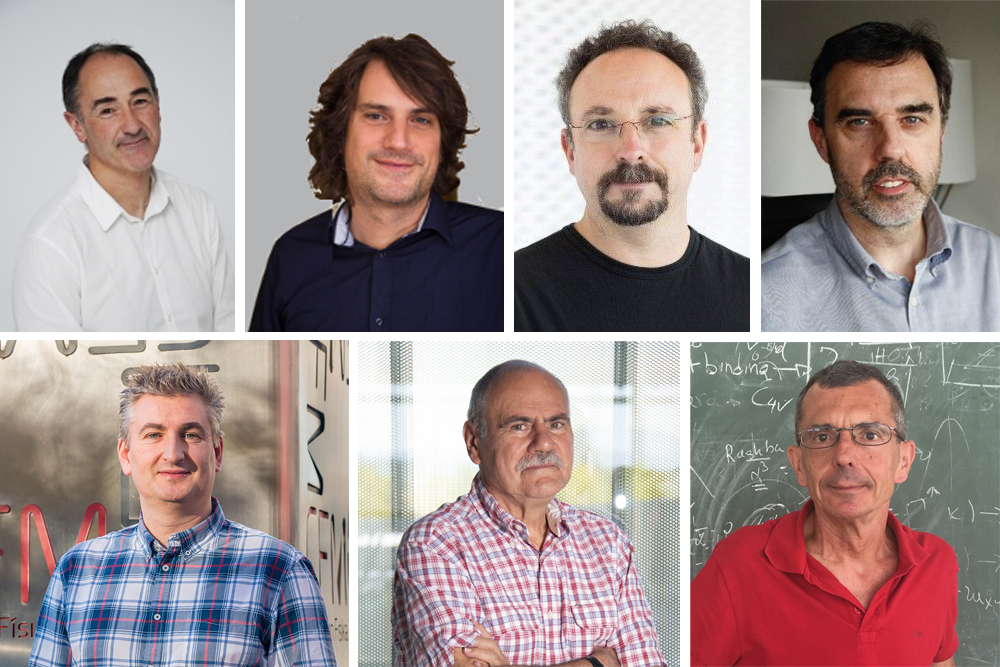 Luis Liz Marzán is scientific director of CIC biomaGUNE, a BRTA member centre, and Ikerbasque research professor. His research is internationally recognized in the areas of nanoparticle synthesis and assembly, nanoparticle-based detection and diagnostic development, diagnostic tools, and nanoplasmonics - the study of nano-scale optical phenomena. Liz Marzán is the author of more than 450 publications in the most prestigious international journals for which he has received more than 40,000 citations, with an h index above 100 (WOS data). Due to the high impact of its publications, it has been named Highly Cited Researcher for 6 consecutive years, 2014-2019. The European Research Council has awarded him the prestigious ERC Advanced Grant on two consecutive occasions (2012-2017; 2018-2023). He has also received several scientific awards, most recently the National Research Prize "Enrique Moles" in the area of Chemical Science and Technology (2018).

Wolfgang Parak has been leading the Nanoparticle Bioengineering area of CIC biomaGUNE since 2013, holds a PhD in Physics from Ludwig Maximilian University in Munich and is a professor at the University Hamburg, Germany. Parak has made outstanding contributions in the field of biological applications of nanomaterials and is a recognized specialist in the use of nanomaterials inside living organisms, as well as in the development of new medical applications of nanomaterials. He has published more than 370 articles in chemistry and multidisciplinary journals, which have been cited more than 25,000 times and have resulted in an h index of 82. Due to the high impact of his publications, he has been named Highly Cited Researcher for 6 consecutive years in the area of Materials, 2014-2019.

Unai Pascual Garcia de Azilu holds a PhD in environmental economics from York University (2002), and since 2011 he is Ikerbasque Professor at the Basque Centre for Climate Change (BC3). He is also a research associate at the Centre for Development and Environment at the University of Bern (Switzerland). His work is based on interdisciplinary analysis of the global links between the economy and the environment, using socio-ecological frameworks and emphasising governance processes. He has more than 20 years of research experience, 15 of which at universities in the United Kingdom (Cambridge, Manchester and York).

He has published 10 books and monographs, more than 100 scientific articles in journals such as Science, PNAS, Nature Sustainability, BioScience, etc, as well as around 40 chapters in various specialized books. He participates in numerous international scientific networks and currently chairs the "Assessment of Nature´s Values" of the Intergovernmental Platform on Biodiversity and Ecosystem Services (IPBES). He is a regular contributor to media such as ETB, Radio Euskadi, and Berria.

Javier Aizpurua is a research professor at the CFM, a joint centre of the University of the Basque Country (UPV/EHU) and the Consejo Superior de Investigaciones Científicas (CSIC), where he leads the Nanophotonics Theory group of the CFM and the DIPC, and until recently he combined his research activity with the scientific direction of the same centre. Aizpurua´s work focuses on the study of the interaction between light and nanomaterials. It has compiled more than 14,700 references to its articles and nearly 20 works in 1% of citations in the last 10 years. Javier is also the only member of the University of the Basque Country (UPV/EHU) highlighted in the list, this being the third consecutive year in which the list includes Javier.

Michel Armand, scientist at CIC energiGUNE, a BRTA member centre, is the "father" of some of the major technologies that have enabled the development of today´s lithium batteries. Born in France in 1946, Armand began research into rechargeable lithium batteries at the end of the 1980s - through the combination with solid polymer electrolyte - which has enabled the development of the main storage technologies associated, among others, with today´s and tomorrow´s electric vehicles. In fact, Michel Armand maintains a close relationship with the researchers who have received the Nobel Prize in Chemistry 2019, especially with John Goodenough and Stanley Whittingham.

Professor Armand has received several scientific awards such as the volta medal in 2000, the Galileo Award 2010, the Aymé Poirson Award 2012, and the Catalan-Sabatier Award 2016. He is also Doctor Honoris Causa of the University of Deakin 2006 and Upsala 2016, and is the author or co-author of 416 publications in international journals, 295 presentations at conferences, 200 patents. He currently co-leads CIC energiGUNE´s solid electrolyte research group, where he oversees a work team focused on achieving the solid state battery of the future electric vehicle.

Francisco Guinea has been a Research Professor at the Madrid Institute for Advanced Studies in Nanoscience (IMDEA-Nanociencia) since 2005 and has recently been appointed Ikerbasque Research Professor at the Donostia International Physics Center (DIPC). His research is in the area of theoretical physics of condensed matter and materials science. In particular, he focuses on the study of new graphite properties and devices, optical and structural properties of two-dimensional semiconductors, as well as the study of two-dimensional superconductivity. Guinea, which has been included in the list of the most cited for the third consecutive year, has published more than 400 scientific articles and has an h index of 88 (WoS). He has also received several awards, including the biennial National Physics Prize (Spain) and the Gold Medal of the Spanish Physics Society.

Francisco J. García-Vidal, is a professor at the Universidad Autónoma de Madrid (UAM) and a research associate at the Donostia International Physics Center (DIPC). His theoretical group is internationally recognized in the fields of Plasmonics, Metamaterials and Nanophotonics. Professor García Vidal has published more than 270 scientific articles to date, which have received more than 23,000 citations, his h index being 72 (WoS). In 2012 he obtained an "ERC Advanced Grant" dedicated to the study of Quantum Plasmonics. García Vidal is director of the Center for Research in Condensed Matter Physics (IFIMAC) of the UAM since its founding in 2012. This center is part of the network of Centers and Units of Scientific Excellence in Spain since 2015.