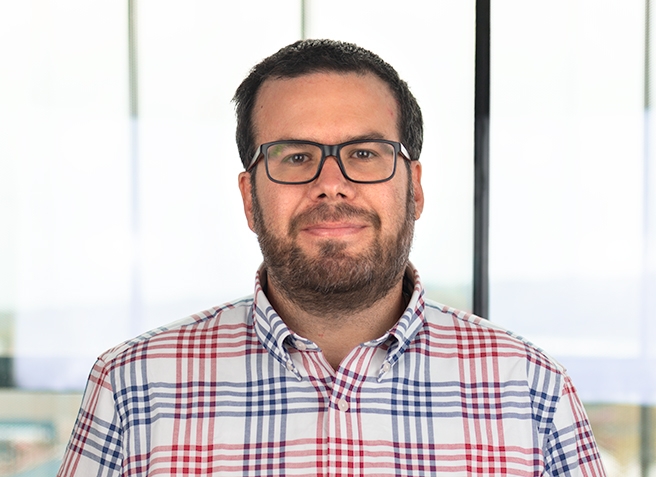 PhD in Materials Science, specialized in electrochemistry, from the University of Alicante, Dr. Paramaconi Rodriguez joined the CIC energiGUNE in May 2022 as Ikerbasque Professor. He is also Honorary Associate Professor at the University of Birmingham in the United Kingdom. His research regularly combines standard electrochemical techniques with a variety of spectroscopic techniques, with microscopy methods and with mass spectrometry in order to unravel the effect of the surface structure of catalysts and the role of the interface composition on highly relevant oxidation and reduction reactions.

Dr. Rodriguez has an extensive and international career holding positions at the University of Birmingham (2012-2022), the Paul Scherrer Institute (2011-2012) and the University of Leiden (2003-2007). Over those years, he has demonstrated an exceptional publication record producing high-quality scientific outputs: over 75 peer-reviewed papers (5 of them as cover articles) and 3 book chapters. Several of these publications have been seminal works in the field of electrochemistry and materials science, pushing beyond the state-of-the-art to establish new methods and fundamental knowledge. Other scientific outputs include 2 patents related to the synthesis and use of nanomaterials for electrocatalysis. The quality and ground-breaking nature of his research and his team’s research has been recognized by multiples awards, including the CIDETEC Award for Scientific Research in Electrochemistry, the International Society of Electrochemistry Travel Award for Young Electrochemists, the Ratcliffe prize (to Dr. Rodriguez’s PhD students, for the best PhD Thesis in Science at the University of Birmingham). Dr. Rodriguez has delivered more than 90 presentations including plenary lectures, invited lectures, workshops and oral presentations at national and international meetings and at university seminars in the UK, Germany, Denmark, the Netherlands, Spain Switzerland, the USA, Japan and China

Dr. Rodriguez has secured an independent funding portfolio (>2M€) from research grants from research councils and charities, from industry and from synchrotron sources.

Dr. Rodriguez has directed 11 PhD thesis students and delivered undergraduate and graduate courses for over 10 years in different countries.