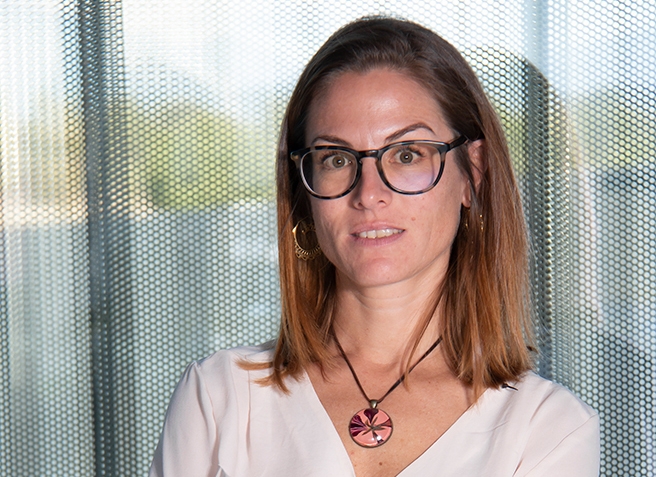 Rosalía Cid holds a Bachelor´s degree in Physics from the University of Granada and a PhD. in Physics from the University of Oviedo. Her experience in research and instrumentation relates to Particle Physics and Detectors, Magnetic Materials, X-ray Diffraction and Spectroscopies and data analysis methodologies. In addition to research, she has experience in education and science outreach. Since January 2019 she became a member of CIC energiGUNE as post-doctoral researcher ascribed to the Surface Analysis Unit, where she provides service to internal and external users of the X-ray Photoelectron Spectroscopy facility, carrying out the chemical characterization of surfaces of different energy storage materials, as well the maintenance and upgrades of the instrumentation. She received her PhD under the direction of Prof. J.M. Alameda, studying the origin of the perpendicular magnetic anisotropy of amorphous intermetallic rare-earth/transition-metal alloys and multilayers grown by magnetron sputtering by conventional macroscopic (VSM, AGM, MOKE) and synchrotron-based microscopic (EXAFS, XMCD) techniques. She later worked at the European Synchrotron (Grenoble, France) as post-doctoral researcher in the Spanish CRG BM25-SpLine, where she was responsible of the surfaces and interfaces X-ray diffraction stations of the beamline and their sample environments, as well as the magneto-optical Kerr effect station of the in-house laboratory. Her research was devoted to the structural study of epitaxial oxide heterostructures with promising properties for implementation in all-oxide spintronic devices. Moreover, she has performed different research stays in national and international research institutions: she visited CERN (European particle physics laboratory) several times inside the ICARUS international collaboration framework, the Low Temperatures and Superconductivity group of Universidad Complutense de Madrid leaded by Prof. J.L. Vicent and the Soft X-ray Absorption and Magnetic Scattering Group at the ESRF headed by Prof. Nick Brookes.