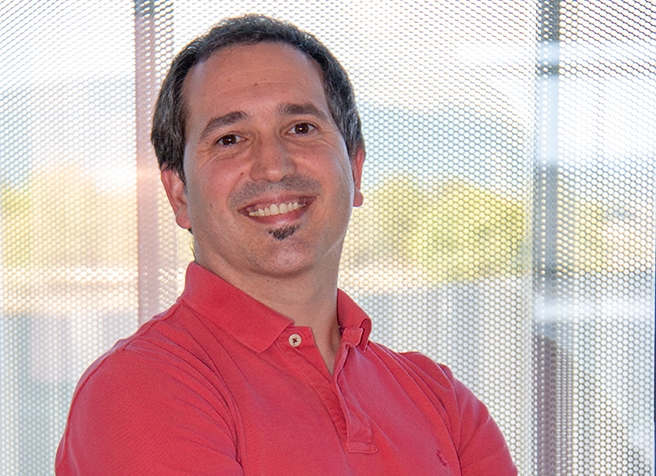 Before joining the CIC Energigune, Aitor worked as a project manager for two years at BATZ cooperative, a member of the Mondragon cooperative corporation dedicated to the automotive sector. He worked in the energy division and was involved in solar-thermal and small-wind turbine projects mainly in California and Nevada in the U.S. In 2005 Aitor received clean room training in California and The Institute of Microelectronic Technology (TiM) at the Bilbao Industrial Engineering School and thereafter became the Clean Room Manager at GUASCOR FOTON S.L. for six years. He oversaw a pioneering manufacturing area that created high concentration solar cell that set the world record in efficiency in an outdoor two-axis tracking module. Aitor also participated between 2005 and 2007 in the set-up of the solar cell assembly process at AGF Solar LLC, a joint venture created in Los Angeles between Guascor and AMONIX Inc. He began his career in renewables energies as a technical electronic engineer in 2004, in Mexico, with a collaboration grant from the Industrial Engineering School of Bilbao-IAESTE. He collaborated in the design and installation of an electronic control system for energy storage in photovoltaic systems installed in centers such as the world heritage Monarch Butterfly Biosphere Reserve.