The use of bio-electrochemical devices or bio-batteries based on biological systems will represent a breakthrough for the electronics industry in developing greener and more sustainable energy storage systems for portable devices.

The widespread use of cell phones, tablets and smartwatches or bracelets has many advantages, such as immediate access to a large amount of information and better communication between people (regardless of distance). However, the acquisition of materials needed for manufacturing some device components has devastating effects on the planet.

In addition, the short lifespan of these objects has led to an accumulation of electronic waste (e-waste) in some parts of the world, becoming one of the major causes of contamination in many regions. Therefore, within the framework of the ePROT project, CIC energiGUNE will introduce more sustainable and compatible materials for developing new energy storage systems inspired by nature.

Although many biological systems are able to store energy, currently, the insertion of biomolecules in energy storage systems (batteries or supercapacitors) is very unusual due to their harsh working conditions, that often, cause the denaturalization of the biological molecules present in the system. However, the gap between these two fields is getting narrower, and biotechnology and bioengineering could be one of the key players in the development of next generation batteries and supercapacitors with higher energy and power densities.

Bio-electrochemical devices or bio-batteries are defined as energy storage systems in which a bio-based element has been included in its design. This can be done (i) by mimicking solutions already existing in the nature, (ii) by modifying and incorporating biological components obtained from natural sources (biomaterials) or (iii) by using biomolecules that can convert substrates into products.

The imitation of solutions that already exist in nature is known as biomimetics. This solution is based on the observation and exploration of strategies established by nature during species evolution to apply them to human design problems. One example is the use of bio templates in which viruses or other biological molecules are used as scaffolds to synthesize materials at the nanoscale. This solution has made possible the use of sustainable and efficient methods to manufacture supercapacitor electrodes with larger surface areas.

The second strategy consist in using materials from natural sources (biomaterials) to integrate them into energy storage systems. This can be done by extracting materials from natural sources. Polysaccharides are the best-known example of this group and can be extracted from plants, bacteria or fungi. In particular, cellulose has been present as separator from the initial battery design, and its role as a binder and as a precursor for carbon electrodes is, nowadays, well known.

In this second group, we can also find examples of other biomolecules such as proteins or fatty acids. For example, reduced graphene sheets functionalized with BSA protein provided nanopores that served as nanochannels for shuttling ions to conductive graphene interlayers of supercapacitor electrodes. Although the use of fatty acids for energy storage is less widespread, their combination with light-sensitive organic compounds resulted in hybrid materials that can store thermal energy for longer periods and release it when a optical trigger is activated.

Finally, some systems employ bioelectrodes for collecting the electrons and protons released by the conversion of a substrate into a product. These types of devices are known as biofuel cells. They can employ cells or enzymes combined with small molecules obtained from biomass such as quinones, flavins, or porphyrins known for their functions in the electron-transport chain of mitochondria and chloroplasts.

Batteries and capacitors are mature technologies used in a large number of commercial applications. However, they still present some limitation to integrate them into flexible and lightweight devices. The addition of biomolecules as materials for cathodes, anodes or electrolytes could allow for manufacturing flexible and implantable biomedical devices with applications in fields such as diagnosis, monitoring or treatment. In addition, the Internet of Things, that will allow the interconnection of these devices with external databases, demand energy storage devices, such as supercapacitors and batteries, to power the biomedical devices attached or implanted into the body.

Therefore, the aim of ePROT project, developed in collaboration between CIC energiGUNE and CIC biomaGUNE and funded by the European Union within the FET-open program, is to replace the solid-state electrolytes currently employed, with cheap, recyclable and non-toxic alternatives such as engineered proteins. These natural materials ensure biocompatibility, biodegradability and allow for manufacturing thin, lightweight and miniaturized devices addressing the needs of the next generation of micro-supercapacitors.

In summary, the devastating effects on the planet of the widespread use of consumer electronics highlights the needs of more sustainable and environmentally friendly materials. CIC energiGUNE, as a reference center in energy storage, is committed to preserve our environment, and for that reason, among other alternatives, supports research activities on bio-electrochemical devices or bio-batteries, whose components are fully sustainable, environmentally friendly and biocompatible. 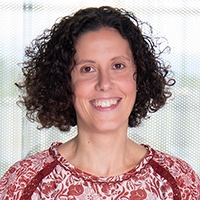