Fuel cells, a pathway to the hydrogen economy?

The use of fuel cells to generate electricity in stationary and mobile applications offers a way to move from our hydrocarbon economy to a hydrogen economy and help achieve a net-zero future.

The fuel cell effect was first reported by a Swiss physical chemist, Christian Friedrich Schoenbein, in 1839 and shortly afterwards a fuel cell device, a gas battery, was developed by Sir William Grove in 1842.

Since these early beginnings there have been many devices that qualify as fuel cells and it is important to realise that the term fuel cell applies to all these devices. They all directly convert a gaseous fuel, such as hydrogen, into electricity by electrochemical means.

How do fuel cells work?

Fuel cells operate by the transport of a mobile ion through an electrolyte separating two chambers with electrodes, as shown in the diagram above. Because the electrons cannot pass through electrolyte they have to pass through the external circuit, generating electrical power from the oxidation of the fuel.

The main advantages of fuel cells are that they have no moving parts, and are thus inherently quiet and efficient, they don’t burn the fuel in a flame as in an internal combustion engine and do not produce particulates or atmospheric pollutants such as NOx, responsible for photochemical smog and consequent health hazards.

The table below lists the main types of fuel cell:

The first three fuel cells, the alkaline, the phosphoric acid and the proton exchange membrane (PEM) are classed as low temperature fuel cells; the two at the bottom of the table, the molten carbonate and the solid oxide fuel cell (SOFC) are classed as high temperature cells and can operate with either hydrogen and hydrocarbon fuels. The most infamous of the fuel cells listed is the alkaline fuel cell used in the Apollo 13 mission where the oxygen tank exploded enroute to the moon.

Each cell of whatever type will only produce a small amount of power, so to achieve kW scale the cells have to be connected together to form a fuel cell stack. In addition, the stack needs an acompanying “balance of plant” to provide gas and air supply and for stack cooling. This all adds to the weight and cost of a finished stack.

Of the 5 listed types of fuel cells the most current interest is being shown in the PEM and the SOFC.

PEM cells need pure hydrogen as a fuel and are the type of cell stacks most often associated with transport due to their low weight. Examples include the Toyota Mirai fuel cell vehicle and the Ballard fuel cell buses. PEM cells are even being considered for the electrification of short haul air transport. These vehicles have zero carbon emissions at the point of use and release only water as the exhaust, clearly an advantage for urban vehicles to reduce pollution levels.

The pros and cons of each vehicle type will eventually determine their ultimate fate, but its likely that, at least in the short term, battery vehicles will be favoured for private users and hydrogen fuel cell vehicles favoured by fleet owners. 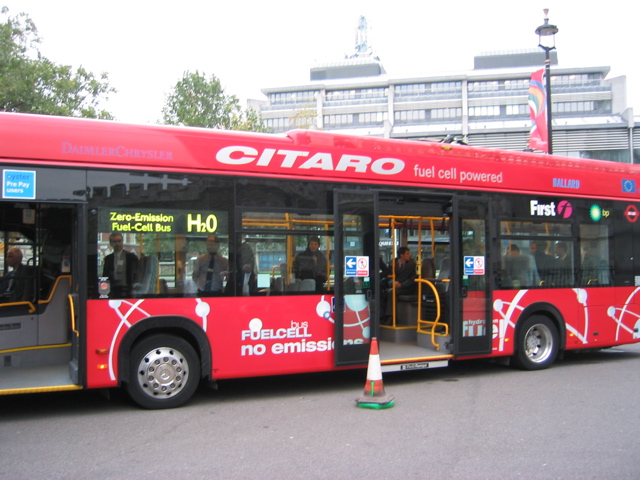 The SOFC has some different advantages and drawbacks. Conventionally, these cells are made from ceramic components and have poor resistance to thermal and mechanical shock.  They were originally only considered for stationary applications. However, this has changed with the advent of metal supported cells where the thin fragile ceramic layers are supported on a porous metal foil. These metal supported cells are sufficiently robust for use in heavy transport vehicles such as buses or articulated lorries.

One advantage of SOFCs is that they can be used with a number of different fuels including hydrocarbons or hydrogen. They are very tolerant to carbon monoxide, a poison for the platinum catalysts used in the PEM cells. Carbon monoxide is a common contaminant when the hydrogen is derived from a hydrocarbon source, as is current practice. This fuel flexibility is important in a rapidly changing commercial and regulatory environment as we move through a low carbon to a net zero world.

SOFC applications include domestic and commercial heat and power, where the waste heat for the fuel cell is used for heating. This is a very efficient way of using these cells because the combined efficiency can reach >80%, something of great importance if the fuel is derived from a hydrocarbon source as this reduces the carbon dioxide emissions per kW generated. This is an active area of development in Japan where the ENEFARM initiative has developed both SOFC and PEM combined heat and power systems for domestic use.

Other applications include power for data centres -an area being successfully exploited by Bloom Energy in the USA-, heavy electric vehicles and shipping.

Shipping is a very interesting application as it is a very difficult sector to decarbonise, there is a great deal of interest in using ammonia as a fuel for commercial vessels, ideal for the SOFC. Earlier this year, the Korean company Doosan Fuel Cell has signed a memorandum of understanding (MOU) with a shipbuilding division of Hyundai Heavy Industries, to jointly develop a SOFC system that provides cleaner power for ships based on the metal supported cells developed by UK company Ceres Power.

A final advantage of SOFCs is that they are reversible. The same cells used to generate power can be reversed and supplied with power and water to generate hydrogen, as was discussed in the previous blog post. This is a possible energy storage system to smooth problems of intermittency in supply from renewable energy sources, provided large scale storage of hydrogen is possible.

Fuel cells have had a long and sometimes patchy history of development. They have always been an expensive alternative to internal combustion engines, exacerbated by low production volumes.  Their ability to provide clean efficient power generation has propelled them to the fore in the global race for decarbonisation. Mass production and deployment are now needed to deliver their inherent advantages and help with limiting climate change and atmospheric pollution. 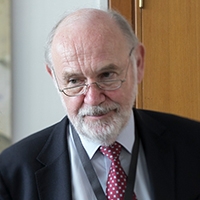