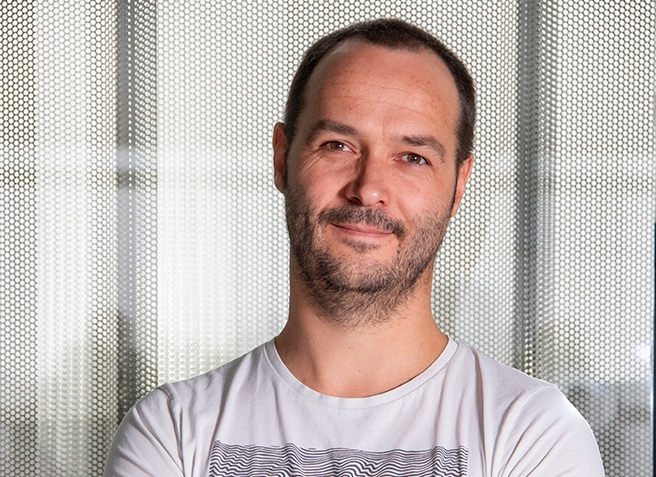 Damien Saurel is an electrochemist and solid-state physicist, with cumulated solid experience in a very broad range of material’s physical and physico-chemical characterization techniques, such as magnetic measurements, DC and AC conductivity, Small Angle Scattering (neutrons - SANS and X-rays – SAXS) and X-ray diffraction. After a Master thesis in 2002 on magneto-resistive manganese oxide thin films, he completed his PhD in 2005 from the University of Caen, France, holding a three-year grant from the CEA. During his PhD he shared his time between the CRISMAT laboratory (Caen, France) working on electronic and magnetic properties of colossal magnetoresistive manganese oxides, and the LLB-CEA national neutron facility (Saclay, France) where he applied the Small Angle Neutron Scattering (SANS) technique to the topological study of the magnetic phase separation in the same materials. In 2006 he joined for one year the Institute of Nanosciences of Aragon - INA (University of Zaragoza, Spain) as a postdoctoral researcher working on the DC conductivity of composites made of carbon nanotubes embedded in polymer matrix, and on the setup of a prototype for detection of magnetic nanoparticles for quantitative chromatographic medical tests using a magnetoresistive sensor. In 2006 he joined the Institute for Nanoscale Physics and Chemistry - INPAC (University of Leuven, Belgium) as a postdoctoral researcher where he studied by photoluminescence spectroscopy the nanometric confinement effects under high pulsed magnetic field of Er-doped nano-glass ceramics for telecommunication applications. In September 2008 he became assistant professor at the University of Caen (France), and became tenured civil servant as “Maître de conferences” (Lecturer) at the university of Rouen (France) in September 2009, teaching in physics, materials science and electronics. Damien Saurel joined the CIC energiGUNE in July 2011 as a researcher under permanent contract of the electrochemical energy storage area (EES). He is head of the Physical Properties Measurement platform since 2012 and head of the XRD platform since 2017. He shares his time between research on M-ion batteries (M=Na, Li) and capacitors, the experimental development of the XRD and Physical Properties Measurement platforms, and the management of these platform’s internal research activities. He is very skilled for experimental development and analysis methods development as well as electrochemical characterizations, which led him for instance to the development of the CICe’s X-ray in-situ electrochemical cell that can be operated in lab scale instruments (PXRD, SAXS) as well as synchrotron radiation instruments (HRPXRD, SAXS, XAS).