Making small to be intense 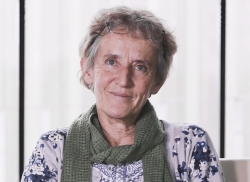 In Thermal energy storage (TES) systems, power and capacity are in apparent opposition. Achieving energy densities significantly higher than those of current sensible heat storage systems employing latent heat or thermochemical storage technologies entails severe limitations in terms of power. A similar problem appears in battery packs, microelectronic devices, and electric assets, where increasing capacity and power need to be accompanied by the development of increasingly efficient cooling systems. This group is devoted to the experimental and numerical study of innovative heat transfer intensification solutions to face the new challenges of ultracompact TES and thermal management of batteries, electronic and electric systems. Some of the active topics are:

Our group collaborates with other groups in the development of varied solutions in the following lines of research: