Member of the Scientific Committee 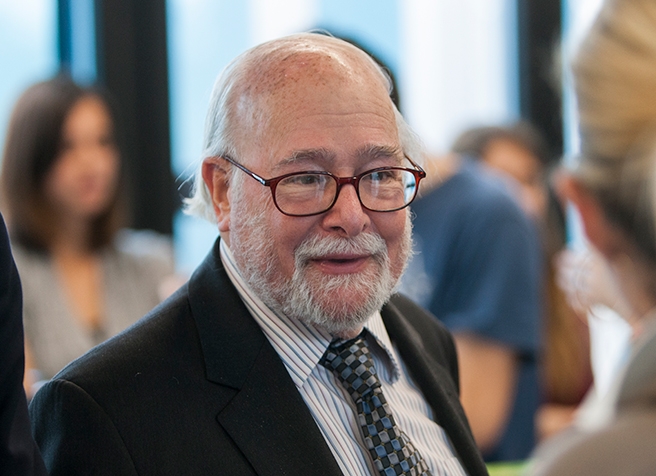 After taking a B.S. from Fordham University, Dr. Gyuk did graduate work at Brown University where he was research assistant to Nobel Laureate Leon Cooper working on superconductivity. Having received a Ph.D. in Theoretical Physics from Purdue University, he became a Research Associate at Syracuse. As an Assistant Professor he taught Physics, Civil Engineering and Environmental Architecture at the University of Wisconsin. Research interests included the theory of elementary particles, metallurgy of non-stoichiometric alloys, non-linear groundwater flow, and architectural design using renewable energy and passive solar techniques. Dr. Gyuk became an Associate Professor in the Department of Physics at Kuwait University where he organized an international Workshop on the Environment of the Arab Gulf, and was a member of the Emir’s Taskforce on Technology and the Future of Kuwait.

After six years in the Gulf, Dr. Gyuk joined the Department of Energy to manage the Thermal and Physical Storage program. Later he managed DOE´s research on biological effects of electric and magnetic fields. Currently he directs the Energy Storage research program of the U.S. Department of Energy which funds work on a wide variety of technologies such as advanced batteries, flywheels, super-capacitors, and Compressed Air Energy Storage.