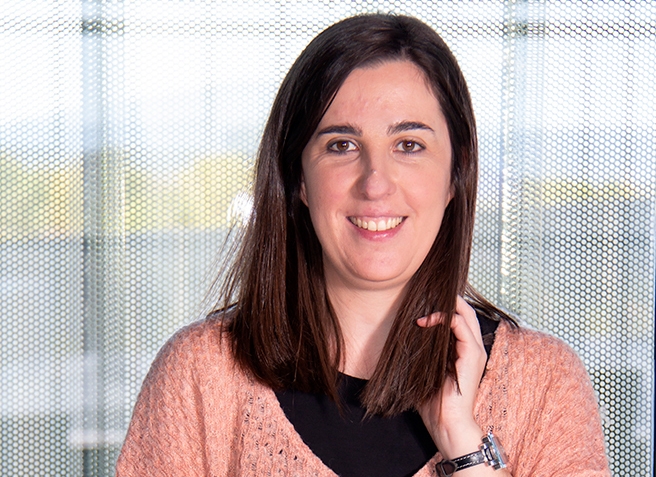 She received her undergraduate degree in Chemical Engineering in the University of the Basque Country (EHU-UPV) in 2006. Her Final Year Project, accomplished in the department of Chemical Engineering of the University of the Basque Country, dealt with the deactivation the of catalysts used for the production of ethanol and dimethyl ether for automotive purposes. When she finished her undergraduate studies, she started working in the Energy Unit of IK4-Ikerlan in the field of Solid Oxide Fuel Cells (SOFCs), where she developed her PhD under the supervision of Dr. Lide Rodríguez and Prof. Francisco Castro. She received her PhD in Industrial Engineering from TECNUN – Universidad de Navarra for her research in the field of Metal-Supported SOFCs. Her PhD Thesis was focused in the fabrication and electrochemical/microstructural characterization of anode side SOFC components, as well as their long term stability at high temperature and corrosive environments. Before her graduation, she collaborated with the CIC energiGUNE in the development of High Temperature Metal-Air Batteries (HTMAB) and after her graduation in 2013, she joined the CIC energiGUNE as a post-doctoral researcher. During her post-doctoral researcher period she mainly worked in the field of HTMAB and sodium-ion batteries. Moreover, she performed a 4 month stay in ZSW (Zentrum für Sonnenenergie- und Wasserstoff-Forschung Baden-Württemberg, Ulm, Germany) working in Li-ion battery cathode formulation. Currently she is focusing her research in the development of solid state battery prototypes as an associate researcher in the Cell prototyping group.