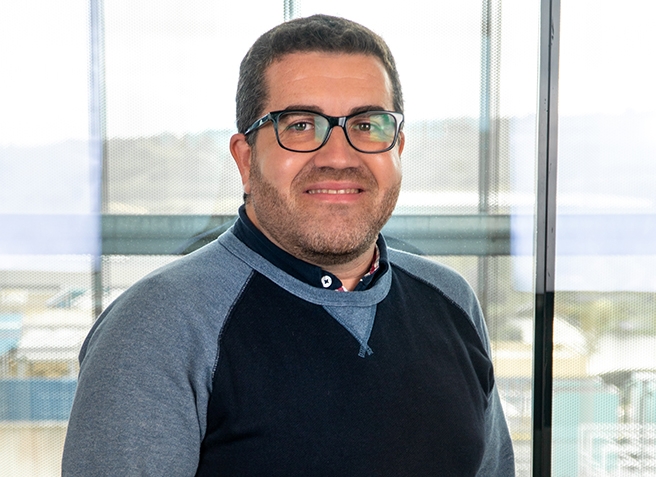 PhD Luis Bartolomé graduated in Physics, majored in solid-state physics, at the University of the Basque Country (UPV/EHU) in 2006. That same year, he started working as a research fellow in Psychoacoustics of home-appliances at the Acoustic and Vibrations Area of the RDI center of Fagor (Arrasate, Spain). After one and a half years, he enrolled as a PhD student in the Research Group of Surface Technologies at the Faculty of Engineering of the Mondragon University, under the Doctorate program in Engineering. In 2012, he completed his PhD thesis entitled “Theoretical, experimental and numerical analysis of mechanical and contact behaviours of a thermoplastic polyurethane elastomer used as a cover rope in lift industry”. Hereafter he worked as a full-time researcher in the R&D Department of Meler Group, a manufacturer of systems for applying adhesives, in Pamplona (Spain), developing new applicators and carrying out thermal and hydraulic simulations. In 2014, he was awarded a Marie Curie fellowship as an Experienced Researcher as part of the European FP7-ITN project ENTICE at the Laboratory for Tribology and Interface Nanotechnology (TINT) of the University of Ljubljana (Slovenia). During this post-doc position, under the supervision of Prof. Mitjan Kalin, he investigated the ZDDP tribofilms which were characterised using an inverse method based on finite element. In 2017, he joined the Aerospace Structures and Materials department at the Faculty of Aerospace Engineering of TU Delft as a postdoctoral researcher within the A green Deal in Energy Materials (ADEM) project which focuses on the erosion on the leading edge of the wind turbine blades. Since October 2020, he works as a post-doc researcher of the Thermal Energy Storage area at CIC energiGUNE, focusing on nano-triboelectrification.