The Basque center, along with more than 500 scientific companies, institutions and organizations from all over the continent, will be part of the main initiative developed by the European Union in order to promote technologies that will allow to produce and use this element in sectors like industry and mobility.

CIC energiGUNE, the Basque research center of reference in electrochemical and thermal energy storage and a member of the Basque Research & Technology Alliance-BRTA, has adhered to the European Clean Hydrogen Alliance, the initiative promoted by the European Union to build an ecosystem with all the chain agents of value linked to the development of hydrogen, inside a framework of energy transition. The ultimate goal of this program is to facilitate the start of technologies based on this element for the year 2030 and to smooth the path to Europe’s decarbonization by 2050.

More than half a thousand public agents and private companies from all over the continent take part in the new Alliance. This wide participation positions the organization as the fundamental space to define a European hydrogen ecosystem that will allow the financing of projects and the passing of knowledge. From the EU’s point of view, this is a key element in order to reach the objective of the “Green Deal” and, specially, the transition to a clean energy.

It has to be borne in mind that the European Green Deal is the roadmap of the European Union to achieve climate neutrality by 2050 by means of investments in environmentally friendly technologies, the backing of innovative industries and sustainable transport systems; and the aspiration to decarbonize the energy sector and better the construction sector’s efficiency, among other measures. 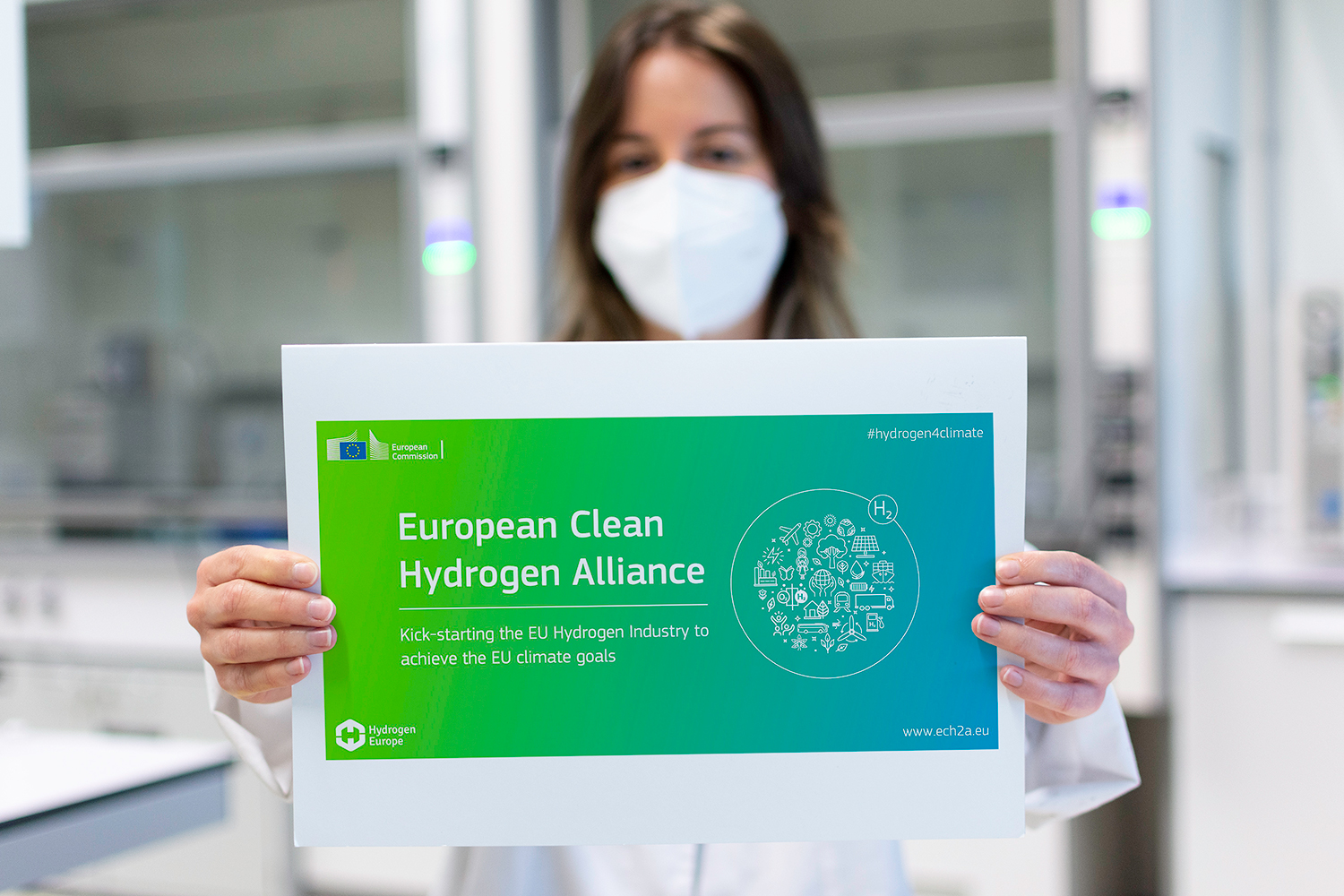 In this sense, hydrogen has various energetic uses, such as the renewable energy storage, and it is also an element that needs to be developed on the matters of sustainable mobility. Likewise, it is environmentally friendly because it does not emit carbon dioxide when it is used. Consequently, it is viewed as an effective solution in order to decarbonize industrial processes and economic sectors where reducing carbon emissions is urgent and difficult to achieve.

In general terms, the Alliance will have an important role in facilitating and implementing the actions of the new European hydrogen strategy and, in particular, its investments agenda. In this sense, the European industrial plan estimates investments of 430.000 millions of euros until 2030 in this field. Moreover, the Alliance will be important in the context of the new strategy of the energy system integration.

Among its short-term goals are the support of the increase of renewable and low-carbon hydrogen production and demand, as well as the coordination of actions and the constitution of a wide forum that will involve the civil society in the whole process of energy transition. Taking into account that the investment cycles in the sector of clean energies span over periods of 25 years, the EU understands that the moment to take action is now. As an immediate action tool, the European Clean Hydrogen Alliance will work towards building a solid investment portfolio that will involve all its partners.