The Basque Center, which appears as the coordinator of one of the projects and is a distinguished member in the rest of the proposals, has reached a success rate close to 90%, well above the usual success levels in these calls, which consolidates the center’s position as a European reference on solid-state batteries.

CIC energiGUNE, the Basque research center of reference in battery storage,  thermal energy solutions and hydrogen technologies, and member of the Basque Research & Technology Alliance-BRTA, has reached a maximum success rate in the Horizon Europe call of the European Commission for the promotion of projects related to the development of high-performance batteries, focused on electro mobility as well as on other applications. Specifically, Europe has approved the funding of 8 out of the 9 projects in which the Basque center participates, -one of them led by CIC energiGUNE-, which gives it a success rate of 90%, well above the usual success parameters of these calls.

“Reaching such a high level of approval of European projects is not within the reach of any institutions, and it says a lot about the work and qualifications of our people”, has assured Raquel Ferret, Business Development director at CIC energiGUNE. “We are, by our own merits, in the group of actors that are going to shape the development of the industry of energy storage and mobility in Europe, and the results of the Horizon Europe call are a reflection of this reality”, she has stated.

CIC energiGUNE is the leader of one of the eight approved projects and is a distinguished technological partner of the rest, in which companies like Toyota, Renault, Innoenergy, Umicore or Avesta participate; and also renowned scientific entities, such as the French National Center for Scientific Research (CNRS), the University of Picardie Jules Verne or the Austrian Institute of Technology (AIT).  Moreover, within some of the projects other members of the BRTA are also present such as Ikerlan and Cidetec, and entities like the University of the Basque Country or the Polymat Foundation, which highlights the prominent position of the Basque Country in the field of batteries.

Specifically, the Basque center will coordinate the HELENA project, whose objective is to develop halide solid-state batteries for electric vehicles and, specially, for aircraft, since it is considered that electric aviation will be ready for takeoff in the next 5 to 10 years. The task of the Basque center will be critical, for it will bear the responsibility of developing a new methodology that combines electrochemical tests and thermal images that determine the mechanical stress and give the possibility to identify and quantify the lithium coating during the life cycle of the battery with the objective of optimizing the recycling decisions. Consortium partners include the Austrian Institute of Technology (AIT), the Belgian company Umicore, LionVolt, from the Netherlands, the German CustomCells or the Basque Zabala Innovation Consulting, among others. 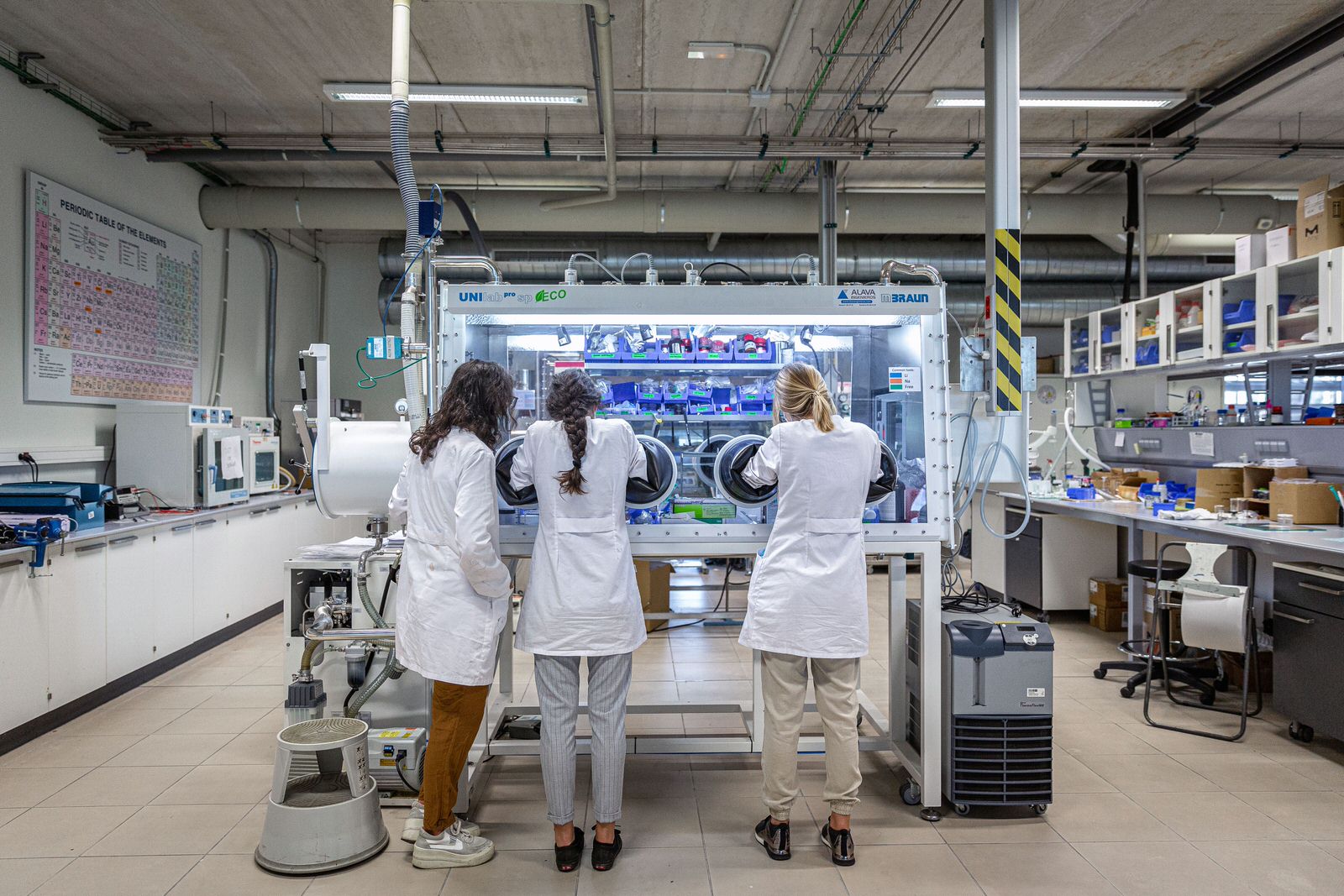 Regarding the rest of the projects included in the funding of Horizon Europe 2021 and with the participation of CIC energiGUNE, the ones related to solid-state batteries, in which the Basque center is an international reference, need to be highlighted. In this way, ADVAGEN, coordinated by ABEE-Avesta Battery & Energy Engineering, pursues the development of a new technology of lithium metal (LiM) battery cell based on a hybrid solid-state electrolyte that is safe, reliable and high performing that will allow Europe to obtain a competitive vantage point above the global competition.

PULSELiON, meanwhile, is a project coordinated by RISE – Research Institutes of Sweden- that aims to facilitate the manufacturing of solid-state “Gen 4b” batteries based on lithium metal anode, sulfide solid electrolytes and NMC cathode rich in nickel, using a new laser deposition technique. BEST, under the leadership of KIC Innoenergy, will be the new technical secretary of ETIP Batteries Europe. Batteries Europe is an initiative promoted by the European Commission to bring together the research community, distinguished representatives of the industry and the academia in a forum that has defined the roadmaps of research on energy storage, from emerging technologies to advanced materials and applications.

The GIGAGREEN project, coordinated by the Polytechnic Institute of Turin, is designed to promote the next generation of cell and electrode component processing techniques, in the search for breakthrough innovations that will improve the environmental, economic and social performance of the lithium-ion cell manufacturing industry. In the same manner, SPINMATE aims to implement a scalable, sustainable, safe and cost-effective digital concept pilot line as a first step towards large-scale manufacturing of solid-state battery cells. This project will also be coordinated by ABEE-Avesta Battery & Energy Engineering.

The European Framework Program Horizon Europe, in its 2021 call regarding the field of batteries, has specifically promoted the submission of projects on advanced generation 3b lithium-ion batteries (high capacity and high voltage) focused on electromobility as well as other applications. Concretely, it expects the funded projects to contribute to results in three area: Development of advanced lithium-ion batteries that offer improvements in cost, performance, safety, sustainability and recyclability; increase of the energy density and, therefore, increase of the driving distance of the electric vehicle; and reduced emissions from the transport and industry sectors to support the EU´s efforts in its goal of achieving climate neutrality by 2050.