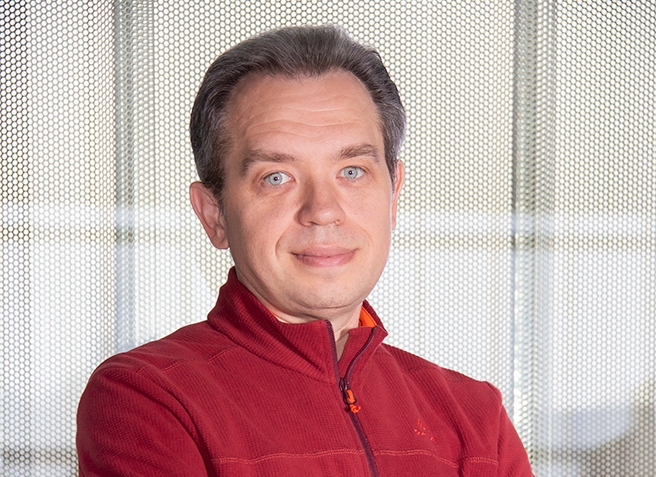 Dr. Mysyk completed his PhD in Chemistry in the National Academy of Sciences of Ukraine (2005). His PhD thesis was devoted to graphite intercalation compounds, their stability, structure and exfoliation. In 2006-2007 he worked as a post-doctoral researcher in Dalhousie University (Canada) in the group of Prof. M.A.White where he was involved in studies on the kinetics and thermodynamics of inclusion compounds. In 2007-2009 Dr. Mysyk worked in the CNRS Research Centre on Divided Matter (France) as a Marie Curie Research Fellow in the group of Prof. F. Béguin, working on carbon-based supercapacitors, particularly studying capacitive charge storage with respect to the porous texture porous carbons. He also studied Si/C composite negative electrodes for Li/ion batteries. In 2009-2011 he alternated his activity in both National Academy of Sciences (Ukraine) and CNRS (France), continuing his work on nanoporous carbons and supercapacitors. Currently Dr. Roman Mysyk is an Associate Researcher within the Solid-State Electroactive materials Group and Supercapacitor Research Line in CIC energiGUNE. Dr. Mysyk has worked in CIC energiGUNE since 2012 and initiated activity on supercapacitors, with the main focus on carbon, graphene-based and inorganic nanomaterials for electrochemical capacitors, including double layer capacitors, pseudocapacitors and hybrid capacitors. He has also been involved in a number of industrial projects both locally and internationally. Dr. Mysyk has co-authored over 40 papers and supervised the work of doctoral and Master´s students.