Together, but not in each other´s pockets: decoupled water electrolyzers.

Water electrolysis is one of the most promising technologies for the conversion of intermittent renewable energies into a clean chemical fuel: Hydrogen. This simple electrochemical process has the purpose of using renewable energies such as solar and wind power to separate the components of a water molecule into oxygen and hydrogen. Being the latter a fuel that can be stored and used in off-peak hours of renewable energies. Although conceptually the process seems simple, the implementation of the current technology still requires overcoming several challenges associated with efficiency, safety, cost and durability.

The implementation of both electrolyzers on a large commercial and industrial scale requires scientific and technological improvements to increase the power densities of the stacks, to simplify the complexity of the system, to improve the long-term stability of its components due, and to decrease the high cost associated with the cost of catalysts (usually of critical or scarce materials) and membranes.

Alkaline electrolyzers are currently more attractive for industrial applications due to their higher performance, greater durability and better price-performance ratio. However, one of the main problems of alkaline electrolyzers is their large size, but recent research has been able to reduce their total volume by assuming a "zero-gap" configuration (when the space between membrane and electrodes is zero).

However, this configuration is not free of challenges as it has conductivity problems and troubles associated with the accumulation of bubbles of Hydrogen and Oxygen formed on the electrode surface. As a result of these technical drawbacks, the power density of alkaline electrolyzers is affected.

The efficiency of current conventional electrolyzers, and therefore the H2 production rate, is also conditioned by how fast the oxygen is formed, which is a complex, slow reaction and the cause of catalyst degradation in the long term.

In addition, one of the most relevant challenges in both EA and PEM electrolyzers is the diffusion of gases through the membranes. Such gas diffusion, if uncontrolled, can result in explosive mixtures of H2 and O2. And although membrane design has advanced significantly in recent years by increasing their ionic conductivity and decreasing their gas permeability, existing membranes are not completely impermeable to gases and, in particular, to hydrogen permeation. This is a challenge for the safety of the system, and for this reason, the generated pressures of H2 and O2 must be very carefully controlled to prevent them from permeating between the anode and cathode compartments.

Keeping the gases separated in both compartments is not trivial. When an electrolizer is connected to renewable energy sources like wind or solar, the input power is variable and, therefore, the generation rate, and so are the pressures of H2 and O2. Also, when current densities are low, H2 production is also slow and very similar to the gas permeation rate through the membrane. For example, an electrolizer connected to solar panels with an efficiency of 10% sun-fuel energy transformation and under solar exposure of 100 mW cm-2 would operate at a current density of 10 mA cm-2, which is considered a good benchmark. However, at these current densities, hydrogen permeation can be potentially dangerous since the potential explosion limit for hydrogen-oxygen mixtures is only 4%.

A fast and cheap technology that allows us to solve these problems is uncoupled cells. In decoupled electrolyzers, the evolution of H2 occurs simultaneously with the oxidation of an intermediate mediator, which will subsequently be reduced by the formation of oxygen (Figure 1). Therefore, in decoupled electrolyzers the formation of H2 and O2 are separated in time and space, thus avoiding gas mixing when the device is connected to renewable energy sources.

Furthermore, since H2 and O2 production does not occur simultaneously, there is also no need for additional, usually costly, H2 purification steps.

Figure 1: Representative diagrams of a simplified conventional water electrolizer (A) and a decoupled water electrolizer in liquid medium (B). In figure B on the right, the O2 evolution is coupled to the reduction of the redox mediator (MOxi+2e-+2H+->MRed) and on the left the H2 evolution is coupled to the oxidation of the redox mediator (MRed->MOxi+2e-+2H+).

The efficiency of H2 production is also improved in decoupled cells, since the rate of hydrogen production depends only on the oxidation rate of the redox mediator (usually fast) and is independent of how fast the oxygen is formed. It is true that the selection of the redox mediator has to be optimal and its oxidation rate comparable to the rate of H2 generation in the desired electrolyte medium, either acidic or alkaline.

Additionally, as H2 and O2 production are not coupled in time and space, O2 evolution can be substituted by the oxidation of other species adapted to the company´s necessities, such as the H2O2 synthesis (hydrogen peroxide), Cl2 (chlorine) or oxidation of the company´s own organic wastes. This means greater adaptability of the system and a reduction in H2 production costs.

One solution, many possible candidates: types of redox mediators.

When talking about redox mediators for decoupled electrolyzers, they can be grouped into redox mediators in fluid medium, either aqueous or organic, and solid redox mediators. Regardless of its physical state, fluid or solid, the two main requirements of such a mediator must be that: i) the mediator is stable in its oxidized or reduced form, and ii) that the oxidation and reduction potentials are within the hydrogen and oxygen evolution potential range.

Early investigations of decoupled electrolyzers with redox mediators in liquid medium were inspired by redox flow cells in aqueous medium, employing redox pairs of metal ions like Vanadium and Cerium. However, many of these species are poorly soluble in water, or suffer from poor long-term stability under real pH and operating conditions. Alternatively, some charge-carrying organic molecules offer certain advantages as redox mediators. Organic redox mediators exhibit greater flexibility compared to metal ion mediators, since an organic redox mediator can be functionalized to increase its solubility and can carry several charges. As a result, the power density can be greatly increased, improving the final performance of the electrolyzer.

As a conclusion, the development and implementation of decoupled water electrolyzers comes to provide real solutions to the current limitations of conventional electrolyzers such as stack power density and explosive gas mixing. Since its appearance, and in less than 5 years, it has managed to evolve in different aspects, highlighting its versatility and safety. However, it should concentrate more on fundamental studies for the development of redox materials, both fluids and solids, and on improvements in cell design. Decoupled electrolyzers have great potential to replace conventional alkaline and PEM electrolyzers and efficiently harness intermittent renewable energy sources for H2 generation and storage. 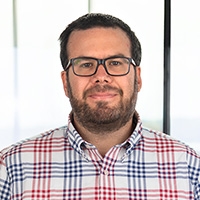