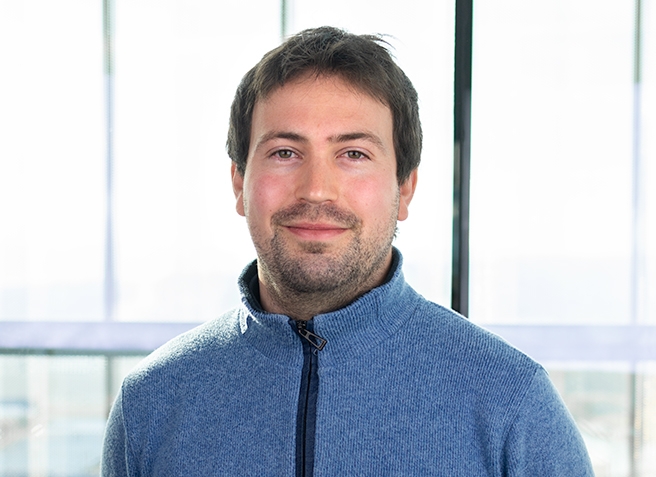 Jokin joined CIC energiGUNE in summer of 2013 as an internship student where he worked on the development of Faults program. He continued as a master´s student working on his master thesis on the topic of NaTiOPO4 as electrode material for Na-ion batteries. From September 2014 he started as a PhD student focused on the study of surfaces and interphases in conventional and thin-film Li-ion batteries. In 2015 he stayed for three months at Stephenson Institute for Renewable Energies with Professor Laurence Hardwick´s group (University of Liverpool). During his stay, he worked on the study of the evolution of Li4Ti5O12 electrode´s surface upon cycling, within the framework of SIRBATT project. In 2019 he obtained his PhD in Physics by the University of the Basque Country. In 2018 he joined Oxis Energy, where he worked as a research scientist on the development of metallic Lithium anodes for Li-S batteries.  From 2021 he was a researcher at the post-mortem group at Cidetec Energy Storage, where he worked on the parametrization and study of degradation mechanisms in Li-ion cells. He is co-author and co-inventor of several scientific papers and patents, respectively.

Since March 2022 he has rejoined CIC energiGUNE as Associate Researcher.