The Basque center is one of the “Relevant Actors in R&D” at a European level in the chain of value of the Li-ion batteries, according to the report “Solid-state batteries for the automotive industry” carried out by the European Commission.

CIC energiGUNE, the Basque research center of reference in battery storage, thermal energy solutions, and hydrogen, and member of the Basque Research & Technology Alliance BRTA, is one of the thirteen “Relevant Actors in R&D” inside the chain of value of the solid-state batteries in Europe, according to the report requested by the European Commission inside the framework of the project “Solid-state batteries for the automotive industry”.

Moreover, two of the European projects led by CIC energiGUNE, SAFELiMOVE and HIGREEW, have been included in the report “Research and Innovation for Sustainable Batteries” as highlighted initiatives that help European batteries to reach the sustainability requisites demanded by the EU. Likewise, the initiative SUBLIME is also part of this selection of Horizon2020 projects, in which the Basque center acts as a key associate.

The report “Solid-state batteries for the automotive industry”, carried out by the Fraunhofer Institute of Systems and Innovation Research in Germany, specifically analyzes the European context of research and the development of the Li-ion solid-state batteries for electric vehicles. Apart from CIC energiGUNE, in the list there are also other twelve prestigious entities in France, Germany, the Netherlands and Belgium.

The presence of CIC energiGUNE comes reinforced, as well, by the inclusion of the SAFELiMOVE project in the list of the principal European initiatives in this field. SAFELiMOVE is led by CIC energiGUNE and has as an objective to research the development of a new technology based on a solid-state electrolyte that will lead to a lithium battery that is safer, more reliable and of a higher performance. It is also part of this list of projects, in which only 8 proposals have been included, the initiative SUBLIME, which researches the new generation of solid-state battery cells and in which the Basque center is a key associate. 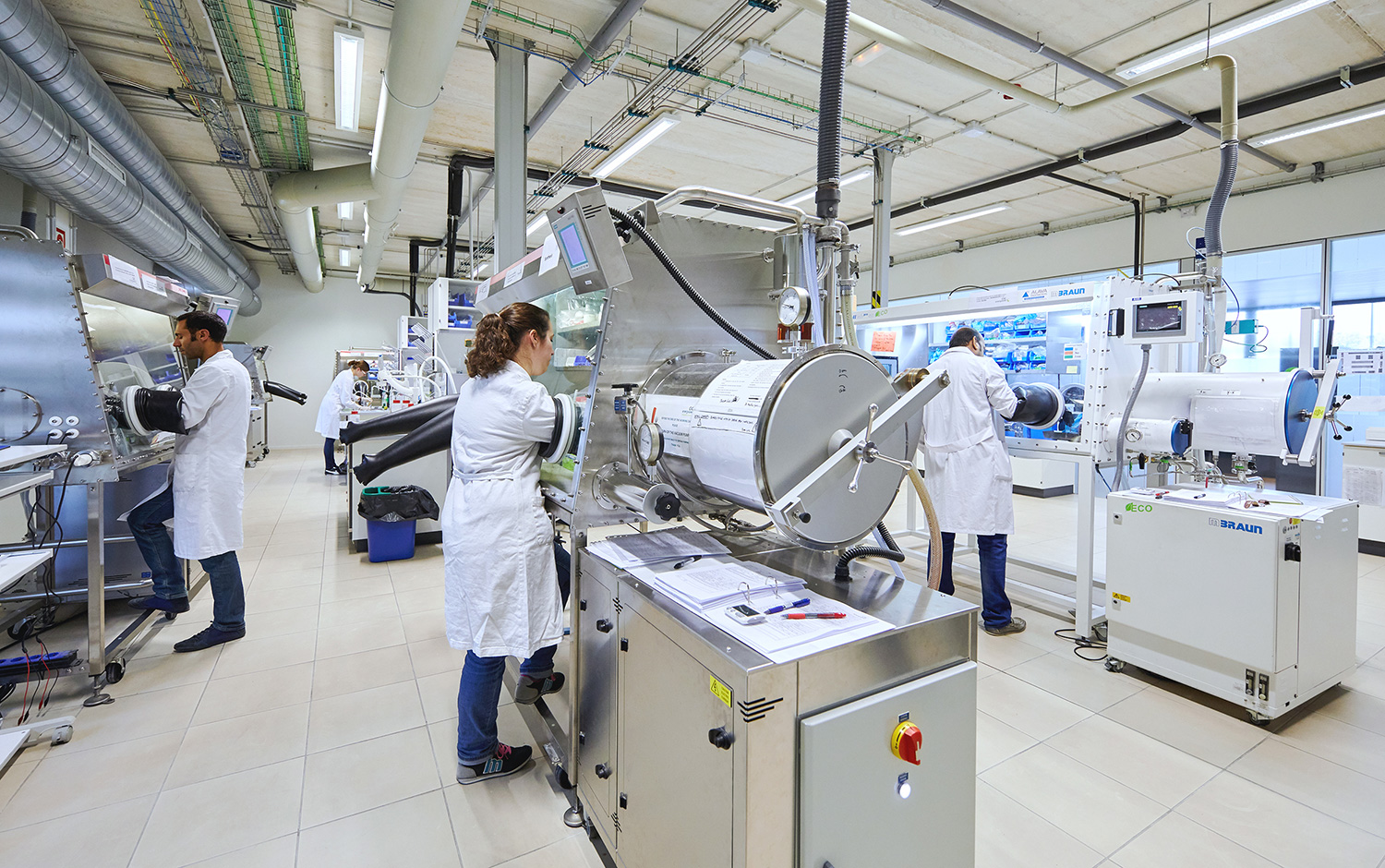 Precisely SAFELiMOVE as well as SUBLIME have been also included in the report “Research and Innovation for Sustainable Batteries”, in which the principal European Horizon2020 projects are gathered and they all stand out for their capacity of contributing to the compliance of the sustainability requisites demanded by the EU with regard to transforming Europe into a sustainable and competitive economy by 2050. HIGREEW also appears in this list, an initiative led by CIC energiGUNE and which aspires to facilitate the design of 100% sustainable organic and flux-redox batteries that will contribute to mitigating the impact on climate change.

It needs to be mentioned that in the case of SAFELiMOVE and SUBLIME, they are two of the four projects highlighted by the EU in the section “Promising Projects for Solid-State Batteries”, which positions CIC energiGUNE as a key agent in this field. The studies of the EU predict that the industries of the battery with solid-state electrolyte will reach a market size of 23,000 million of euros by 2029. In fact, if the principal technological barriers are resolved, the anticipated demand of solid-state batteries for electric vehicles will increase from the predicted 200MWh by 2022 to 2GWh by 2025.

For its part, HIGREEW is one of the 4 projects selected in the section “Projects of Redox Flow Batteries to capture solar and wind energy”. In total, there are only 18 initiatives that have been included by the European Commission in its report on the sustainability of batteries, with which they expect to set the basis in order to reinforce the competitiveness of the internal market of the EU, increase the resilience of the chain of supply and reduce the social and environmental impact of the production of batteries.