Five scientists from CIC energiGUNE, among the most influential in the world according to the ranking of Stanford University

CIC energiGUNE, the Basque research center of reference in battery storage, thermal energy solutions, and hydrogen, and a member of the Basque Research & Technology Alliance-BRTA, holds five of the most relevant researchers in the world, as it is recorded in the list “Ranking of the World Scientists” made by Stanford University and Elsevier. The last update reflects that Michel Armand continues to be the most important researcher in the State in the field of Energy and has climbed up to the sixth position at a world level. Moreover, after having analyzed the work done in 2019, he has positioned himself as the most important one in the Basque Country in all of the fields.

Likewise, the Scientific Director of the Thermal Storage Area in CIC energiGUNE, Elena Palomo, appears as one of the most important ones in the Basque Country and the sixth in the State in the field of Mechanical Engineering and Transport, while Teófilo Rojo, Scientific Director of the center until last year, is named as the most important scientists in the Basque Country in the area of Inorganic and Nuclear Chemistry in 2019.

The group of scientists from CIC energiGUNE included in the prestigious list made by Stanford University is completed by Javier Carrasco, leader of the group in the modeling and computational simulation area and placed as the third most important researcher in the Basque Country in the field of Chemical Physics; and Heng Zhang, leader of the group in the area of polymeric electrolyte batteries and is positioned as the fourth most relevant in the Basque Country in Energy.

The list of the prestigious institution from California is made according to the impact of the published research, having into account various factors such as co-authorship or the percentage of auto-citing, as well as through a combined analysis of a series of normalized criteria, directly related to the impact of the indexed scientific publications. The study provides a view of the historic professional career of the professionals, as well as the specific work carried out in the last year analyzed, which in this case is 2019.

In this sense, it should be mentioned that Michel Armand, considered by the scientific community as the “father” of the solid-state batteries and the “ideologist” of many conventional lithium ion technologies -like the ones worthy of a Nobel Prize in Chemistry in 2019-, has consolidated his world-referent position all through 2019. Among the more than 7 million professionals analyzed in the whole planet, he holds the sixth position in the specific field of Energy, and the 223 in the general count. Likewise, he is the leader in the Basque Country in all the levels and the third most important in the State.

Born in France in 1946, Michel Armand started at the end of the 80s his research on rechargeable lithium batteries -through a combination with electrolyte of solid polymer-, which allowed the development of the main technologies associated, among others, to the electric vehicle. He is currently responsible for the research area of solid electrolyte at CIC energiGUNE, where he coordinates a work team focused on the consecution of the battery of solid state for the electric vehicle of the future. 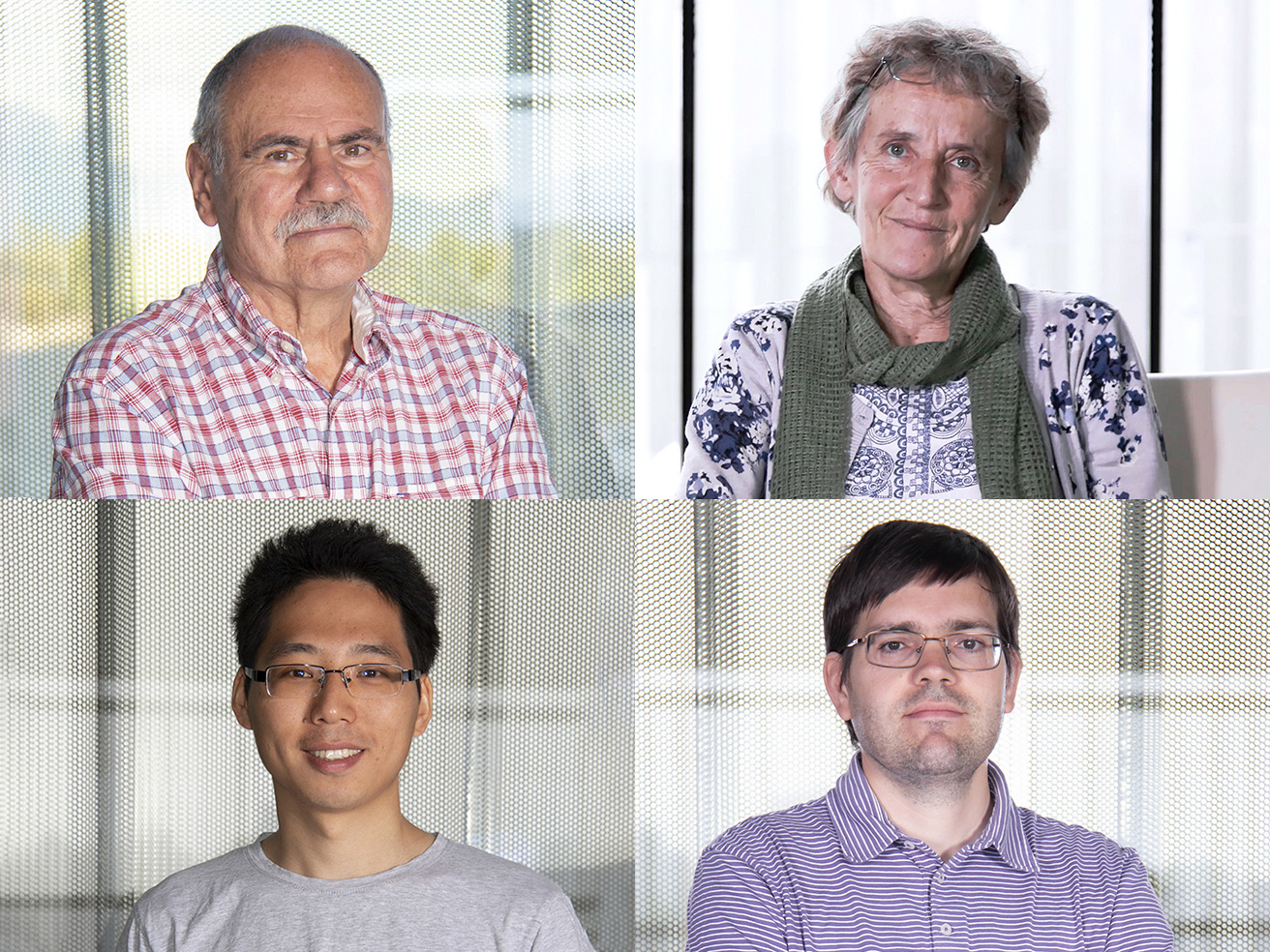 As to Elena Palomo, the Stanford list already places her as the main Basque referent on matters of Mechanical Engineering and Transport and climbs to the sixth position in the State in the “professional career” classification. As responsible for the Thermal Storage Area, doctor Palomo has been involved in the management of European projects, as well as in directing – leading 6 projects– like the evaluation of the framework programs FP6, FP7 and H2020. In 2003 she created – and directed for 4 years – the Master “Energy and Development”, which is now integrated into the Master “Science and Technology at the University of Bordeaux.

For his part, Javier Carrasco appears among the most important researcher of 2019 with a third position at a Basque Country level in the area of Chemical Physics, climbing to the 14th position in the whole of the State. Doctor Carrasco directs since September 2013 the groups of Atomistic Modeling and Computational Studies of CIC energiGUNE, with wide experience that has revolved around first-principles atomistic thermodynamics, functional theory of density, theoretical chemistry and solid-state physics.

Heng Zhang, for his part, is the leader of the group in the area of polymeric electrolyte batteries and, in spite of his youth, has already positioned himself as the fourth most important researchers in the Basque Country on matters of Energy. In fact, it was in 2016 when he started his work as a postdoctoral researcher at CIC energiGUNE on polymeric materials for solid-state batteries. Since 2018 he has carried out his role as manager in the field of polymeric electrolytes and his studies focus around new salts and electrolytes for solid-state batteries.

Finally, Teófilo Rojo also appears in the ranking, he left the scientific direction at CIC energiGUNE early in 2020 after his retirement. In this case, it should be noted that in the analysis from the year 2019 he appears as the main referent researcher in the Basque Country on matters of Inorganic Chemistry, and the tenth at a State-level.

The list made by Stanford University and Elsevier is considered to be the most prestigious document of scientific reference at an international level in order to know the impact of the research work done by the professionals. It is usually divided into two blocks, with the objective of analyzing the work carried out in the last exercise (in this case, the year 2019), as well as the whole of the scientific career.