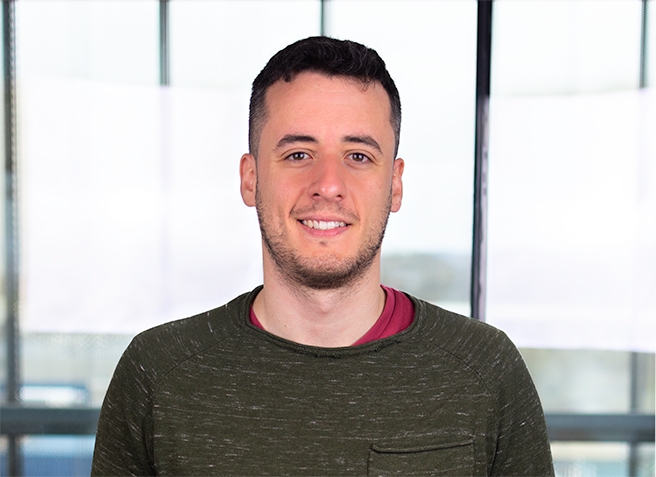 Dr. Oier Arcelus finished his grade in physics in 2014 at the University of the Basque Country (UPV/EHU) and completed a master’s in Nanoscience also in the UPV/EHU in 2015. He obtained his PhD in November 2019, in the UPV/EHU, under the supervision of Dr. Javier Carrasco from CIC Energigune. The thesis consisted of using Density Functional Theory (DFT) to analyze the electrochemical and magnetic behavior of sodium based battery materials. Between 2020 and 2021, he worked as a postdoctoral researcher at the Laboratoire de Réactivité et Chimie des Solides (LRCS), in Amiens (France), in the group of Prof. Alejandro A. Franco. During this time he worked on a variety of subjects, such as building continuum models for simulating the transport of polysulphides through separator membranes, analyzing properties of 3D electrode mesostructures generated through stochastic algorithms and Coarse-Grained Molecular Dynamics, and building tools facilitate data analysis within the group. Currently, he works as a postdoctoral researcher in the Institut de Ciència de Materials de Barcelona (ICMAB) of the Consejo Superior de Investigaciones Cientificas (CSIC), in the solid state chemistry group of Prof. M. Rosa Palacin. He is working in the context of the BIG-MAP stakeholders initiative, developing open software tools for efficient data analysis of XRD patterns along with many partners, such as CIC energiGUNE, Institute Laue-Langevin (ILL), and ALBA synchrotron. He is currently working from the CIC energiGUNE, as an invited researcher, in the Atomistic Modelling and Computational Studies group of Dr. Javier Carrasco.