Coffee and graphene: two key ingredients for the future (and present) of batteries and capacitors

Can you imagine being able to give a second life to the coffee grounds? Or to used cigarettes? Or to grape skins? At CIC energiGUNE we are committed to the revaluation of waste as a key element in the production of lithium-ion capacitors. We explain why, what for and how we do it.

In the last decades, the energy demand of our society has been steadily increasing. Likewise, the amount of waste we generate in our daily lives and in industrial processes has also increased considerably. Therefore, wouldn´t it be interesting from an ecological point of view to use these bio-waste materials to manufacture batteries and capacitors that allow the development of renewable energies?

In this article you will find some clues about the manufacture of novel lithium-ion capacitors made from bio-waste and graphene, a two-dimensional material whose characteristics make it unique in its kind.

Lithium-ion capacitors are the bridge technology between batteries and capacitors. They have higher energy density than a supercapacitor and higher power than a battery. At the same time, they can be used for thousands of cycles more than a conventional battery. For this reason, their application in means of transport and as auxiliary energy storage systems for renewable energies is highly desirable.

However, the materials that make up the electrodes of commercial lithium-ion capacitors are generally carbons with insufficient performance for these applications. In this context, the search for new advanced materials for the preparation of electrodes is crucial for the development of this novel technology.

The revaluation of daily waste

The electrodes of Li-ion capacitors usually consist mainly of carbons with specific conditions, depending on whether it is the positive electrode (capacitor type) or the negative electrode (battery type). This opens the door to the revaluation of daily waste for conversion into carbons and their subsequent use as electrodes for these hybrid devices. Banana peels, cigarette butts, coffee grounds, coconut shells, rice husks and even brewery waste are some of the most promising sources for conversion.

Among all these, coffee grounds are an ideal waste for its utilization, since tons and tons are produced in our homes. To get an idea, it is estimated that around the world around 2,250,000 cups of coffee are drunk daily (approximately 4,500 million liters per day). With an estimated average of 11 grams of freshly ground coffee in each cup, around 381,000 tons of ground coffee are brewed each year, resulting in about a quarter of a million tons of wet ground coffee as waste. But once the coffee has been served, where does all this spent coffee go? It usually ends up as organic waste in a landfill, which not only pollutes aquifers, but also emits large quantities of methane (a major greenhouse gas) during its decomposition.

For an efficient revalorization for energy storage purposes, the spent coffee is treated at high temperatures in a kiln. The resulting carbon is optimized to meet the requirements needed to store energy in a lithium-ion capacitor. In this context, the coffee is mixed with graphene to considerably improve its properties. The graphene - being a single sheet of graphite - provides conductivity, mechanical stability and generally improves the properties of the carbon from the coffee. This coffee/graphene mixture yields very high quality carbons, which are processed as electrodes for lithium-ion capacitors.

As a result, the devices assembled at CIC energiGUNE at laboratory scale are capable of releasing energy and power densities that rival those of commercial devices. In addition, with the ideal cycling conditions, their useful life can be extended up to 15,000 charge/discharge cycles, after which only 80% of their initial capacity is lost. 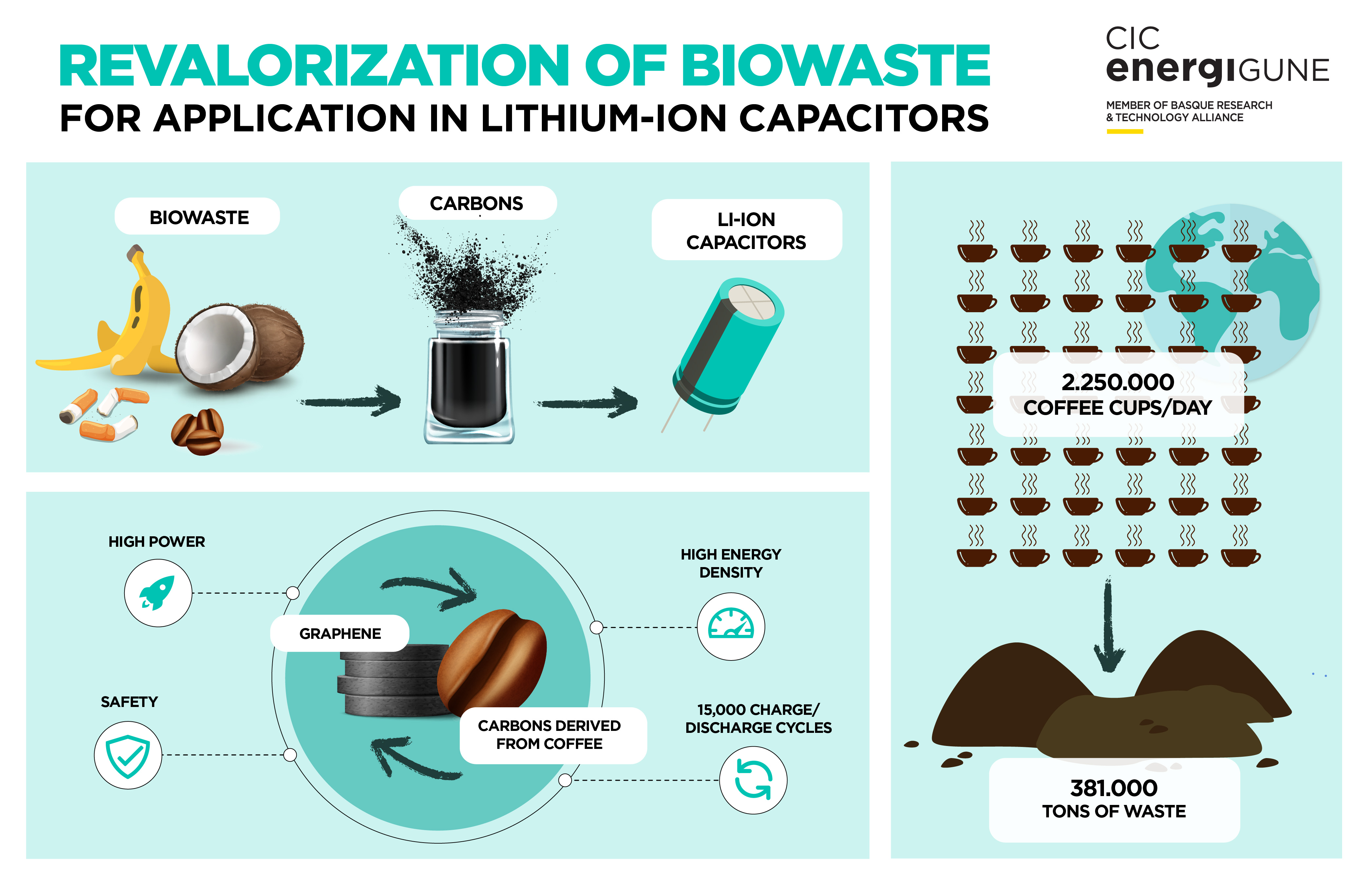 These results show the suitability of using everyday waste for the manufacture of advanced devices. They also put the focus back on the use of graphene, which allows much higher yields than in the case of devices prepared without this material that arouses so many expectations. However, coffee is not the only waste that we can look at when thinking about its use. Recent studies at the center also highlight the use of spent cigarettes and graphene as suitable materials for the manufacture of double-layer capacitors.

In short, given the exponential increase in waste generation that we have been experiencing in recent years, investing in research that revalorizes this waste has a positive impact on the environment and, therefore, on our society. That is why, at CIC energiGUNE, we not only work on new sustainable energy solutions, but we also seek to make use of those resources that can have a second life in order to promote the circularity of the economy. 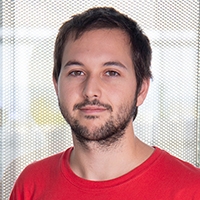