Electrically rechargeable zinc-air batteries: one of the most sustainable technologies of the post-lithium era

Among metal-air batteries, zinc-air batteries are the most advanced nowadays, and are already commercially available (TRL 9) as a primary battery for small hearing-aid devices. Recently, they have been reviewed, and considered as a valid alternative for future rechargeable batteries in the post lithium-ion era.

The intrinsic advantages of these batteries are the use of a cheap and easily recyclable anode active material (zinc), a non-toxic and non-flammable aqueous electrolyte (KOH solution), and oxygen (from environmental air) as cathode active material. Moreover, zinc-air batteries offer competitive energy and power densities, and one of the lowest dependencies from CRMs today. Recently, CIC energiGUNE has been committed to study and develop this technology to promote the penetration in the market for both portable and stationary applications, in collaboration with leading companies in the field, like CEGASA.

Critical Raw Materials (CRM) are elements, or groups of elements, listed as economically and strategically important for the European Union (EU), used in large as well as specialty industries, for which the economic importance is also associated with a high supply risk (see Figure below). 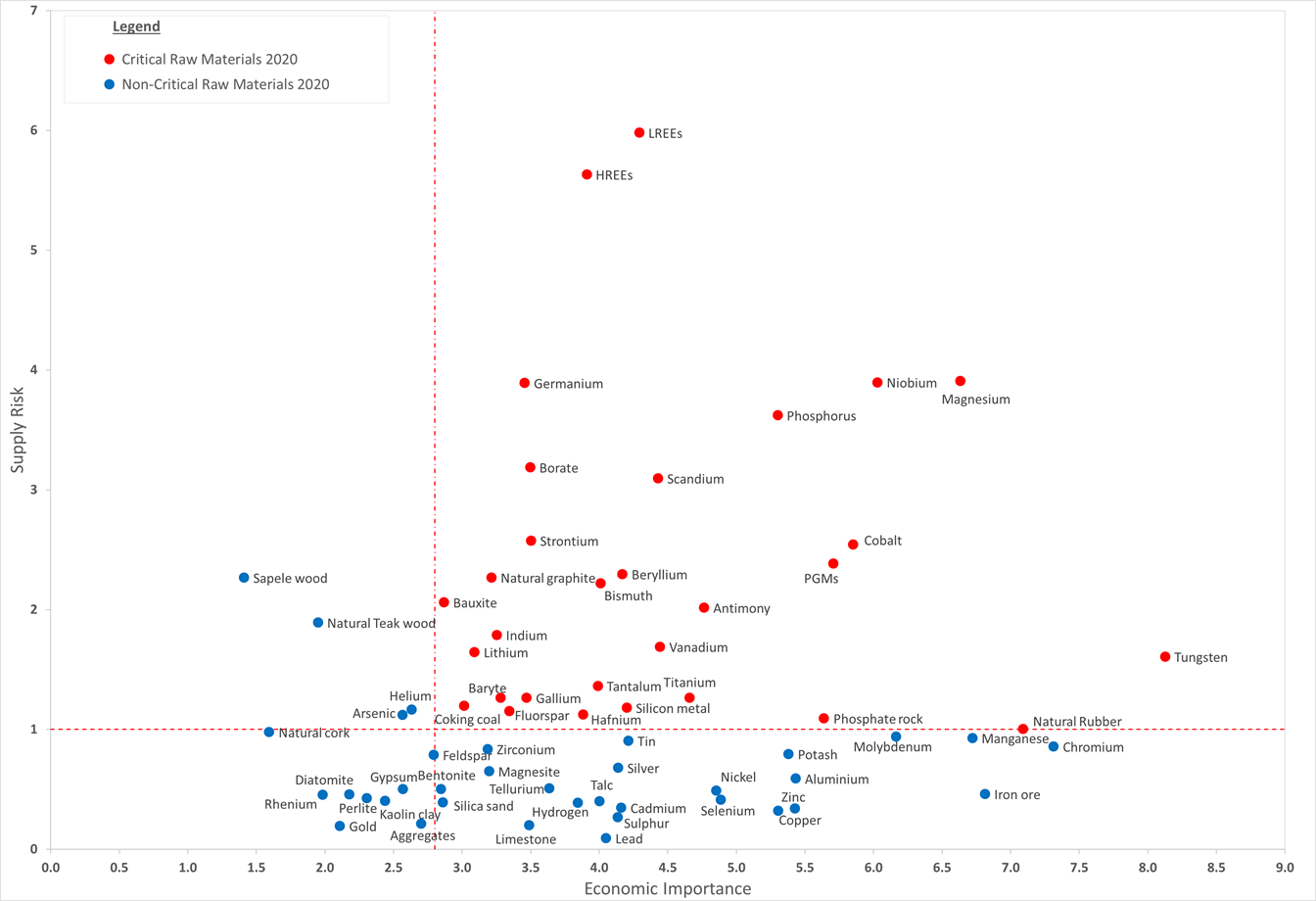 According to the latest release in 2020, there are currently 30 elements/groups listed as critical, and the battery industry is highly affected by this list. This industry is expanding in EU as witnessed by the commitment towards Gigafactories, so the supply of raw battery materials is a not negligible issue, especially considering that the materials that are explicitly mentioned in CRMs’ analysis affect directly the lithium-ion ones.

The report also considers possible new sources of CRMs (i.e., mines), located within European territories - mainly lithium and carbon - and indicated as a way to reduce dependence on external suppliers and supply risk. However, in general, the opening and extensive exploitation of new extraction sites is difficult and very slow due to environmental, sustainability and social issues.

The sustainability of zinc-air batteries

On the contrary, zinc-air batteries, together with sodium-ion batteries, are one of the most sustainable battery technologies. In zinc-air batteries there is a less use of CRMs, or it is possible to conveniently replace them. In fact, zinc is not a CRMs, but some advanced zinc alloys, used as anode, may have a minimal amount of bismuth or indium to avoid corrosion. However, these elements could be replaced by tin, a non-CRM. For indium, even if listed as CRM, some EU countries (France, Belgium, Germany, Italy) can satisfy the actual demand for this element, but this is not ensured if the demand increases due to battery industry development.

Regarding the electrolyte, if it is aqueous, inorganic KOH and water are used. If, on the other hand, semi-solid electrolytes are used (e.g., a gel polymer electrolyte), natural or synthetic biopolymers (non-CRMs) can be additionally used, hence almost no CRMs involved so far. For primary batteries, manganese-based cathode catalysts are agile, available, do not include CRMs (excepted carbon materials), hence still sustainable.

In electrically rechargeable zinc-air batteries, from the sustainable point of view, the same considerations are valid for anode and electrolyte. Yet the bottleneck is the cathode catalyst, because it should be reversible, i.e., bifunctional, and capable to efficiently catalyze discharge as well as charge reactions (the well-known ORR and OER, respectively).

Early bifunctional cathode catalysts included CRMs as platinum, ruthenium, and iridium (three out of the six platinum group metal elements), and cobalt. However, bifunctional catalysts can be also based on nickel, manganese, silver, or iron, all of them non-CRMs, but also on very small amounts of lanthanum or strontium, two CRMs. Strontium, although recently listed as CRMs (in 2020), is presently supplied to EU almost completely by Spain, representing and exception. This is notable because strontium can be used in particular classes of cathode catalysts (i.e., spinels and perovskites) as the main structural element, or as a site-specific dopant, to prepare various compounds and formulations. Additionally, many of these elements (except lanthanum) are already partially recovered and recycled to a certain extend. In fact, increasing the recovery of these metals could push more the circular economy around CRMs, and indirectly the sustainability of zinc-air technology.

These bottlenecks in bifunctional cathode catalysts are also valid for other metal-air types. However, other exemplary metal-air batteries, like aluminum-air (if Al is from Bauxite) and magnesium-air, have another problem because the anode active materials are CRMs already, and have still a low TRL.

So, zinc-air batteries are also special among metal-air and represent a very attractive, sustainable, and viable technology for electrochemical energy storage.

Unfortunately, conflicts like the recent one between Russia and Ukraine, can change completely the scenario for CRMs listing and supply. Russia and Ukraine are important suppliers of nickel and manganese, respectively, two important non-CRMs for zinc-air batteries. If the conflict persists, and a peaceful scenario is not established soon, probably these two transition metals will easily appear in the next update of the EU CRMs list. Therefore, new formulations, more active catalysts, and efficient recycle processes must be developed based on the few elements mentioned to make zinc-air batteries closer to lithium-ion batteries, in terms of performances, rate capability, cyclability/durability. 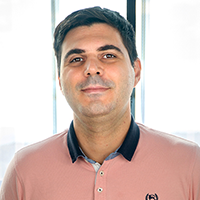