Sodium-ion batteries are a developing technology well aligned with CIC energiGUNE´s commitment to advancing technological alternatives for sustainable, safe, and low-cost energy storage - particularly where recycling is a key factor.

In the current economic and environmental global landscape, where the demand for energy storage systems is growing rapidly, batteries are expected to play a key role in a low-carbon economy.

To date, lithium-ion batteries (Li-ion or LIBs) have dominated the market for portable electronic devices and become the leading candidates for electric vehicles, triggering a substantial growth in global LIB production.

On the one hand this has led to decreasing costs, but on the other hand it has also caused an increase in the mismatch between the supply and demand of raw materials which are preferably avoided – such as those with limited availability or health risks (i.e. are critical and/or toxic).

Two such materials are graphite and cobalt, which are considered to have vulnerable supply chains. Consequently, an increase in LIB production will lead to new environmental and social challenges, which will rapidly become more important as the market expands.

In such a scenario, it will be increasingly vital to search for new, efficient, and cost-effective strategies for the reuse and recycling of LIBs, as well as for new alternative energy storage systems based on abundant, sustainable and low-cost materials (which may then be used an alternative to lithium-ion batteries wherever suitable).

Within this framework, and with the aim of being able to meet both existing and future needs, different energy storage technologies called "post-lithium or beyond-lithium" have appeared in recent years - among which are sodium-ion batteries (Na-ion or SIBs).

Sodium is a is low-cost and abundant chemical element, homogeneously distributed around the world. Given this relative wealth of necessary resources and components, as well as the limited use of critical materials and the low starting cost of their raw materials, SIBs have clear advantages over many current batteries - such as LIBs, lead-acid (Pb-Acid) or nickel-cadmium (Ni-Cd) batteries, as shown in Table 1 below.

Table 1. Comparison in terms of abundance, distribution and toxicity of Li-ion, Pb-acid, Ni-Cadmium and Na-ion battery resources and components.

The origin of SIBs goes back to the 1980s, where research into these systems was carried out alongside that into LIBs. Indeed, it was Claude Delmas and his collaborators who discovered the NaMTO2 layered transition metal oxides (MT = transition metal or combination of several MT), which are analogous to the LiMTO2 compounds postulated by Nobel laureate John Goodenough (who collaborated with Michel Armand, scientific advisor at CIC energiGUNE, during the course of LIB development). Figure 1 shows a characteristic diagram of the components that make up a Na-ion battery.

It was  these early studies into layered oxides that enabled Akira Yoshino to develop the first LIB (LiCoO2 as cathode and graphite as anode), which was subsequently commercialized by Sony in 1991. Unfortunately, by contrast the non-intercalation of sodium ions in graphite became a bottleneck for the development of SIBs, and it was not until the 21st century - when D. A. Stevens and J. R. Dahn discovered that sodium ions could intercalate into disordered hard carbons - that room-temperature sodium-ion technology was reborn.

However, it was not really until 2010, driven by the need for a complementary technology to lithium-ion batteries to relieve concerns regarding material scarcity, that there was a real turning point. This has led to the concept of SIBs receiving interest once again, with research into LIBs signposting useful pathways to progress. 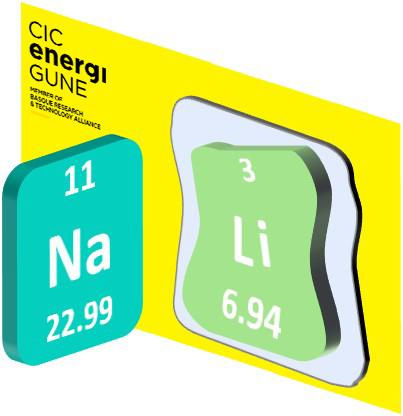 Since sodium and lithium are both members of the alkaline group in the periodic table, similarities in terms of chemistry, technology and performance are to be expected. Indeed, many of the same industrial infrastructures (e.g. the same processing and production technology) are interchangeable between both SIB and LIB technologies, which enables a fast transfer from LIB to SIB production – which in turn minimizes the cost of industrialization (e.g. economies of scale may be rapidly reached) and enables SIBs to be well positioned to penetrate the marketplace.

However, despite the similarities there are some notable key differences. While sodium-ion batteries have clear advantages over LIBs in terms of potential cost, sustainability, and reduced use of critical materials and abundance, the larger radius of sodium and its 0.3 V lower redox potential lead to a lower energy density than comparable LIBs.

Despite these issues, the many advantages of sodium-ion batteries more than outweigh the challenges facing research in this field – and these remain one of the leading candidates of next generation batteries for stationary applications (where the lack of volumetric limitations and emphasis on cost, safety, and long life are highly aligned with the properties of SIBs).

In future blog articles, we will analyze what are the main challenges and opportunities offered by the different materials of this type of batteries, and where the research into future Na-ion batteries is focused at CIC energiGUNE. 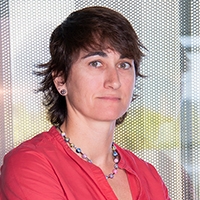