Post-Li-ion batteries and their promise for higher energy density, safety, and lower cost, are today on everyone’s lips as well as in CIC energiGUNE’s research road map.

Lithium-ion batteries are nowadays mainstream for many applications and have already transformed our society by enabling the wireless revolution. But the challenge today, with the electric vehicle industry in expansion, is massive, as our community must evolve towards full decarbonization.

Unfortunately, Lithium-ion batteries will be unable to meet demands such as higher energy density and improved lifespan solely on their own, which is why the energy storage sector is already taking a step ahead.

New terms that might at first result confusing, are thus increasingly found in scientific literature and media: post-Li-ion, post-Li, beyond Li-ion, beyond Li, beyond Lithium, etc.

In order to understand the main differences between all the rising electrochemical energy storage technologies we will clarify some terms and concepts.

For every electron that goes through the external circuit, an equivalent amount of positive charge, carried in the form of ions, is also consumed in order to balance charges. In Li-ion batteries, the charge carriers are Li+ cations, and these are shuttled between the two electrodes that must be able to accommodate them (for example, NMC or LFP and graphite).

On the other hand, if a metal anode is directly used (instead of a host material able to accommodate the alkali ions), we’ll drop the “-ion” from the generic term and speak about a (rechargeable) metal battery. For example, in a Lithium battery, metallic lithium replaces graphite, resulting in much larger capacity but also important safety issues that still need to be solved.

Note that Li metal anodes were retired from the market in the late 80s, but intensive research efforts are currently ongoing for a potential coming back. Likewise, other charge carriers could be potentially used, leading to sodium, magnesium, or calcium batteries, for example.

On the other hand, post-Li batteries (or beyond Li batteries), necessarily involve a different charge carrier other than Li+. 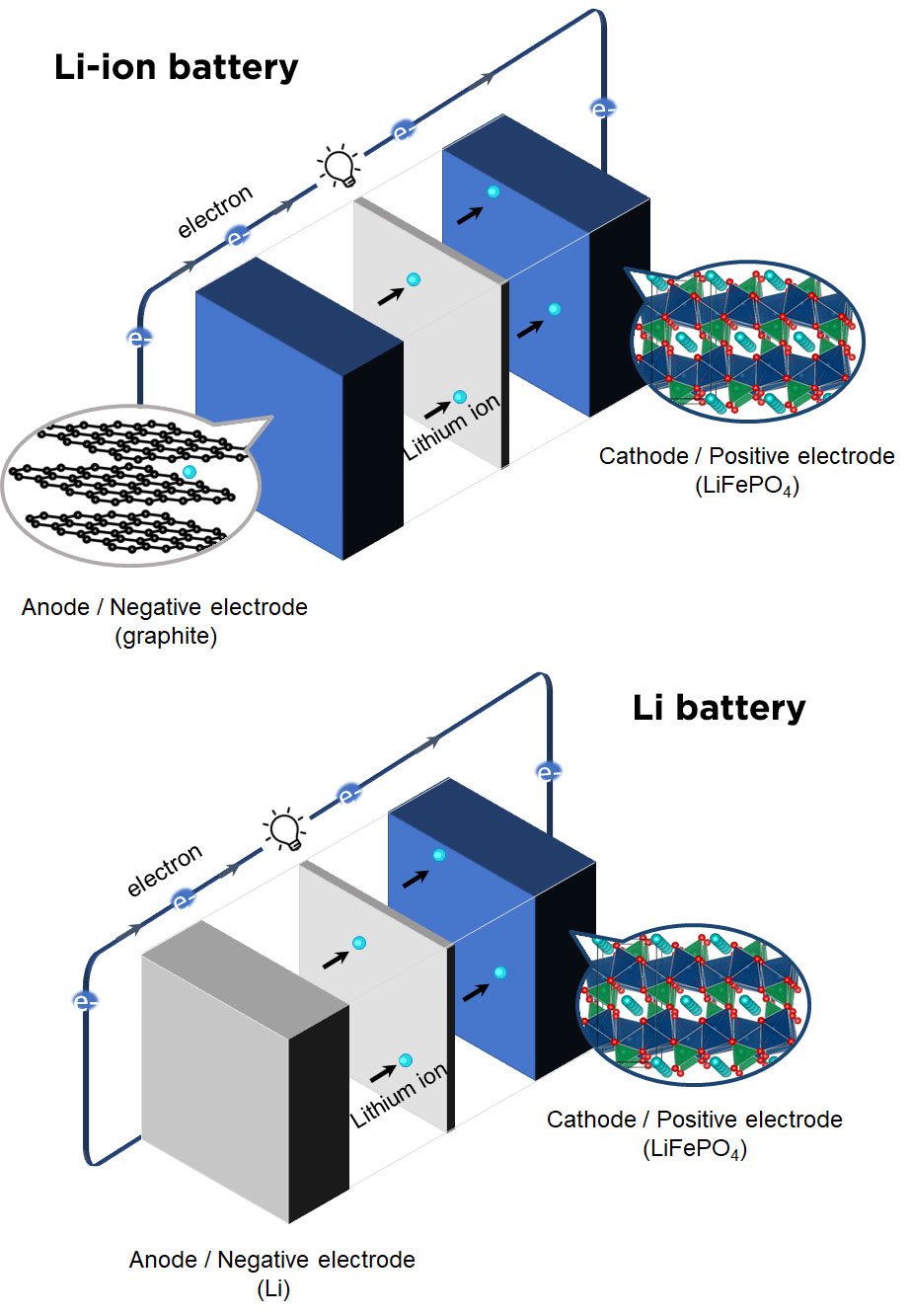 In solid-state batteries, the electrolyte -which enables ionic mobility between electrodes and consists of a lithium salt dissolved in a flammable organic solvent in Li-ion batteries-is replaced by a solid.

Most developments focus on Li metal as negative electrode (post-Li-ion), as represents the major energy density gain, although alternative anodes (graphite, silicon) can alternatively be used coupled with typical Li-ion positive electrode materials (note that this would still be a Li-ion battery).

Very few commercial examples of Li-SSBs exist, although many announcements from different players reveal that this is the most mature technology able to reach the market in the coming years.

Some researchers are also working on other types of SSBs, such as using Na metal (post-Li).

Redox-flow batteries are based on a different concept, as consist in solutions containing electroactive solutes that flow through an electrode stack, in turn composed of porous metal electrodes separated by an ion selective membrane. With this design the energy storage capability of the battery is defined by the size of the tanks that hold catholyte and anolyte solutions, whereas the power density depends on the surface area of the electrode stack size.

To summarize, the Li-ion revolution is undoubtedly giving way to another one. There are now various contenders under development that hold great promise in many metrics.

As it is usual in battery technology, there will not be a battery type able to simultaneously fulfill all requirements (cost, energy density, sustainability, safety, rate, cyclability…). But, the number of choices available will be larger, and these will be selected depending on the application, with hybridization becoming more usual.

Nevertheless, this does absolutely NOT mean that Li-ion batteries are over (as terms such as post-Li-ion might misleadingly evoke). Incremental gains in energy density are still expected in the coming years to finally reach the Li-ion theoretical limit, and the increasing scale of production will most likely lead to lower costs, allowing penetration in stationary applications where cost is the primary requirement. Li-ion cells will still dominate the market in the forthcoming years.

These are exciting times for the energy storage sector, with many opportunities in the entire value chain and overall great benefits for humanity. Initiatives such as the Battery 2030+, aimed at providing breakthrough science for the European battery industry, are a good example of that.

At CIC energiGUNE we did not miss these opportunities. Our current research activities cover a wide range of such technologies, while keeping sustainability as a core value.

Through the last years we have acquired differential expertise -from the atomic scale to the device- in  Li-ion, SSBs, Na-ion, M-air, Li-S, or redox-flow batteries, making relevant contributions to the field both through fundamental projects and industrial collaborations, and trained a number of researchers to face the needs of the sector.

A new era has begun. 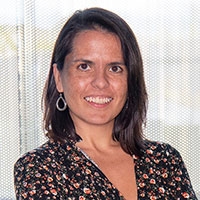