In CIC energiGUNE´s search for alternatives to graphite that increase the energy density of Li-ion capacitors, tin has emerged; a stable, safe, abundant and non-toxic material that, in combination with graphene, manages to operate at high current densities and delivers 100 Wh/kg during almost 20 thousand charge and discharge cycles, maintaining 100% of its capacity.

Li-ion batteries and supercapacitors have traditionally dominated the electrochemical energy storage industry. However, in 2008, a new technology appeared on the market ready to join these two devices on the road to a more environmentally friendly energy transition: Li-ion capacitors; a hybrid technology between Li-ion batteries (capable of offering high energy densities) and supercapacitors (which stand out for their power and lifetime).

Due to this hybridization, lithium-ion capacitors have a medium-high energy and power density and a long lifetime, which makes them suitable for use in complementary energy recovery systems and also as the main energy source in devices requiring high power.

So, in a context where batteries, supercapacitors and Li-ion capacitors are available, it may seem that we have enough energy storage technologies to satisfy all our needs, however, it is still essential to optimize these devices to be able to meet all the requirements demanded by consumers. Therefore, at CIC energiGUNE we are focused on the development of high energy density Li-ion capacitors to widen the window of needs that these devices can competitively meet in the market.

How to master specific high-capacity materials such as tin

Usually, Li-ion capacitors consist of a negative electrode of graphite and a positive electrode of activated carbon. So strategies to increase the energy density of these devices focus on the use of new materials with high specific capacitances that can replace graphite.

One of the most promising materials to meet this goal is tin, which is used as the active material in the negative electrode and whose theoretical capacity is almost three times higher than in graphite (994 vs. 372 mAh/g). Moreover, compared to other high specific capacity materials, tin has many advantages, as it is stable, safe, easy to handle, abundant, cheap and non-toxic, so it meets all the requirements to lead a more sustainable future.

However, the use of tin has certain disadvantages that limit its implementation. The main disadvantage is the large volume changes (up to 300%) that it undergoes during lithiation and delithiation. These volume changes result in sputtering of the tin particles and loss of contact between them, leading to a decrease in electrode conductivity, increased electrolyte degradation, poorer performance of Li-ion capacitors at high current densities and stability problems that shorten the lifetime of the devices.

Nevertheless, not everything is lost with tin.

From the Supercapacitor research line of CIC energiGUNE we have managed to mitigate the effect of these volume changes thanks to the development of a composite based on tin and graphene, so that the graphene acts as a conductive matrix, interconnecting the tin particles with each other, while it manages to dampen the volume changes. This synergy between graphene and tin results in an increase in the energy density of the lithium-ion capacitors and their stability. Specifically, the devices are able to operate at high current densities and deliver 100 Wh/kg for almost 20,000 charge/discharge cycles while maintaining 100% of their capacity, values above those reported to date for similar devices. 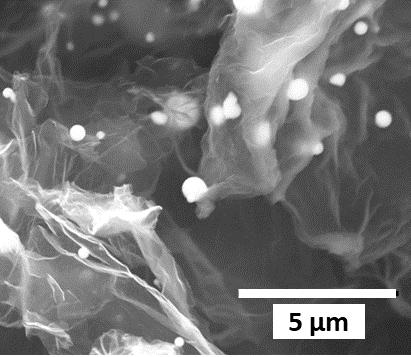 The main keys to this success are the small size of the tin particles, less than 1 micrometer in diameter, the ability of the graphene to wrap around these particles, and the doping of the graphene with nitrogen atoms. During doping, a small percentage of the carbon atoms in the graphene structure are replaced by nitrogen atoms, inducing defects that improve its electrical conductivity and increase the specific capacitance of the electrode and the maximum power at which the device can operate.

Thanks to this research carried out at CIC energiGUNE it has been demonstrated that the use of tin and graphene in the negative electrode can be an effective strategy to increase the energy density while maintaining the lifetime of Li-ion capacitors, opening the door to the use of new active materials that also undergo large variations in volume. Thus, we are already in a position to say that Li-ion capacitors are great candidates to offer us efficient and robust energy storage solutions that have not been exploited to date. 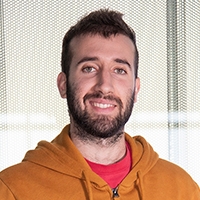