The Council of Ministers has approved the "Hydrogen Road Map: a commitment to renewable hydrogen".

A document, promoted by the Ministry for Ecological Transition and the Demographic Challenge (MITECO) that proposes a plan of 8,900 million Euros and includes 60 measures and sets a series of objectives for 2030.

In this way, it is intended that by that year there will be a production of 4 gigawatts (GW) of installed power of electrolyzers (representing 10% of the target set by the European Commission for the whole of the EU), key for the country to achieve climate neutrality and a 100% renewable electricity system by 2050.

The roadmap also envisages that 25% of industrial hydrogen consumption will be renewable by 2030. And, in terms of mobility, the implementation of hydrogenerators (hydrogen service stations), trains and heavy transport vehicles powered by this product is proposed.

This plan, whose development is contemplated in the Integrated Energy and Climate Plan (PNIEC) 2021-2030, and which has the collaboration of the private sector, highlights some of the opportunities that can materialize: 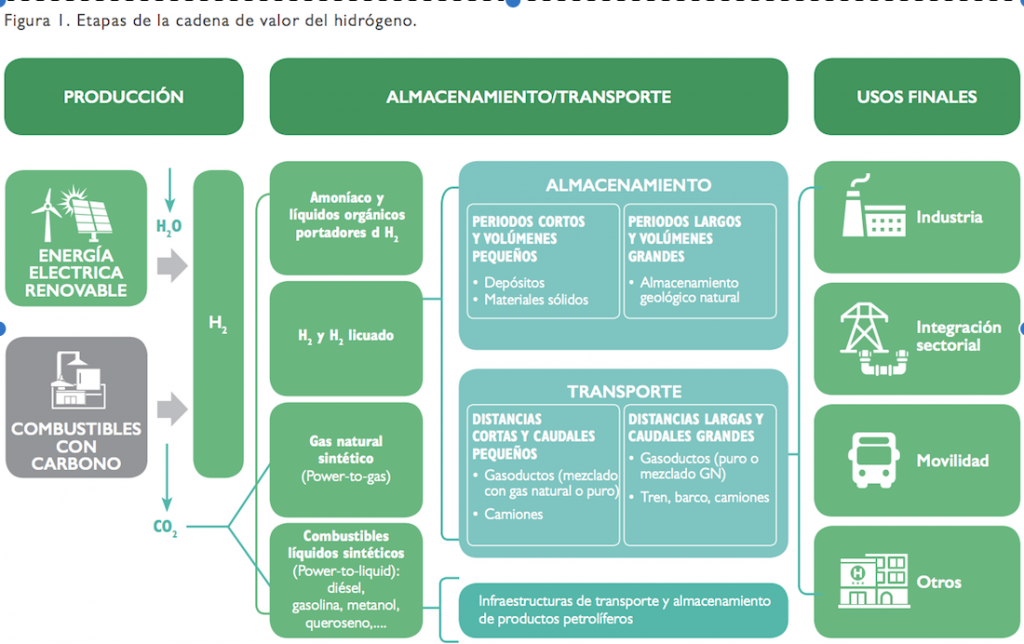 The 60 measures to be developed are grouped into four areas of action:

This deployment will be done in line with the Storage Strategy. These two factors, according to the Road Map, will make hydrogen one of the main assets to make Spain one of the European powers in renewable generation and will lead to a radical change in the current energy paradigm, consolidating a 100% renewable electricity system by 2050.