The research line of polymer electrolytes has discovered a new strategy to trap negative charges in a poly(ethylene oxide) matrix using ether-functionalized anions. This achievement paves the way towards unlocking the full potential of solid polymer electrolytes for safer and more-energy dense technologies than today’s lithium-ion batteries.

Rechargeable batteries are the key to transitioning away from fossil fuel dependence. Today’s Li-ion batteries use carbonate-based liquid electrolytes and intercalation-type graphite anodes.

However, these components have important drawbacks which hinder their future market penetration. On the one hand, carbonate-based liquid electrolytes are flammable and can leak (which makes them inherently unsafe); and on the other hand, graphite anodes provide insufficient capacity for high-energy-density applications.

Not surprisingly, then, the search for better battery materials has become a thriving research field.

First, they are easily conformable, which allow the successful manufacturing in geometries not accessible with conventional materials. Second, they have the ease of processing inherent to plastic materials. And finally, the fabrication is cost-effective, which boosts their commercial application.

In addition, solid polymer electrolytes are often less reactive towards Li metal compared to liquid electrolytes. This beneficial characteristic enables the use of high-energy-density Li metal anode as alternative to graphite. Li metal is an ideal anode because of its extremely high theoretical specific capacity, low density, and low electrochemical potential.

Solid polymer electrolytes were first proposed by Michel Armand in 1978 within the concept of all solid-state lithium metal batteries. Since then, these materials have been deeply investigated. And the automotive industry has already brought their applicability to the spotlight.

In particular, Bolloré Bluecar® and Bluebus® electric vehicles have been introduced as public car-sharing services in cities such as Paris, Indianapolis, or Singapore. This represents a clear example of the viability of the technology. 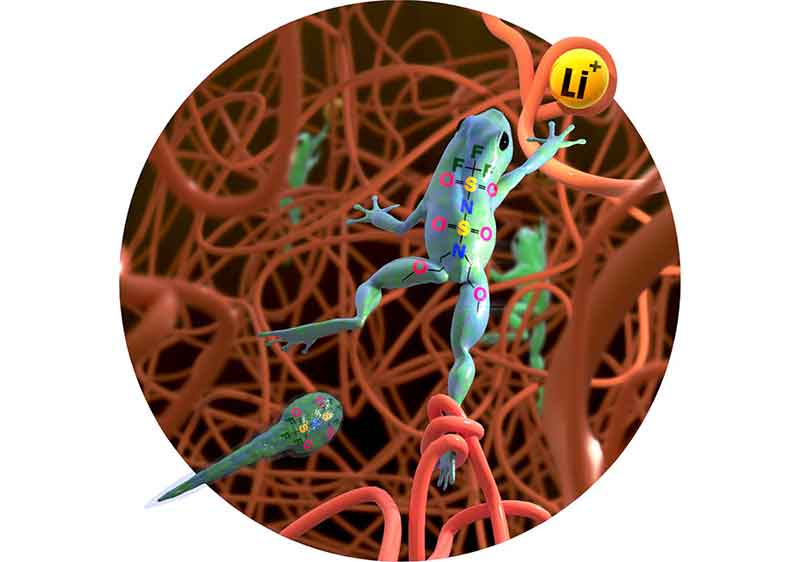 Yet, before we can see the full potential of solid polymer electrolytes, important fundamental issues must first be addressed. In particular, these materials suffer from low charge efficiency during cycling and hazards caused by uncontrolled lithium dendrite growth at room temperature. These issues lead to short battery life, abrupt battery failure, and potential safety problems, which obviously hinder technological application.

A way to solve these issues is restricting the mobility of anionic species in the polymer matrix. This avoids the concentration gradient appearing during the charge and discharge processes, preventing the anion depletion at the vicinity of the Li metal anode and, therefore, the formation of undesired Li dendrites.

Over the last decade, different methods have been proposed for suppressing the anion mobility. Yet, researchers often faced important limitations.

In particular, low anion mobility is generally achieved at high expense of total and Li-ion conductivities. This is a consequence of a decreased segmental mobility of the polymer backbone upon the addition of rigid anion traps. And alternative methods typically involve chemically arduous modifications of polymers or inorganic particles for tethering the anions, which significantly reduce processability and cost-effectiveness.

Commonly used Bis(trifluoromethanesulfonyl)imide anion (TFSI) is highly mobile in poly(ethylene oxide) (PEO), a polymer matrix widely employed during the past four decades. In contrast, the ethylene oxide “legs” in EFA endow trapping interactions between the anion and PEO, as featured in the inside cover of Angewandte Chemie International Edition Volume 58, Issue 35. This significantly suppresses anionic mobility but yields sufficient Li-ion conductivity.

Most importantly, the advantageous highly selective Li-ion transport of EFA-based polymer electrolytes enables the stable cycling of a lithium metal anode. This has been demonstrated by the observed good performance of a Li || LiFePO4 cell.

From a fabrication viewpoint, the EFA-PEO solid electrolyte polymer has good thermal stability and is expected to show ease of processing. 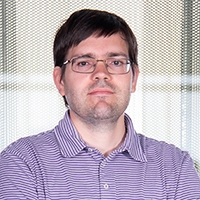