The Ikerbasque Foundation has named two researchers from CIC energiGUNE, the Basque research centre of reference in electrochemical and thermal energy storage of the Basque Research & Technology Alliance-BRTA, to the group of scientists that are part of this support platform for research promoted by the Basque Government.

In particular, doctor Montse Casas-Cabanas has been named Ikerbasque Research Associate, being a part of the Foundation’s group of permanent scientists, while Ana Catarina Lopes is, from now on, Ikerbasque Research Fellow. Both of them conduct their research work at CIC energiGUNE and will count with the support of the Basque Foundation for Science, which promotes the development of scientific research in the Basque Country by attracting top researchers.

It is the case that doctor Casas-Cabanas has recently been named Scientific Coordinator of the electrochemical area of CIC energiGUNE, which is considered to be one of the pillars, along with the thermal area, of the scientific work at the centre.

The research work of Montse Casas-Cabanas has been focused on the design of functional materials in the field of energy storage, as well as the study of the phenomena that these yield. Her training in solid-state chemistry and crystal chemistry is especially remarkable, as is her experience in various energy storage technologies.

Her involvement in the development of the FAULTS program should be stressed, as it has become a reference for researchers and professionals in the battery industry when quantifying planar defects in crystalline materials and establishing correlations with its properties; as well as her contribution to the development of new materials for various energy storage technologies.

Doctor Casas-Cabanas has been Principal Investigator in several European projects and national plans and she has taken part in some projects connected to the business sector. Additionally, she is the coordinator in CIC energiGUNE for the Eramus mundus MESC+ master and a representative of CIC in the European network Alistore that gathers 20 research centres and 12 European companies around advanced research in energy storage and its transference short- and medium-term in the continent’s industry. 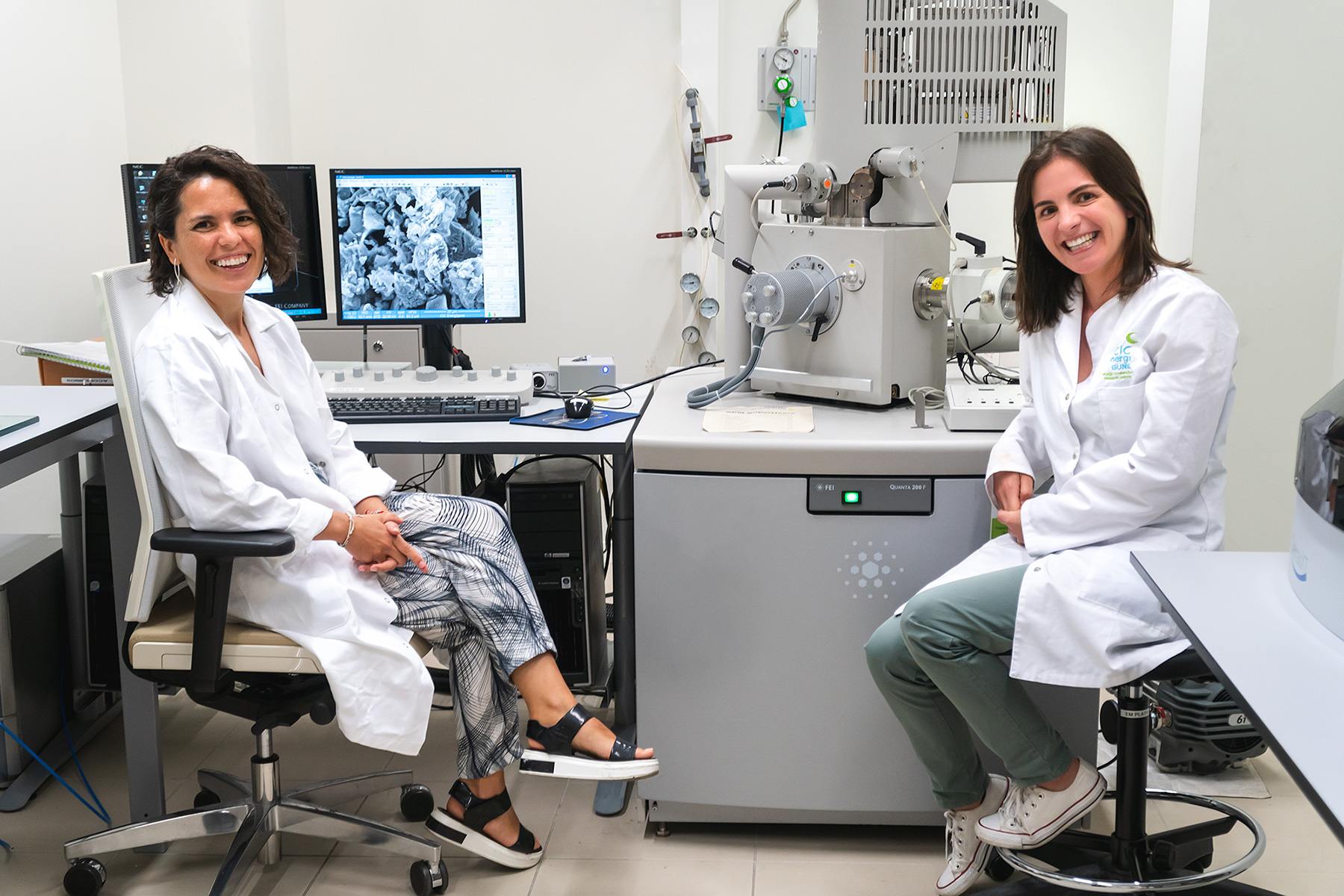 Ana Catarina Lopes, on the other hand, has been part of BCMaterials Spain before joining the CIC energiGUNE, where she received a “Marie Skłodowska-Curie” scholarship for a biological detection project with functionalized magnetic sensors. After getting a PhD in Sciences- Physics from the University do Minho, in Braga (Portugal), and after having completed a stay at the University of Münster (Germany), she currently collaborates with the acuumschmelze GmbH company, world leader in the development, production and know-how application of soft, semi-hard and hard magnetic materials.

Lopes’s work at CIC energiGUNE focuses on the development and characterization of new materials for applications in the area of redox flow batteries. In this sense, Lopes currently takes part in the European project HIGREEW, led by CIC energiGUNE, which aspires to develop redox flow batteries that are 100% sustainable and of a great energetic density. Ana Catarina Lopes’s main lines of interest are intelligent electroactive materials for applications in the sensors, actuators and energy areas.